Two more videos today from my world run, one being a video call with the Today Show in Australia that I did from Germany late in the evening. I’m always amazed at how tired I look when I see this video. It was actually a combination of tiredness, along with windburn and ‘cold burn’ from running for days in sub zero temperatures. It temporarily changed the skin on my face to being red and saggy.

No dramas today – just a nice run, mainly on cycle paths, and I even saw a bit of sun.

It was a quite a hilly day. Each town was in a valley, and there was a steep rise on its eastern side. There was also a lot of forest to run through. With the sun out during the morning, it was relatively warm in the open, but still quite cold in the shade created by the forests. The afternoon was flatter, and the sun disappeared as well.

It’s such a different day when I can run on the cycle paths, without worrying about cars.

Carmel is developing a lot of RSI in her wrist from all the downloading, culling, editing, & uploading of her photography. There are also numerous other computer related activities connected with the website, so we decided to have a photo-free day. She often has to cull up to 600 photos per day, which is causing a problem. Hopefully a rest will alleviate the problem somewhat.

It was still snowing when I set off, and at one stage, it looked like a blizzard was setting in. Visibility was down to about 200 metres. However, the conditions improved, the temperature got above zero, and the snow started to melt. The day wasn’t too bad in the end.

I headed north from Dachau, through rolling hills, much of it on cycle paths. I’m glad the Germans have so many cycle paths, as the roads can be a bit dangerous otherwise.

I saw a few other runners – probably more in a one day than I’ve seen since New York City, when hundreds were training for the upcoming marathon. A few went past me in the same direction as I was running. Compared to me, they were flying.

Let’s see whether tomorrow brings more snow. The locals are saying it’s the latest winter in living memory. Maybe so for most of them – I did hear that it has been officially London’s longest winter in over 50 years. I’ve really picked the extreme seasons for this world run. It was the hottest summer ever recorded in the US mid-west when I ran through that region last year, and now the longest winter in Europe for a generation or two. At least I can say I didn’t have it easy. 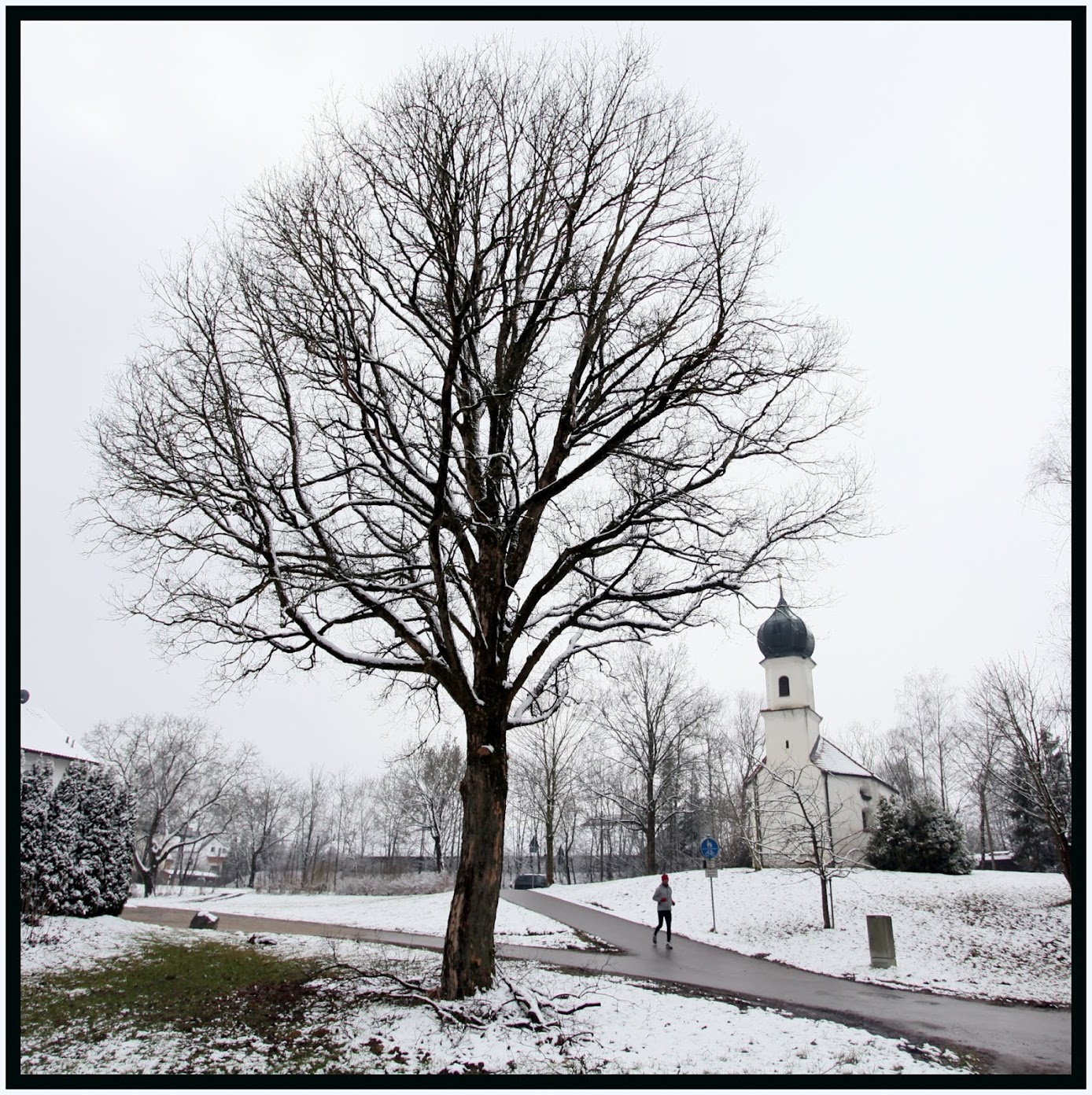 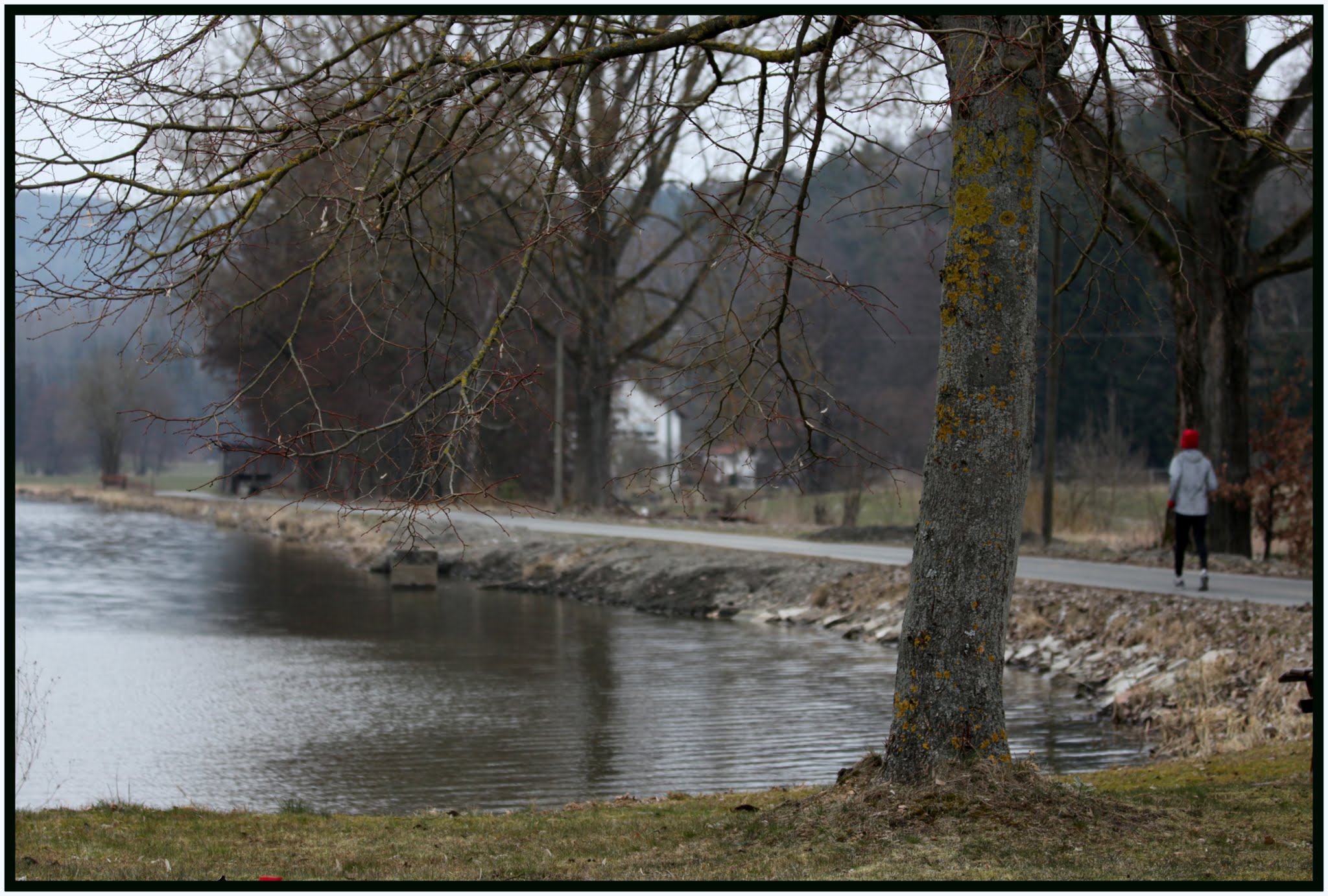 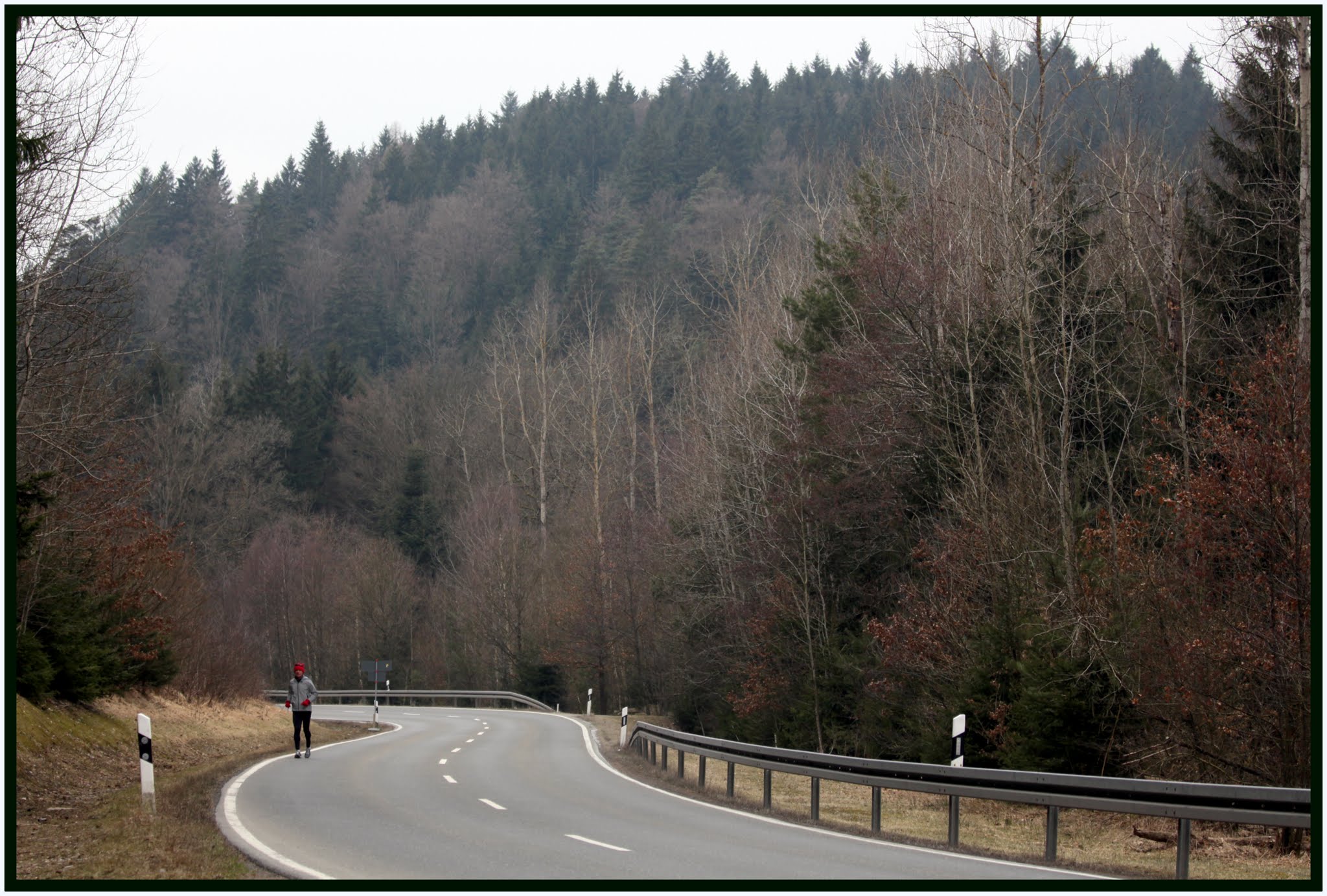