I imagine there are plenty of people out there who are doing more running at the moment than they usually do. Although I initially had a few lighter weeks at the start of the restrictions, I’m back up to a good mileage now – as I mentioned last time, I’ll reach 120 km this week.

Anyhow, let’s go back to more interesting times in 2012 and 2013. There are two videos below, one from the amazingly beautiful Czech town of Telc (there’s also a photo from the same place). The other video is from just north of Telc, where I checked out a frozen lake.

The photos are a little eclectic today – some standard running photos, but a few with a twist. Frozen lakes and forests in snow in Czechia, and I laughed when I reached a sign in Austria indicating it was 2 km to Windpassing. There are also a few photos from New Mexico on this date in 2012. I reached the very small mountain town of Madrid that day, north-east of Albuquerque, named after the Spanish capital, no doubt.

While having dinner at a small bar/restaurant in Madrid that evening, we discovered it was the location for a large part of the filming of the movie Wild Hogs, starring John Travolta, William Macy, Tim Allen, Martin Lawrence, Peter Fonda, Marisa Tomei, and Ray Liotta. In fact, there is a crucial scene (I hadn’t seen the movie until after I found out about all this) set in the very same restaurant we were eating in. You can see me passing that restaurant earlier in the day in one of the photos – the one with the red umbrellas outside. Just another bit of trivia you amass when running around the world. 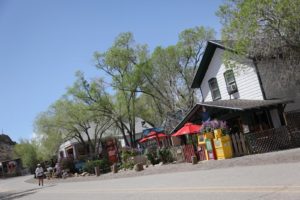 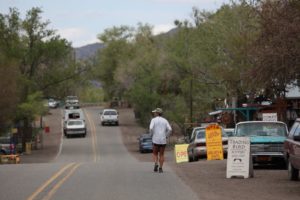 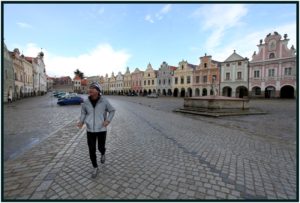 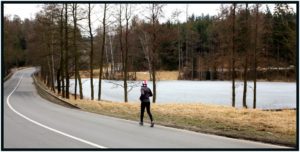 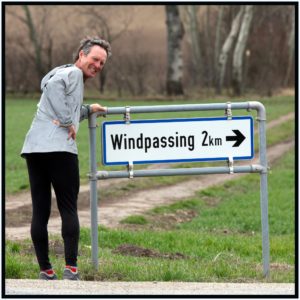