Not much on the horizon in terms of competitive running at the moment, as I’m sure is the case with everyone. I’m just getting out there every day and maintaining my fitness. Yesterday I managed 26 km (I always try to make Monday a big day), which included 1 km in 3:39. It’s important to fit in a little bit of speed on occasions. It’s a case of “use it or lose it”.

This time of year was quite interesting for me in both 2012 and 2013. I had just passed through Sante Fe in New Mexico in 2012. Sante Fe is definitely worth a visit (once travel is allowed again). Besides the modern cultural and intellectual vibe, it also has a deep history going back centuries. For example, I found myself standing in front of a building which, when I read the small plaque out the front, I discovered was where Billy the Kid was temporarily jailed when captured by Pat Garrett in 1880.

In 2013 I reached Bratislava in Slovakia on this date. More on Bratislava in the next post, as we revisited it a couple of days later with friends. As for the photos, they show the Rocky Mountains of New Mexico and the cycle paths of Austria on the day I reached Slovakia. 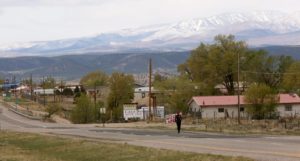 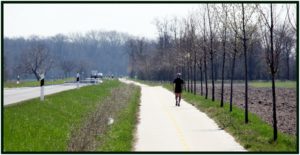