Despite it being April, both years  that I was running around the world (2012 and 2013) at this time involved snow. I had just reached Colorado in 2012. There are two photos below from consecutive days. One was warm and sunny, the next was snowy and bleak. There’s also a photo of Carmel and Libby in the Main Street Brewery Restaurant in the town of Cortez. We had a great time there – if you ever find yourself in the south western corner of Colorado, drop in to this place and say hello for us.

It was still snowing in Germany in April of 2013 too. There are some photos of that time below too, including one where Carmel made me wear an Easter hat. There are also two videos from this time, one being an interview I did with the Today Show on Skype. It was late in the evening for me, and you can see how exhausted I look after a 50 km day of running in the snow. 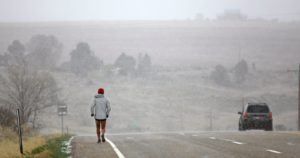 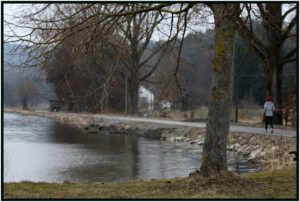 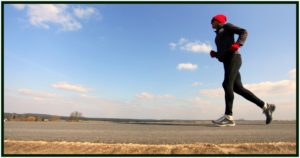 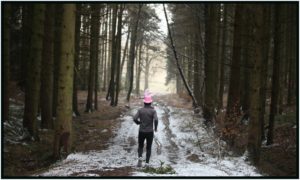