I hope everyone is coping adequately with the various restrictions that have been imposed, especially if it also comes with a loss or reduction in income. I don’t have any magic bullet solutions for you, but getting out for a run can’t go astray.

If you have some time on your hands, the following videos might be of interest. The first is as I reached the top of a high pass in the Rocky Mountains in Colorado. It started to snow as I got to the top. There’s also one of a bunch of emus I past the next day.

The third video is a long one, taken as I ran through the Czech town of Kladruby. It was a very unusual experience, with loudspeakers throughout the town blaring out some sort of communal instruction in Czech. Anyhow, it’s a good example of a medium size town in the western region of the Czech Republic.

Then there are some photos from this time in 2012 and 2013. A couple from Colorado and New Mexico, and the rest from Germany and Czechia, including the moment I crossed from the former country into the latter. That would one time have been a heavily fortified border crossing, but now it’s just a series of billboards trying to entice Germans to gamble, among other vices, in Czechia. 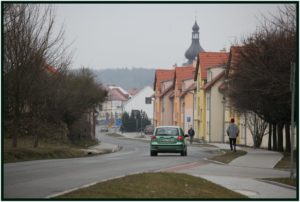 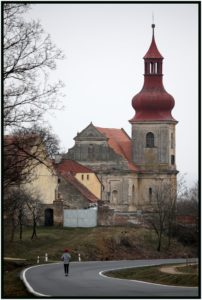