Three world run videos today, as I made my way through New Mexico in 2012. These include a dodgy singing voice in the small town of Cuba, and some incorrect references to Guinness World Records when interviewed by a local TV station. The third video is actually this television news report.

Had a surprisingly good day, despite a long stretch of nondescript vegetation and town-less rolling hills that could be construed as bordering on boring. However, I felt fine and didn’t get bored at all.

Ran above 2,000 metres all day again, reaching a maximum of 2,232 metres. Not many people do such prolonged altitude training. Too bad I don’t have any races to participate in – only joking, as I am sure I’d get injured if I ran much faster than I’m now used to.

Have to race off now for a shower, and then it’s down the road to a great little place that’s offering Happy Hour on margaritas – woo hoo!!!

I got the tracker to update when I arrived, via the hotel wireless system. At least you can see where I am currently situated, even if there were no updates during the run.

We’ve found a new way for the girls to support me during the days when there are no shops or service stations along the way. I decide on certain mile markers, and the support crew drive ahead and leave drinks and food at these pre-arranged locations for me to pick up as I pass by. This allows the girls to go ahead and arrange the accommodation for the day, without having to sit out on the road all day waiting for me. I have even worked out a way to “carry my empties”, as I won’t discard any rubbish while on the road. Apparently many others don’t think similarly, as the sides of the roads are veritable pig sties, with rubbish strewn everywhere. I refuse to follow suit, and arrive in town with empty drink bottles tied to my running belt. 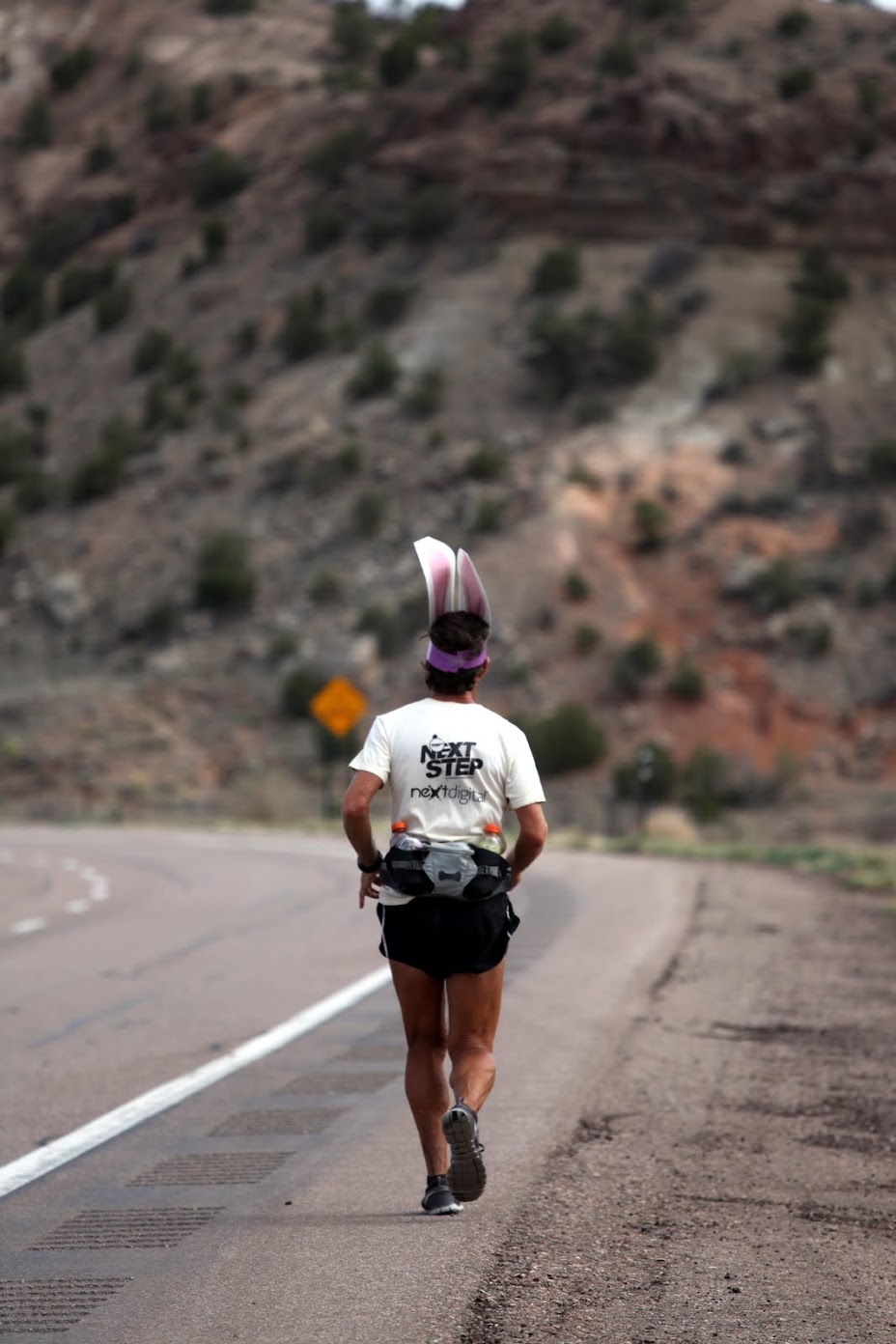