I ran a very comfortable 1 km in 3:41 this morning, as part of a much longer 19 km run. I’ll add a bit more later this afternoon to the distance for the day. To go much faster than that, I reckon I’ll need to so some even shorter and faster speed work – maybe 200 metre repeats.

I received an email today letting me know that my blog site (the one you’re reading now) has been named in the 2019 Roundup of the Most Helpful Blogs for Runners by a US based running site. You can read more about this here.

On this day seven years ago I was flying back to the US to recommence my run around the world from a point in Arkansas, just west of Memphis, Tennessee. I had to cross the Mississippi on that first day back, which was a lot harder than you might expect. While there is a pedestrian lane on the bridge, there’s a long approach section to the bridge which is a freeway without any pedestrian access.

My only option was to run underneath the freeway, through thick overgrown bush and swamp ground. I saw one huge lizard, and I’m sure there were snakes too. It was a scary experience. Once across, though, I had an easy jaunt into Memphis, where we enjoyed the hospitality of the local running club, as well as a night of music on Beale Street.

Below is a video of our time on Memphis’s world famous music street, along with some photos from the day, including the popular ducks in the Peabody Hotel where we stayed, courtesy of the proprietor of the local running store, Barry from Breakaway Running. There’s also a photo of me speaking to the running club in their favourite bar. 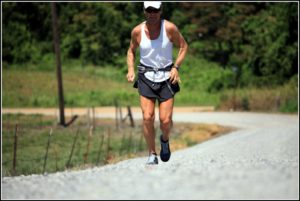 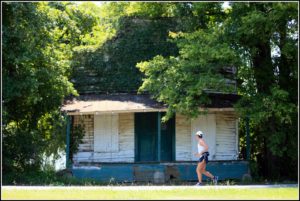 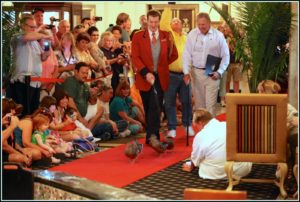 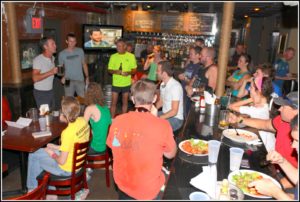