Today’s foray into the realm of speed involved 500 metres (1:44) and 4 x 100 metres, with the last timed at 16.8 secs. This is precisely 7 seconds slower than the Olympic champion ran last night to win the gold medal. That means he would beaten me by more than 40 metres. That’s not so bad, is it?

The video below is from when I reached the 10,000km mark in the world run. This was achieved in Missouri when Hannah was travelling with us. Hannah conducted the interview. They were hot and humid days during my time in Missouri.

Sorry everyone, I just wrote a long blog and lost the lot when the internet cut out. I will just write an abridged version now.

Today included seeing lots of dead armadillos on the road – they look like a cross between a possum and a tortoise. I also reached the 10,000 km milestone, and in just seven months. The girls produced a banner to include in the photos. Have a look at these on the Home page when they’re up.

Thanks to Aaron from the Longhorn Motel for a generous discount on the room rate tonight. It’s much appreciated.

My first 20 km today were on rough gravel. It left my feet and ankles a bit sore, but nothing to complain too much about.

I did see two baby tortoises (or were they terrapins? It was difficult to tell, as they retracted their legs, so I couldn’t see their feet. Their shells were like hemispheres – quite different to those I’m used to in Australia and those I’ve seen in the western US). Both had gone into their shells in the middle of the road, and were sitting ducks for the next car that came along. I moved them to safer locations.

Today was a little different. The girls “split shifts”. Carmel accompanied me this morning, while Hannah did the duties this afternoon. It was good of Hannah to relieve Carmel, who has been doing support crew “duties” for over seven months now without a break (not that she ever complains). She is doing a fantastic job, and I couldn’t survive without her contribution. That said, it was nice to have Hannah taking over for half a day.

While Hannah was with me, I ran past a house where a young pup ran out to greet me. It was so friendly, and wouldn’t return home – it wanted to jump all over me, and had no road sense. I had to stop cars as they approached, to ensure the dog didn’t get hit. Luckily, Hannah was just up the road, waiting. I took the dog to her, and we put it in the car (sorry Chook and Don) and I had her take it back to the house while I ran on. At least it survived and will hopefully reach adulthood. But, based on its street sense and the proximity of its home to a busy road, I am not overly confident. 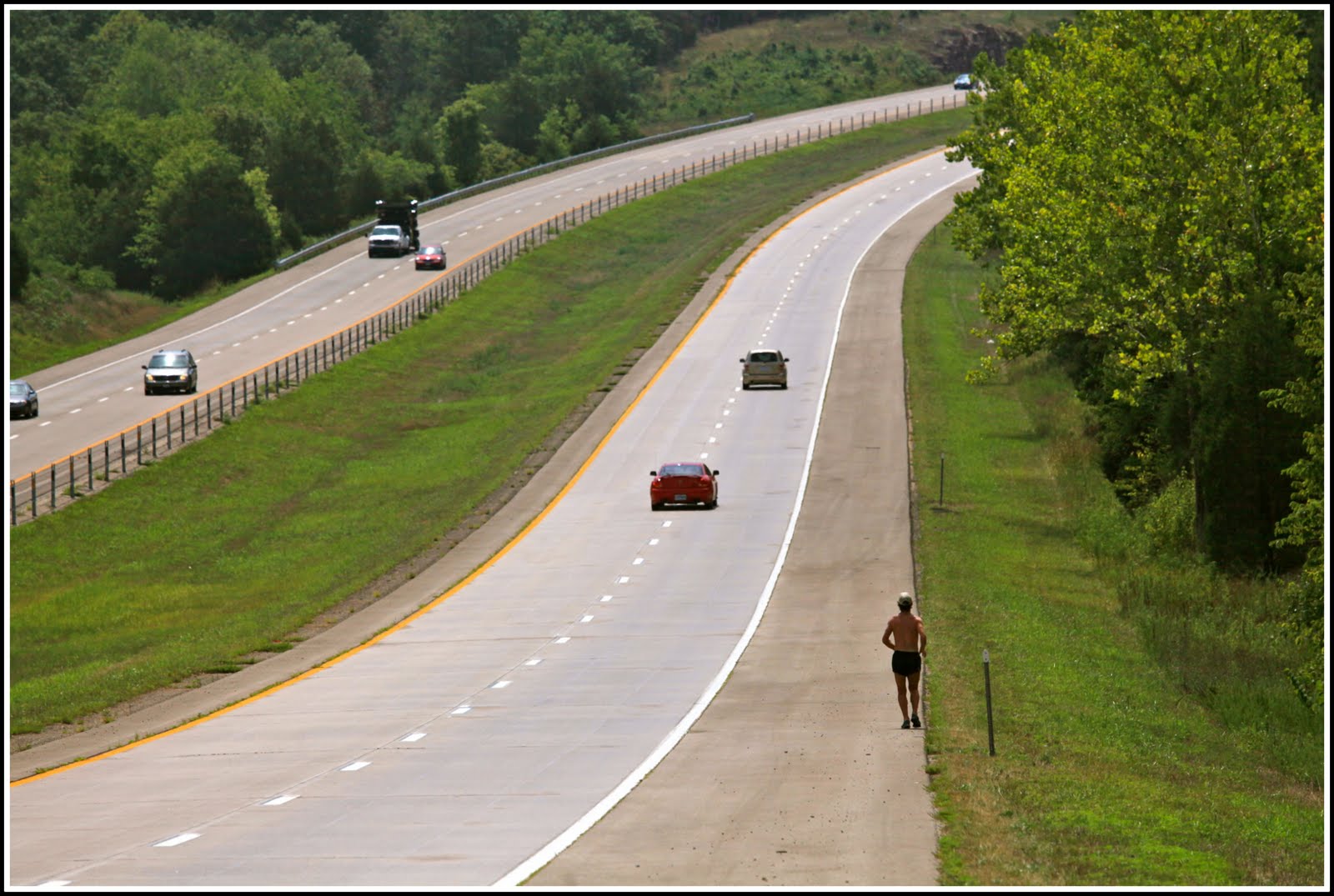