I ran a fast kilometre this morning, stopping the clock at 3:36. That’s my fastest for a few years. It was almost flat out, although I wouldn’t call it 100%. Happy with that.

I’ve had a very good response to the song I posted a few days ago – too many to thank everyone individually, but I’d like to say a collective thanks to all who did respond. I have had several questions as well. I thought it might be easier to answer some of them below, in case others were thinking along the same lines.

Anyhow, I’ve put the link to the song on the Twitter feed you can see on the Home page of www.tomsnextstep.com. It’s two years since I’ve posted anything on that link (you can see I don’t think much of Twitter), so I’ll leave the link there for anyone who wants to listen to it in the future.

Here a couple of photos from five years ago, as I was making my way from Melbourne to Sydney on the last leg of my run around the world. The guys are Dave (who was my support crew for a few days) and Darren (who worked for Asia Pacific Digital – my sponsor). Darren had driven up from Melbourne to meet me that morning in Broadford. 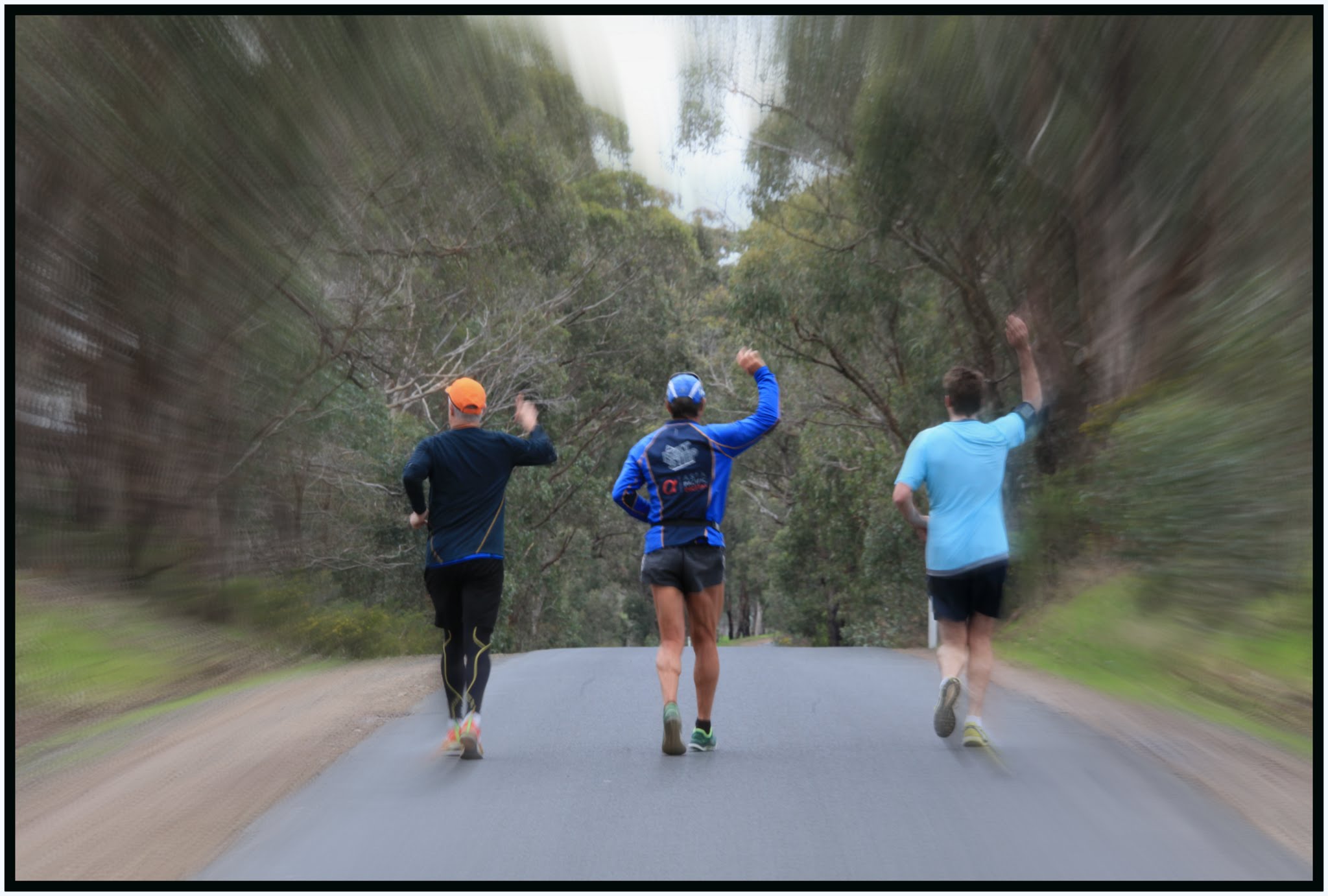 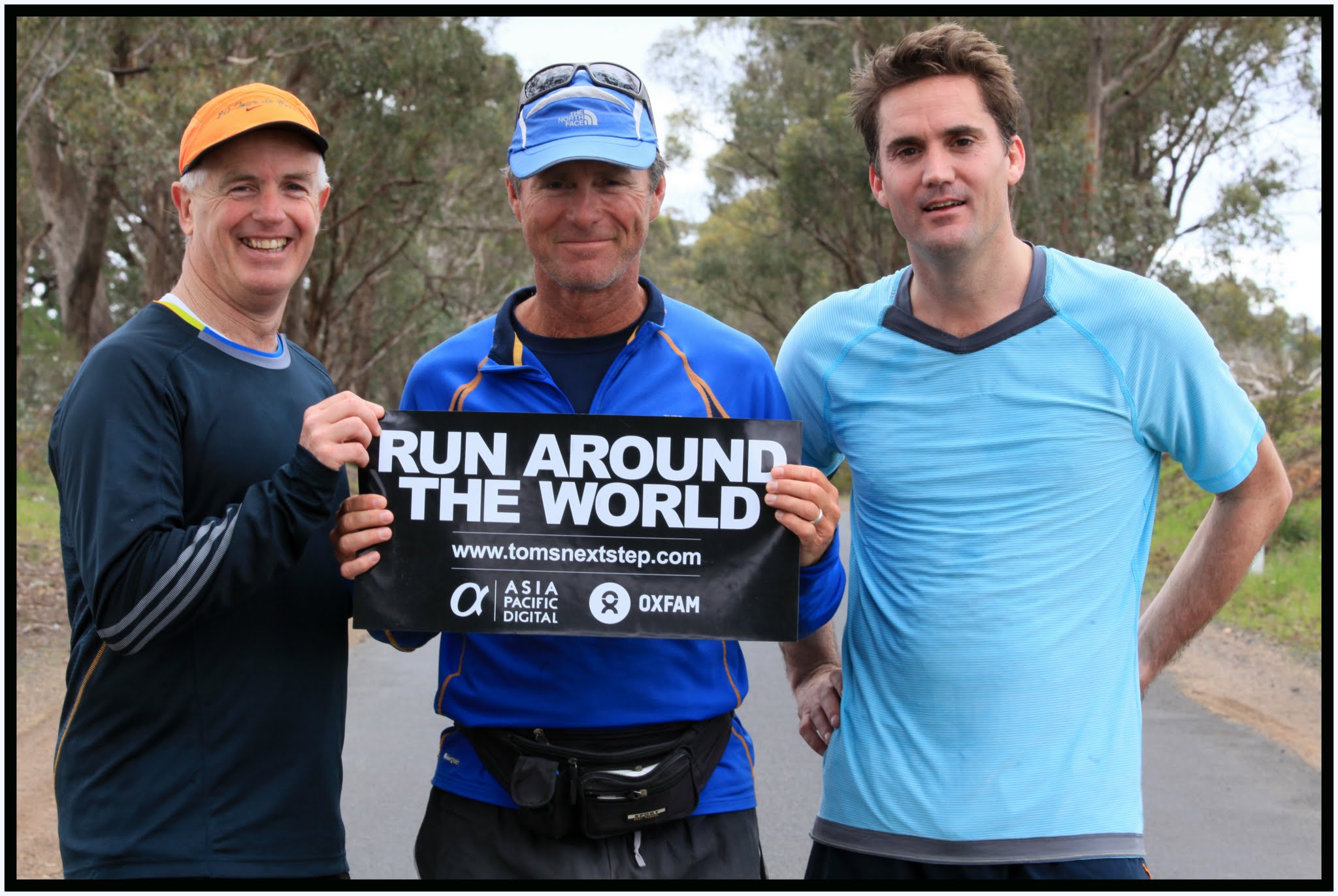