Today’s sprints entailed a session of 10 x 50 metres. The shorter distance means it’s easier to maintain a higher intensity. And I do feel like I’m getting faster over these shorter distances, which is translating into faster times over the middle distances too, like 1 km and 1 mile.

It might seem like I’m a bit fixated on the time trials I’ve been doing lately. The truth is, I’ll never again run a personal best at any of these distances, so I have to set a different type of goal. Setting a new batch of “age appropriate” PBs at least gives me something to aim at. It will also be a good way to document the gradual decline in times over the coming years, as I try to stave off that decline for as long as I can.

Lots of photos from the world run today, with a focus on dogs. I probably attracted more dogs running along side me in the state of Mississippi than anywhere else. You’ll see three of these dogs in the photos below. There’s also one when I reached eight years without a day off. That record has now been extended to 16 years as of tomorrow.

The photos from Australia were taken north of Melbourne, near the town of Broadford, including one with my good mate, Dave, as well as Darren from the Melbourne office of my sponsor, Asia Pacific Digital. Carmel had bought us all a pie to eat on the road. As you can see, we really enjoyed those pies. 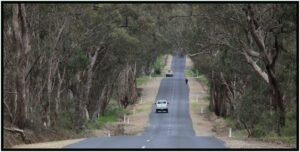 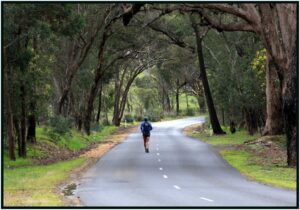 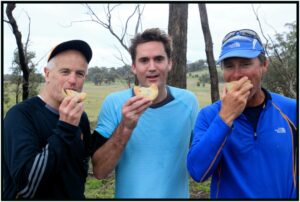 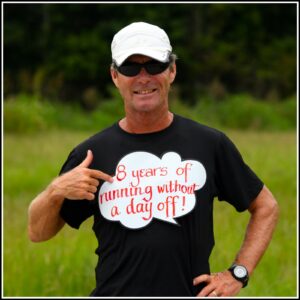 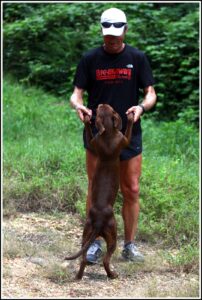 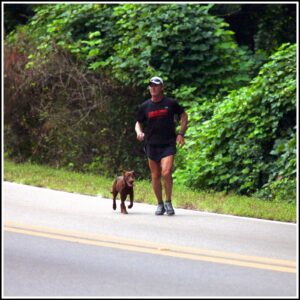 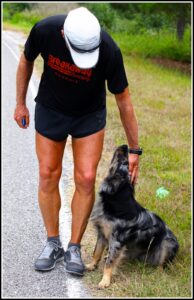 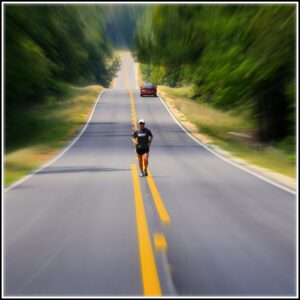 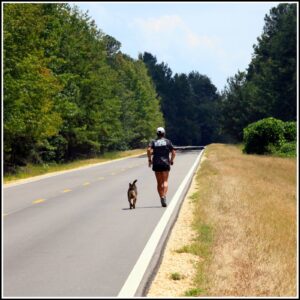