Today marks 13 years to the day since I last had a day off running. I celebrated the occasion with a nice 8 km run around the town of Bormio in the Italian Alps. By the way, during that 13 years, I’ve run more than 83,200 km, averaging over 17.5 km per day.

My legs are quite heavy after yesterday’s climb of the Stelvio Pass. As mentioned, it’s the third highest pass in Europe, and only misses being the highest by a handful of metres. To get a sense of it, imagine riding up a very steep hill, non-stop for 24.5 km. It rises almost 2 km vertically. Below are some photos from the climb. The first shows the two young guys who rode up to me, but who I subsequently dropped after a few kilometres. The next photo is a little later on a hairpin bend. The final photo is one Carmel took of Bormio last night during dinner. 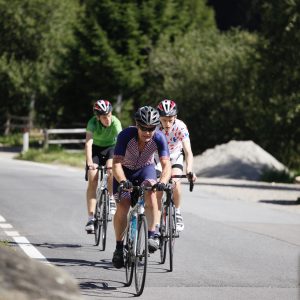 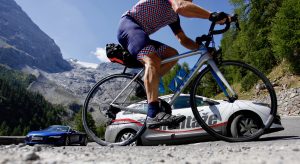