So far this year I’ve run 100 km or more every week except for one, and that was when I was travelling in Europe for work. I’m on track for a yearly total well over 5,000 km.

A couple of photos from this day five years ago. I started the day of running just south of Nagambie in Victoria with both Dave and Jeff. After 14 km, Jeff left to go back to Melbourne, but Dave continued for the rest of the day, setting a new record of 57 km for the longest anyone had run with me in a single day, beating Eric’s previous best of 56 km. Dave was actually ahead of me in the photo below. 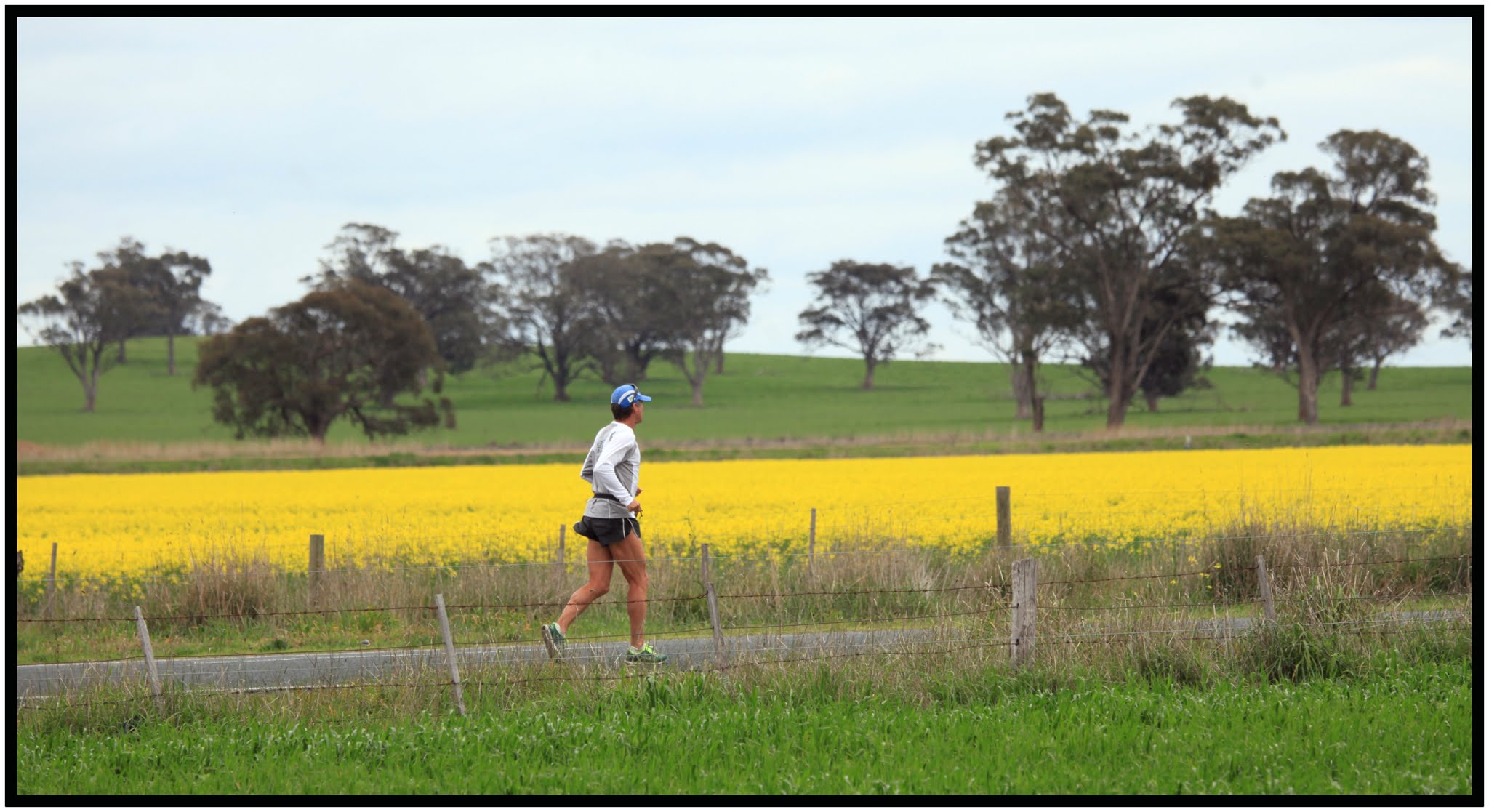 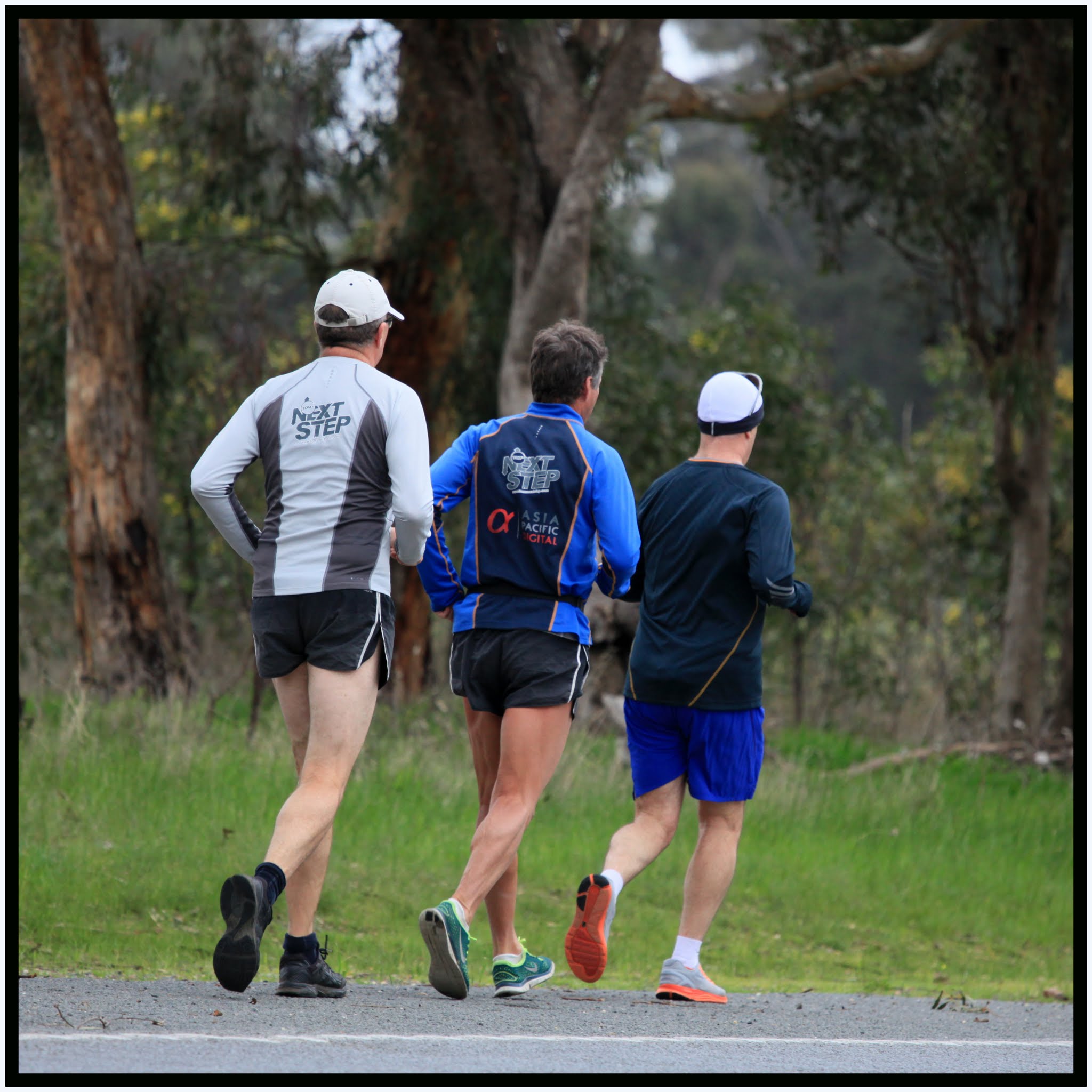