This morning I ran the same sprint ‘ladder’ as last Monday, only in reverse – 100, 75, 50, 25, 25, 50, 75, 100, all in metres of course. It’s much easier mentally to vary sessions like these. It would get a bit boring doing the same workout every time. I’m not sure what distance I’ll attempt for my Thursday time trial. I might not decide until the day.

Today’s video from the world run was filmed by Hannah near the Missouri town of Cherokee Pass, as I reached my 10,000th km of the run. Thankfully, it turned out I only had another 16,232 km to go, not the stated 19,000 km in the video.

There are also six photos from around that time, as I was making my way from Missouri toward Arkansas, including one with Hannah running with me. The other three photos are from around the Clare and Barossa Valleys, which are fairly obvious from the vineyards in the foreground and background. I passed the 24,000 km mark just before I reached the town of Clare, which meant I’d run precisely 14,000 km in the previous 12 months. 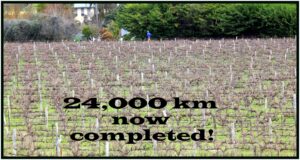 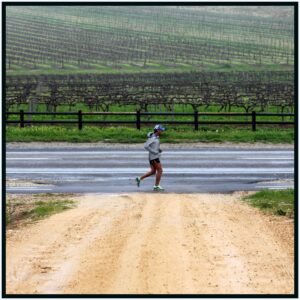 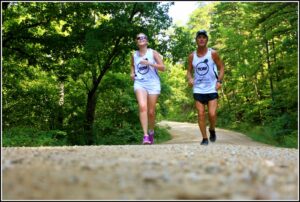 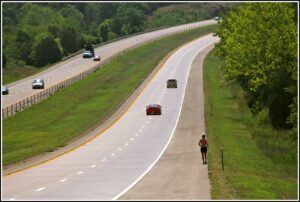