This morning I passed 4,000 km for the year so far. Given that today marks two-thirds of the year passed already, it means I’m theoretically on track to reach 6,000 km for the year in total. However, the last part of the year has traditionally seen me do less running, so it will be interesting to see if I reach that target or not.

I have a video for readers today. This one was taken as I entered the city of Nashville. There are also several photos. Let me describe a few of them – the Australian-based photos were from my time running between Albury and Wagga with the Hud. He and Sue had joined us for three nights on the road. The Hud ran 60 km with me that first day. You can see us making a ’60’ sign with our fingers in one of the shots.

Other photos include Carmel and Sue, along with another of four girls, who are, from the left, Maxine (Carmel’s niece), Jenny, Carmel, and Sue. Jenny had joined us that day for the first time on the world run since Phoenix in Arizona, almost a year and half earlier. She’d spent five weeks with us, from San Francisco to Phoenix.

There are also a few photos as I approached Nashville a year earlier. The close-up of me is a shot Carmel took as I watched the car, whose I’d just changed a tyre, head up the highway on the wrong side of the road (I described this in the previous blog). You can see the worried look on my face, wondering if the heavily drugged women driving the car were going to kill someone. 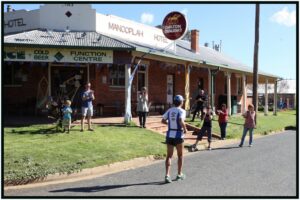 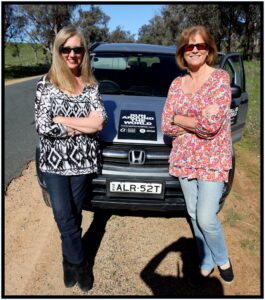 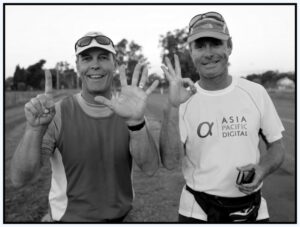 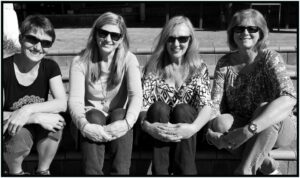 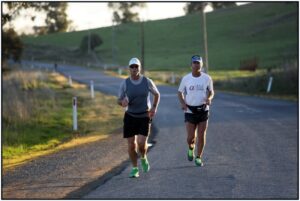 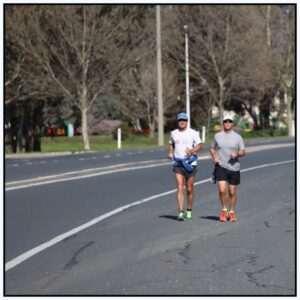 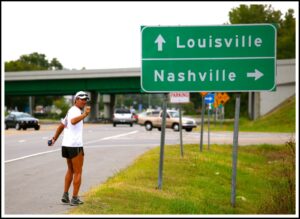 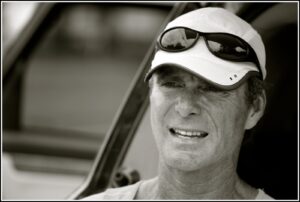