Tomorrow I’ll be having my first professional treatment on my heel. I don’t know how it will go, so I won’t talk any further about it here. More to come in future posts.

The world run historical posts are from Adelaide and beyond, which I was running nine years ago today. I encountered a bit of bad weather for a few days, but it didn’t take away from my enthusiasm at getting close to finishing my run around the world. The end was only five weeks away.

It’s hard to enjoy a run when the weather is as atrocious as it was today. A howling westerly wind, and regular squalls of horizontal rain, along with single digit temperatures, made it a day of which I was keen to see the end.

It’s a pity, as I was running through the heart of the Barossa Valley, widely regarded as where the world’s best shiraz is produced. It’s a beautiful region, dotted with winery after winery, and lovely towns like Kapunda, Nuriootpa, Tanunda, and Lyndoch. I passed some of the biggest of the wineries today, including Penfold’s, Wolf Blass, Peter Lehman, Grant Burge, and Jacob’s Creek. The latter is named after an actual creek which flows between the vineyards.

Carmel, Sue, and Bob spent the day checking out many of the wineries and local shops. They put me on to a German bakery in Lyndoch, where I had one of the best meat pies of the whole world run – it was definitely in the top three.

Tomorrow I’ll be heading into Adelaide, the biggest city I’ve been to since leaving Perth.

Yesterday was interesting. I left Adelaide early, being passed by Bernie and Lesley on their way back to Sydney. Soon after I reached the Adelaide Hills and began to climb. I was on a cycle path, but it soon ended. I then had no choice but to run on the freeway, which pedestrians were banned from. I even had to run through a major tunnel. Then it happened – a police car pulled up with his lights flashing. He informed me that drivers had been calling the police to let them know a runner was on the road. He was very friendly, and simply asked me to hop off the freeway at the next exit. Then, a few minutes later, another police car pulled up with his lights flashing, with the same message. Once again, he was very nice about it all. I was able to exit the freeway very soon after.

It was a very hilly day, with the most climbing I’ve done for many months. The Adelaide Hills is a very beautiful area, very reminiscent of the Blue Mountains, and towns like Leura and Blackheath.

Later I passed through Hahndorf, which is the oldest German town in Australia. It’s also a classic, with most buildings made of stone. It also had a great German bakery, with delicious meat pies.

I ended the day in Kanmantoo, where we were joined by Bob and Sue. It was their last night with us, and they left this morning to head back to Sydney. We currently have no friends travelling with us, for the first time in more than five weeks.

Today I passed through the town of Murray Bridge, crossing the Murray River. The afternoon was spent running to Tailem Bend, a town I last visited in 2010, as part of the Tour de Bois. En route, I enjoyed a lunch of baked beans and sardines, courtesy of Marcelle McNally. This gave me extra propulsion during the afternoon’s run. I finished the day feeling fine, although my thighs were a bit sore from all the up and downhill yesterday.

A lot of main road running today, as I headed south-east along the Duke’s Highway. It’s a stretch of road I cycled three years ago with the Tour de Bois. It’s not the most inspiring road I’ve run on, but it’s always nice to re-live a day from the Tour.

The day began with a tailwind, which helped me to set a good pace for most of the day. It was still slow compared to what most runners run at, but it was quick by my recent standards. By late in the afternoon, the breeze had become a headwind, which I hope will not persist into tomorrow.

I finished with a solid 56 km, feeling fine, but still with some residual soreness in my quads. This should pass by tomorrow. 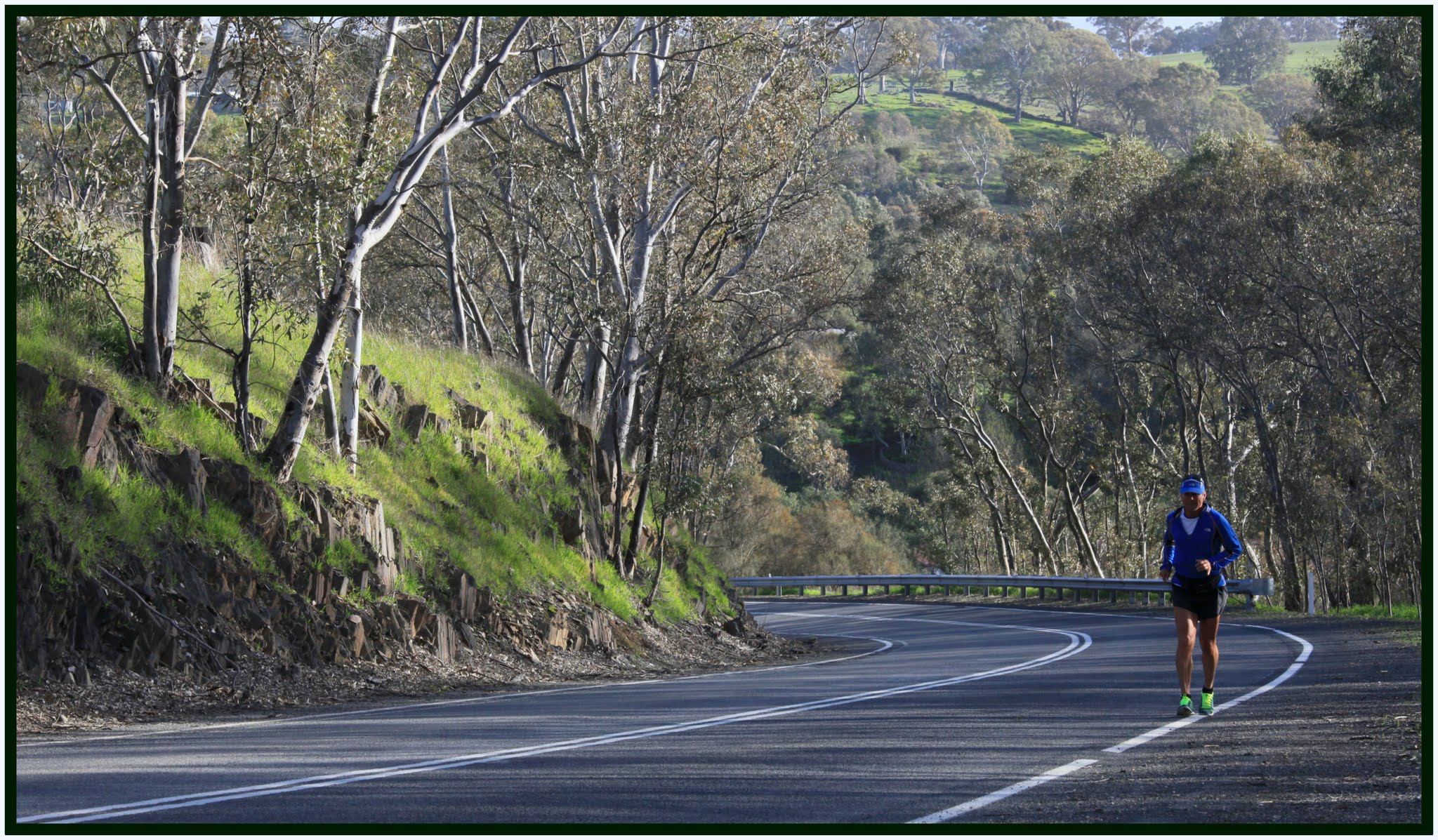 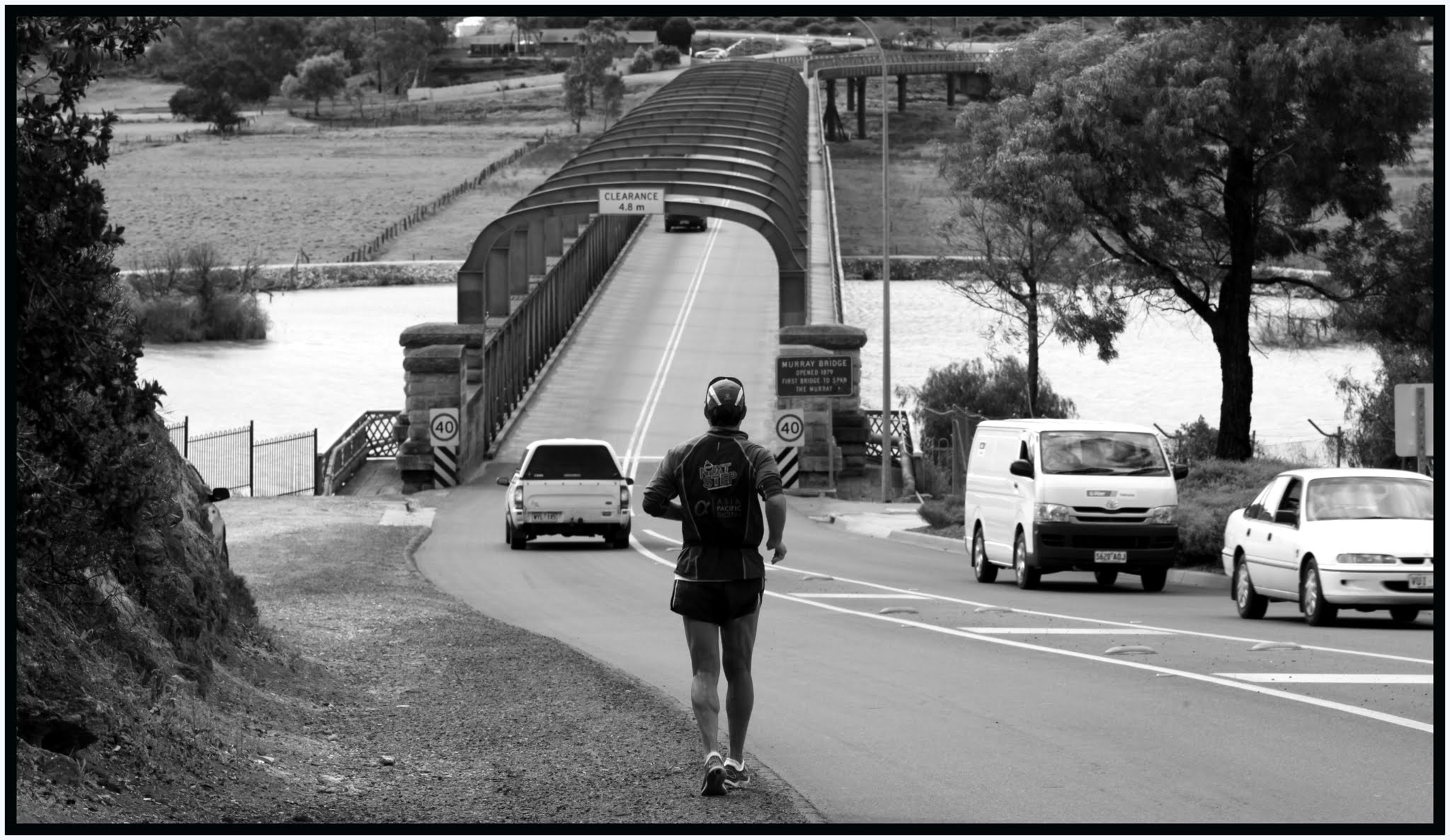 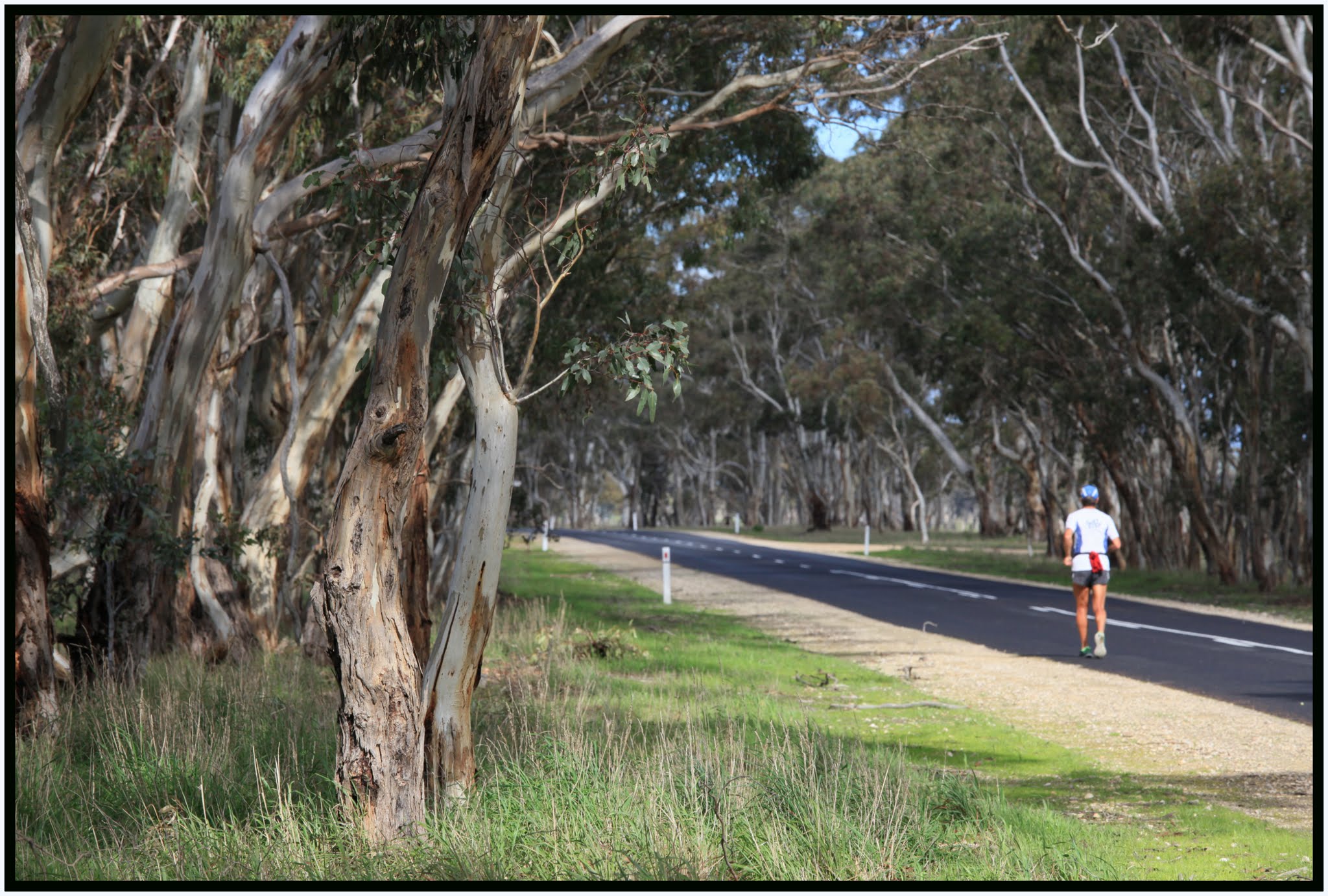 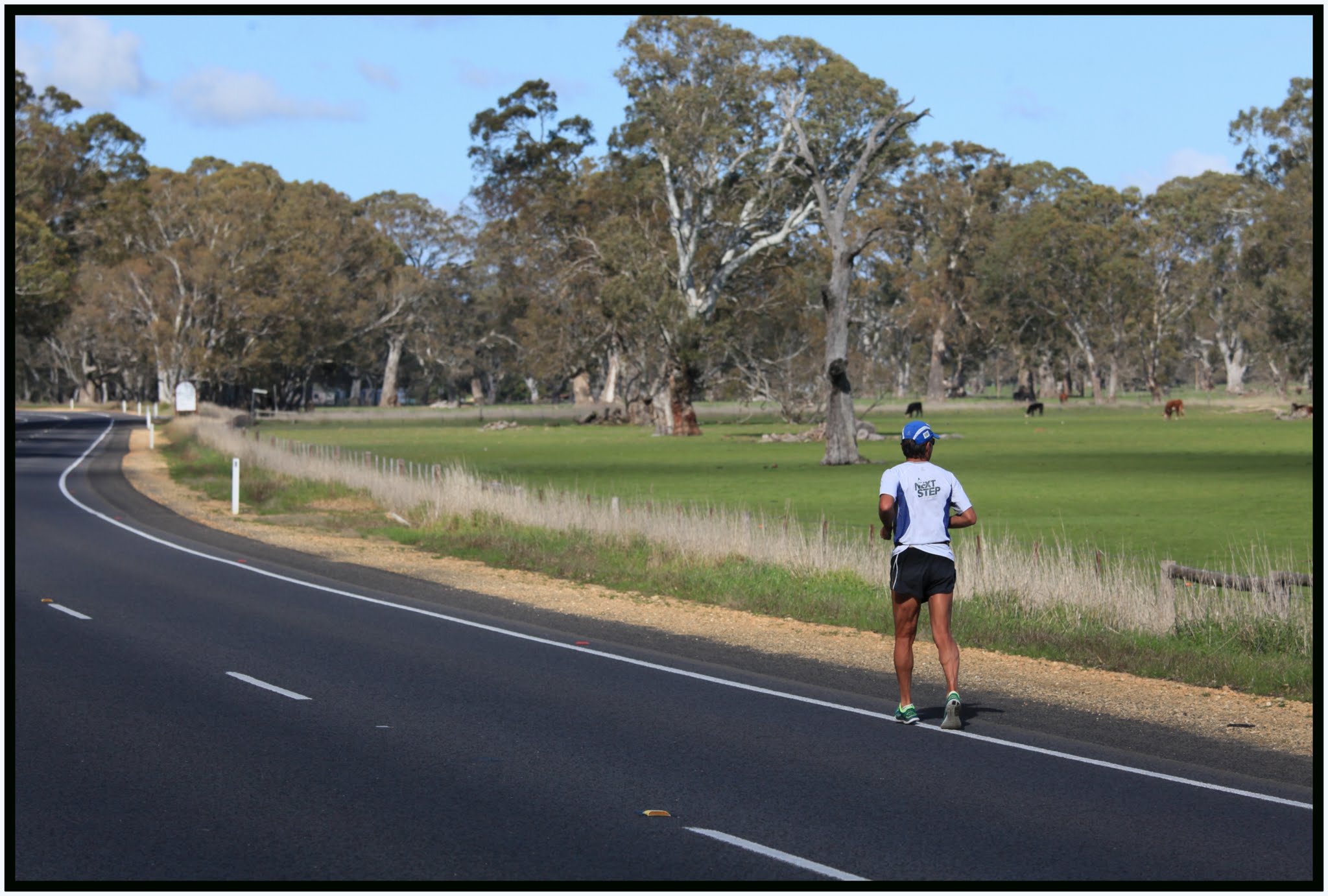