Yesterday’s foray into speed was more like it. I managed a 3:43 kilometre, and was comfortable enough that I just kept on jogging when I finished. I didn’t need to stop at all. In a couple of weeks (actually, on my birthday) I intend to do a 10 km time trial. I won’t be going all out – just fast enough for it to be meaningful training for the King Island race. I’m hopeful of running it in around 45 minutes. That’s far below my PB of 33:50, but I shouldn’t complain – that PB was from 33 years ago.

Below is an interesting video from my run through the Spanish city of Avila, on this day in 2013. I didn’t commentate (too many people around), but instead give viewers a street view of the middle of the old walled town. And one of the photos shows me on approach to Avila, with the walled part up in the top left of the photo. There is also a funny photo from this day in 2012 in San Francisco (the day before I began my North American leg). A local policeman is putting the handcuffs on Carmel for acting the goat. 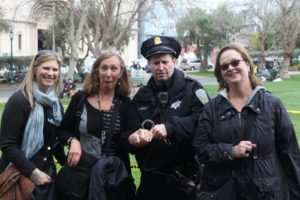 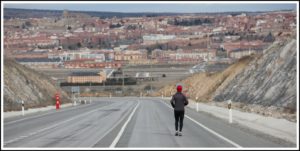 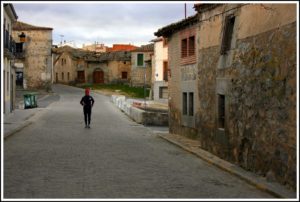