My article on BMI appears to have attracted a fair bit of attention. There has been more than 10,000 visits to my web site in the past two days alone. Hopefully it will gradually raise awareness of the issue and lead to some change.

My running at the moment is a bit frustrating. I’ve never been inhibited by a minor injury for so long. Maybe I’m just getting old, but it seems to be taking an eternity for both my pelvic and Achilles problems to get better. While they are improving, it’s happening too slowly for my liking, and I’m a very impatient person.

The way I’ve decided to approach it is to imagine I  have suffered a much more traumatic injury that requires months or even years of rehabilitation. I draw inspiration in that regard from my old Tour de Bois mate, Pepe, who did suffer such an injury a few years ago when he was hit by a semi trailer on a freeway at 110 kph (he was on foot at the time). After months in hospital, much of it in Intensive Care, Pepe then had to endure years of rehab and physio, but he’s now pretty much back to his best again. If Pepe can have that sort of patience and apply himself to his recovery over such a long time frame, I should be able to cope with my small issues.

Keeping in the same vein of photos from exactly six years ago, here is one from the day I ran between Santa Maria and Lompoc in California. It wasn’t far from here, up ahead where you see the white water tower, that a local journalist conducted an interview on the road side about my world run. 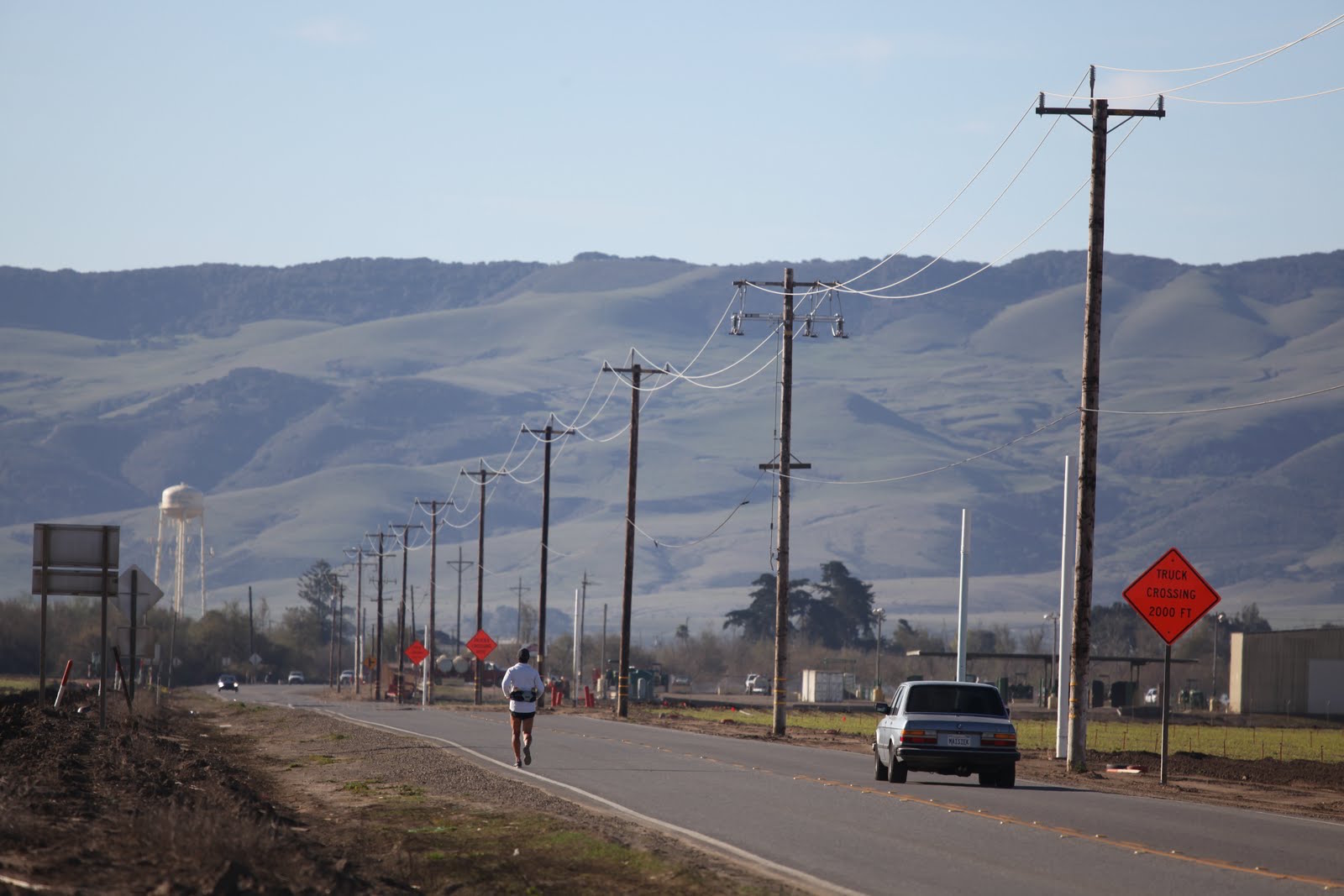