There are three videos today, all from the Pyrenees and San Sebastian, along with the blog posts and photos from that period in February 2013. I was joined by a group of runners from San Sebastian as I reached the bay, including the guy at the start of that video who had a half-marathon PB of 61 minutes – a better runner than me.

It was a cold start to the day, and it didn’t warm up too much throughout. But I was warm enough with my thermal gear and beanie on.

We had a minor drama early on, when Carmel accidentally input the wrong passcode three times on her phone, and it locked her out. Without communications, we are in serious trouble. A quick trip to the mobile phone shop sorted it all out, thankfully.

The day was very hilly, culminating in a small mountain pass that I crested mid afternoon. From there I could see the city of Pamplona down in the valley, with the snow-capped Pyrenees in the background – quite spectacular.

I finished the day strongly, and am now looking forward to seeing a bit of the city, sans the bulls roaming free.

Another spectacular day of running, this time through the Pyrenees.

We enjoyed Pamplona last night, walking through the narrow cobblestone streets that are filled with bulls in June, and had a look at the bull ring where the “run” finishes.

This morning I headed up into the mountains. The high point of the day was above the snow line, although the temperatures were quite mild. There were tranquil forests, rustic farmhouses, and wonderful Basque villages dotted along the run course.

I chose to commute the relatively short distance into San Sebastian tonight, and will finish here on tomorrow’s run, staying a second night. The hotel Londres has given us a very generous deal on a room overlooking the bay in San Sebastian. Keep a look out for the photos when they’re posted.

A big day, and it’s not over yet. It was incredibly hilly, with parts so steep I had to walk with my hands on my knees, my lower back aching. This part was on rough gravel roads, making the corresponding downhill section very tricky and easy to trip and fall.

A lot of downhill may not sound like much of an issue (sure, it isn’t if you’re on a bike), but the 1,235 metres of descent I did today will have an impact on my legs tomorrow. And both big toenails are sore from being jammed repeatedly into the ends of my shoes.

There were no shops, so I was drinking water from clear mountain streams. The Pyrenees are good for that.

I finally reached San Sebastian and was met by a group of local runners – the Apalategui Team. They ran with me for the last couple of kilometres, with photographers busily snapping away. They have also arranged for me to have a massage and spa later on – it will be my first massage since starting the run more than a year ago. More on all this in tomorrow’s blog, including a planned visit to a local running shop. There will photos and videos as well.

Last night I was met by Inaki and Alvaro from the Bilbao office of Sener, a Spanish engineering company. They have a strong interest in wave energy, and drove to San Sebastian to have pintxos and dinner with us. Pinxtos is the local Basque version of tapas. Thanks guys, for a great evening. 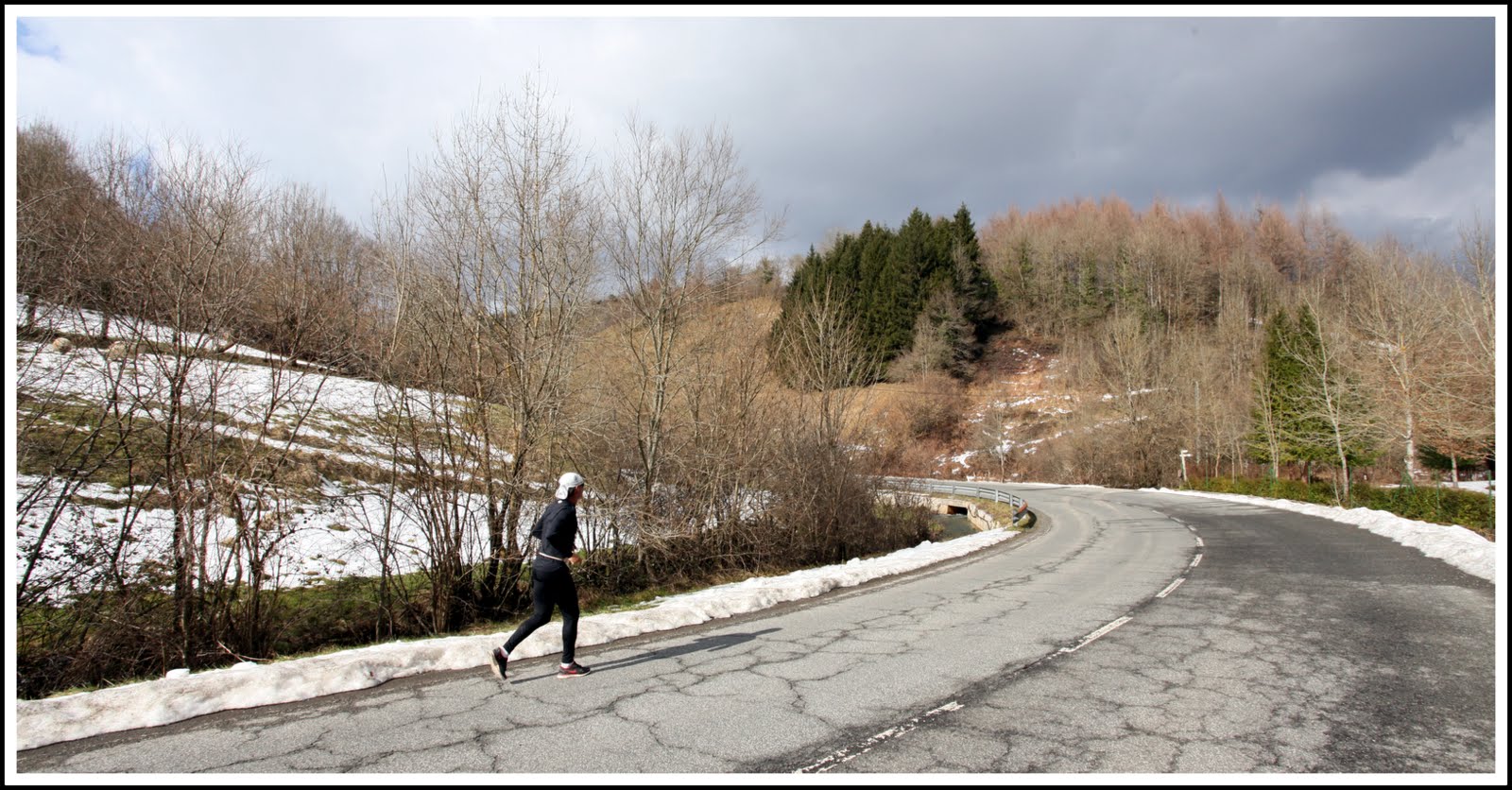 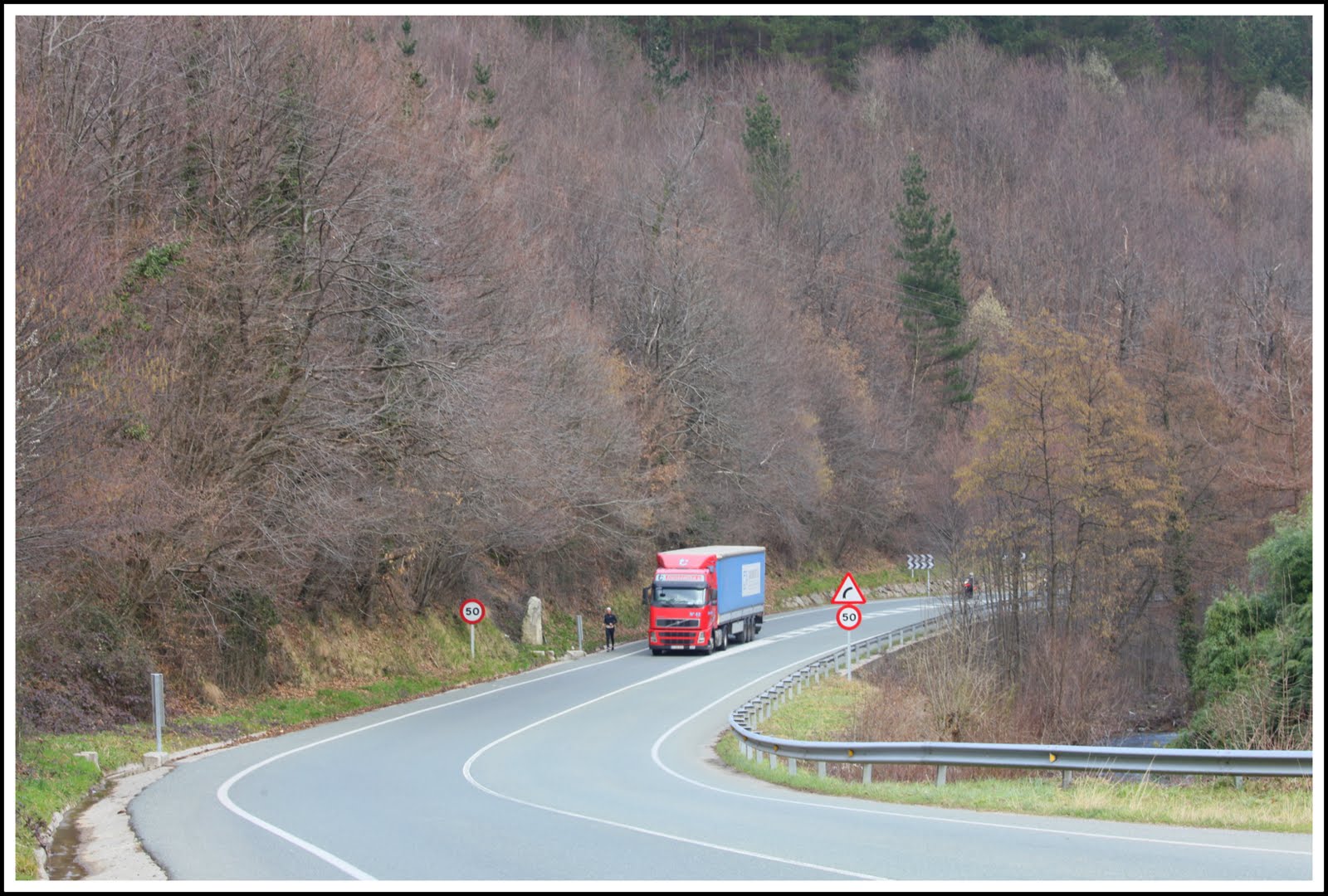 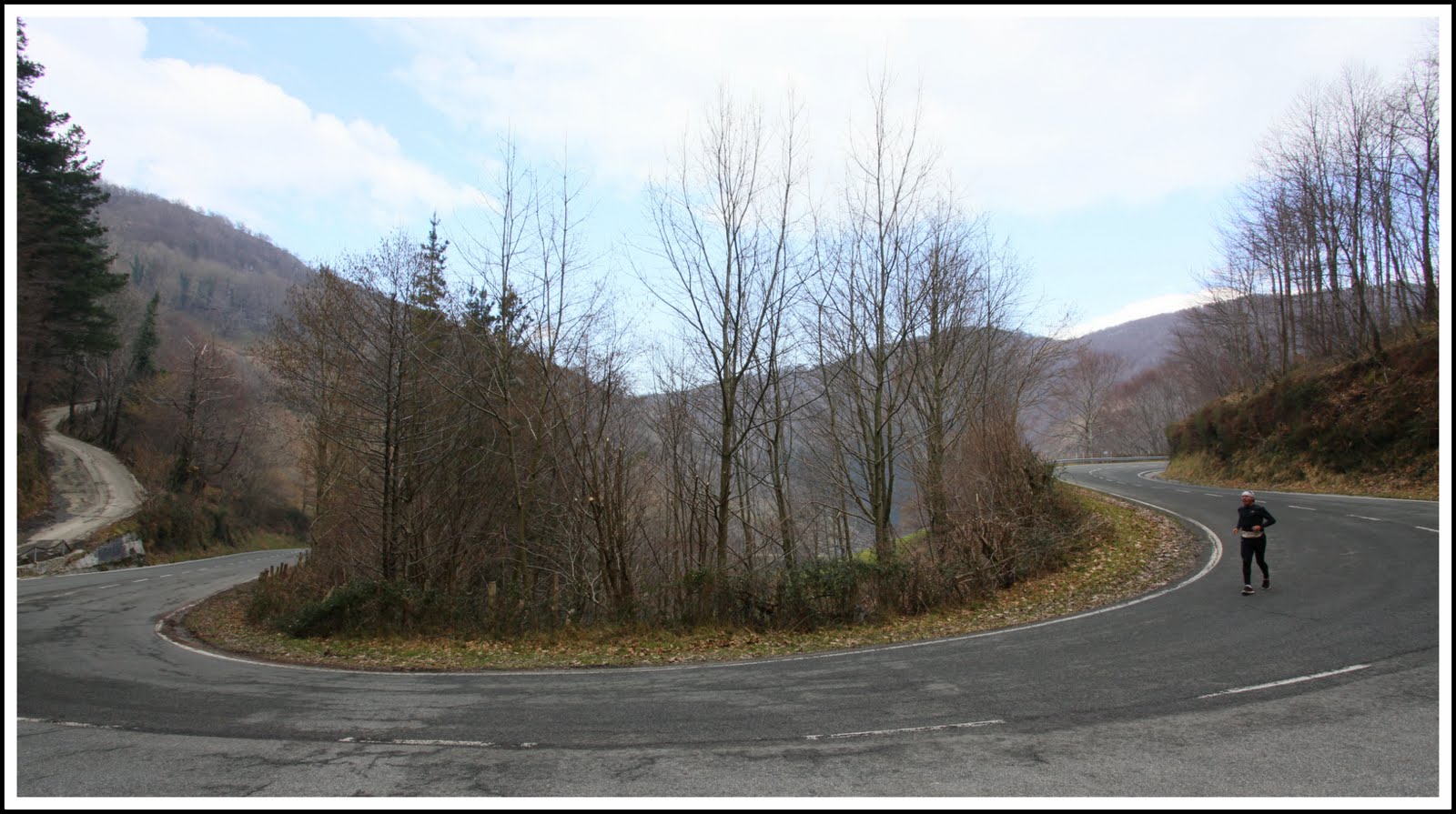 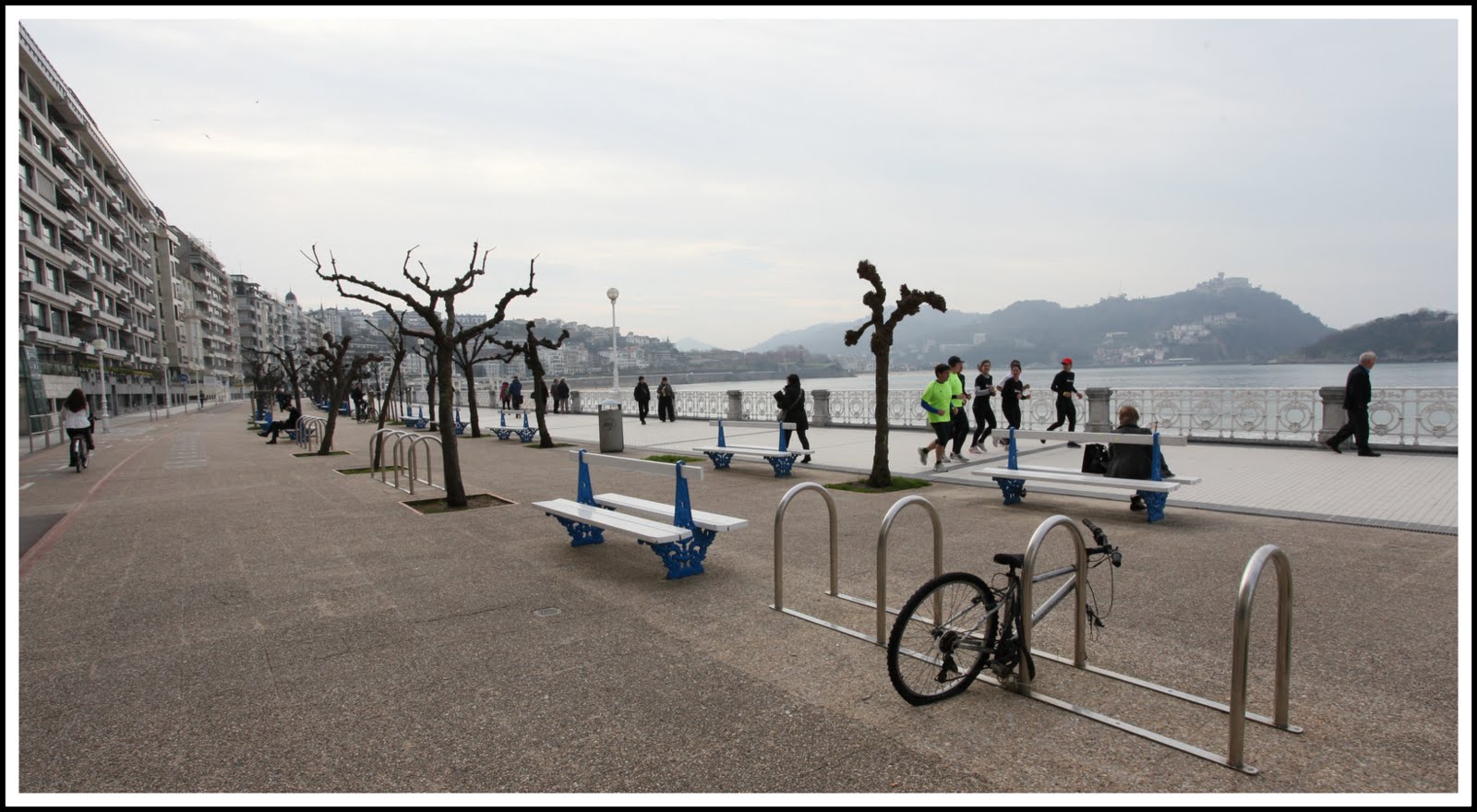 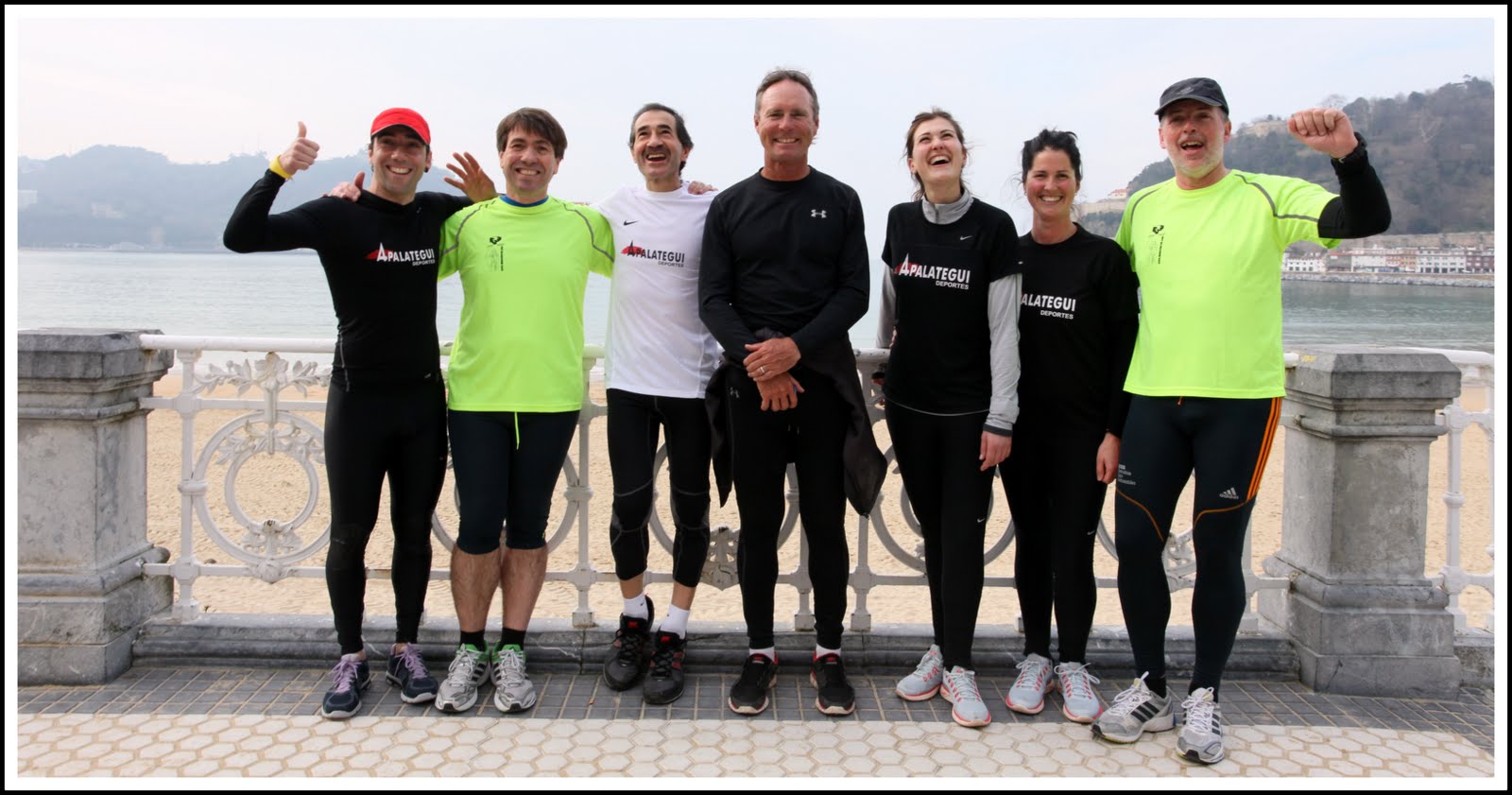