Sorry for the long gap between posts. I’ve been pretty busy. Consequently, there are five blog posts today, from my time running down the Californian coast. This was one of my favourite stretches of the whole world run.

By the way, I ran a 4:17 km this morning.Still pretty comfortable, though getting a little harder.

As diverse as yesterday was, today was somewhat the opposite. I had a late start, due to sleeping in. This is a good thing, as extra sleep is more valuable to me right now than a few extra kilometres.

Once I got on the road, I lost mobile phone reception within a few Ks and didn’t get it back all day. I spent the next 42 kms without any communication, ability to update the tracker, or additional food or drinks. It was a huge stretch to cover “in the dark”, and the lack of phone contact made it difficult to coordinate with the support crew. Luckily we had put a contingency plan in place prior to my departure, and I was picked up with almost 47 km under my belt – pretty close to what I wanted to run today.

A big fog rolled in while I was running the coastal road, making it difficult to fully appreciate the spectacular views, but I certainly got the gist.  I particularly liked the Big Sur forest – quite beautiful. The sun was out by the time I made it there. This is where I will start running tomorrow.

Anyhow, sorry about the lack of tracking ability at the moment. The tracker probably shows me just out of Carmel when, in fact, I’m just the other side of Big Sur. Maybe I might get some reception at some point over the coming days, but the region is very isolated and it could be a while before the tracker gets back to normal.

There is also the possibility we may end up staying somewhere without phone reception or internet. If so, then we’ll be “blacked out” and I’ll be unable to write the blog. Fingers crossed this won’t occur.

Accommodation in Big Sur was beyond the budget, so we’re back in Carmel for the night. We could certainly do a lot worse.

But wait, there’s more. Just down the road, another cyclist rode by and said there were two girls down the road on bikes who were riding from the tip of South America to Alaska. He said I should talk to them (I assume all these people knew who I was because of the news item on KSBW two evening before).

Sorry about yesterday’s missing blog. All sorts of things went wrong last night – very annoying. I would just manage to get enough internet connection to start things, and it would then drop out and I’d lose what I was working on. I basically only managed to get a couple of emails away before I gave up in frustration. What’s more, the problem seems to have resulted in yesterday’s data not showing up in my Garmin records. It’s on my watch, but it will not download on to the computer. I think it must be due to the system dropping out during the download. The watch probably now thinks it has completed its job, but the computer didn’t get the data. Ahhhh, such is the Age of Communication.

Moving on to what really interests you readers – the running. Yesterday I had a bit of a hard day. The previous day I logged up my highest ascent and descent of the trip so far – 1348 metres up and 1414 metres down. Yesterday was almost as much, and the constant downhill finally left my legs sore by mid afternoon. I went through a bit of a rough patch (and my mood was not helped by the computer issues that followed). All this despite seeing hundreds of elephant seals near the end of the day, and a small dead grass snake.

But today was fantastic. I was concerned that I was on a bit of a downward spiral that could only be cured by a day or two of rest, but I felt much better. Perhaps it was the steak last night, or the can of Beanie Weenies for breakfast (baked beans mixed with slices of frankfurter sausage). Anyhow, whatever it was that cured me, I’d like to thank it – the running was great, the scenery still spectacular, and the weather perfect. I loved the town of Cayucos (in case anyone happens to be travelling this way).

Sadly, I saw two full grown deer on the side of the road, the largest examples of road kill on the run so far.

We’re in San Luis Obispo tonight, with only a little over 100 miles to go to Santa Barbara, where I am expecting to be spending my birthday. And I almost forgot to add that I have mobile reception again, so the GPS tracker is showing my correct position – yippee!

I am having troubles again with uploading my Garmin data. I can view it in my GPS watch, but it won’t transfer to my computer and, therefore, the Garmin site. At least I know the distance for the day, although not the vertical ascent data (which is only of interest to me really – only the distance is required for the documentation of the run). So, there will be no Garmin link today. Hopefully I can work out what’s going wrong, as this is getting annoying.

It was another productive “day at the office”. I ran the 11 km I needed to reach San Luis Obispo, where I had breakfast with the support crew. From there it was on to Arroyo Grande. On the way I saw something that made me think I was out the front of Loudon Wainwright III’s home (see picture below). This is a real photograph with no doctoring. I felt sorry for the skunk, but the occasion was too amazing for me to pass up photographing it. 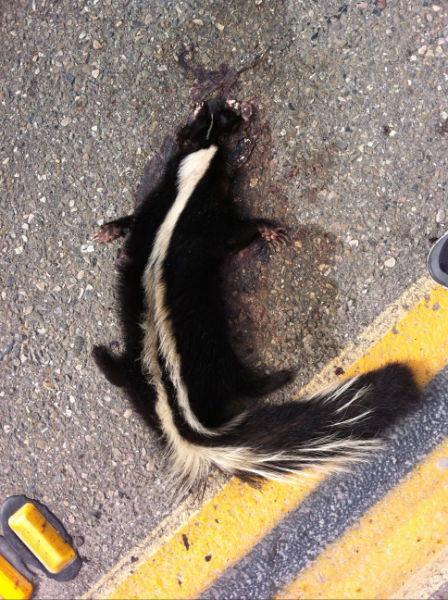 For those readers who are too young to recall the era, there was a popular song (although it wasn’t one of my favourites) from several decades ago called “Dead Skunk in the Middle of the Road”.

The afternoon included what I thought was going to be a monumental “wrong way” involving backtracking 10 km or so, which would not have counted in my official distance. However, Google Maps was correct that I could go that way, although it was dead-end for cars. Lucky, as I would have been completely demoralized by 10 km of backtracking. It turned out to be a nice walking trail for about half a kilometre.

I finished just short of the town of Guadalupe, and tomorrow morning will take up where I left off from. Tonight we are staying in the large town of Santa Maria, in the County of Santa Barbara.

A very hot day today (for winter), with the temperature reaching 82F, which is about 28C. Always a bit of a challenge when you’ve been used to cooler temps.

I began the day just north of Guadalupe. I later learned that the sand dunes nearby are where the early movies requiring desert and sand dune scenes, particularly biblical themed movies like Ben Hur and the Ten Commandments, were filmed. The support crew drove out to have a look. Apparently the props were buried in the sand when they finished filming, but some are now exposed. Pity I missed it, but I had some running to do.

Early on a news crew arrived from KSBY to do an interview and some filming. That news item has already appeared on the nightly news.

The rest of my day was spent in reasonably remote environs. I passed through the Vandenberg Air Force Base (the public is allowed on the roads that pass through the base). This base is where many US satellites and rockets are launched, and I believe the space shuttle used to land here when conditions were adverse on the east coast. The base is an official NASA facility.

I finally survived the heat to arrive in Lompoc ahead of the support crew (first time so far), and am currently enjoying a cold beer.

I think I have worked out the problem with the Garmin data (don’t upload at the same time as logging in to Garmin). And the official distance for the day is 240 metres less than what today’s Garmin data is showing – I explored a back road before seeing a sign indicating all non US Air Force personnel were to keep out. So I had to turn back, but luckily I hadn’t gone too far, and only had a small amount to subtract from my total. 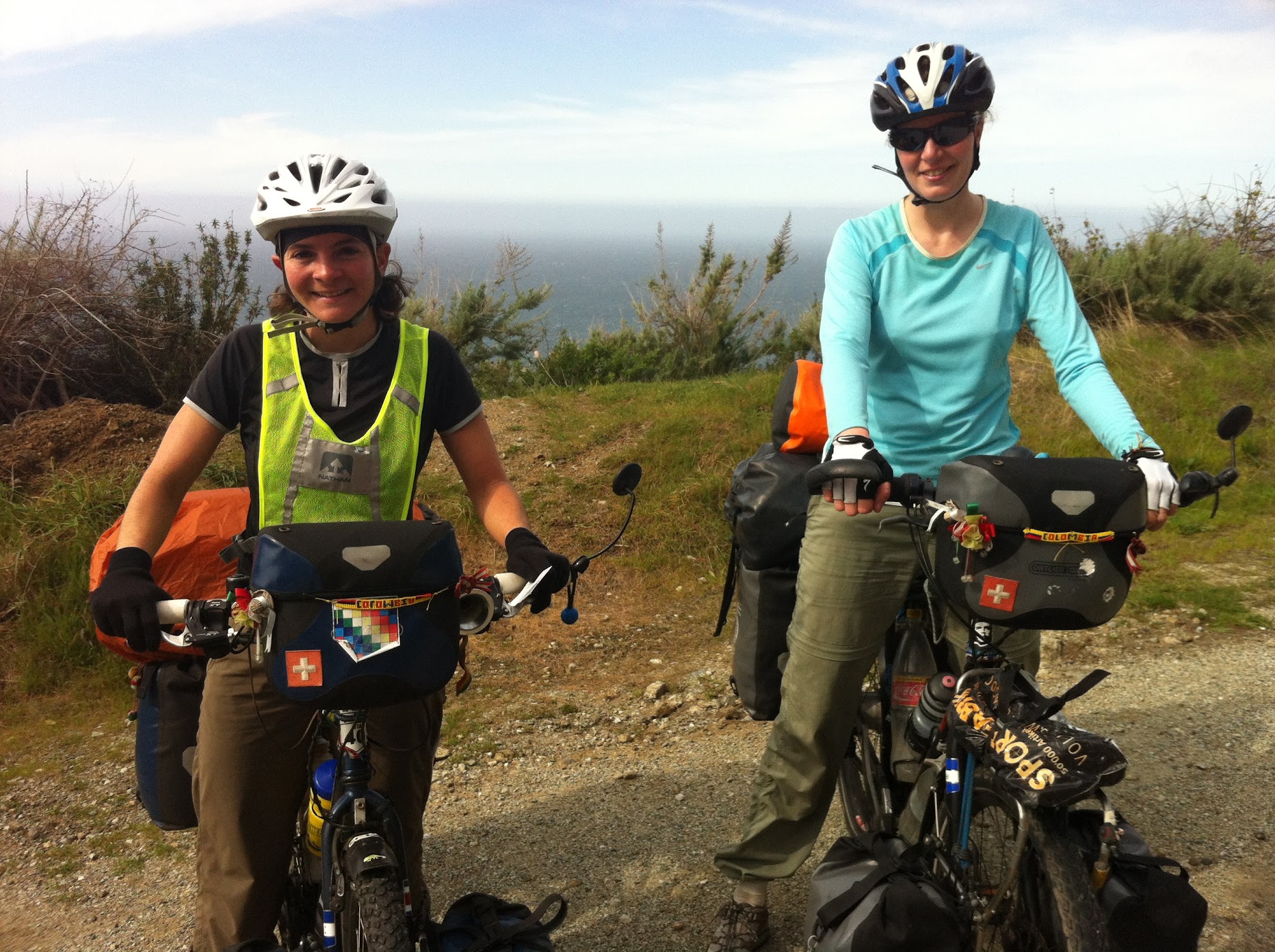 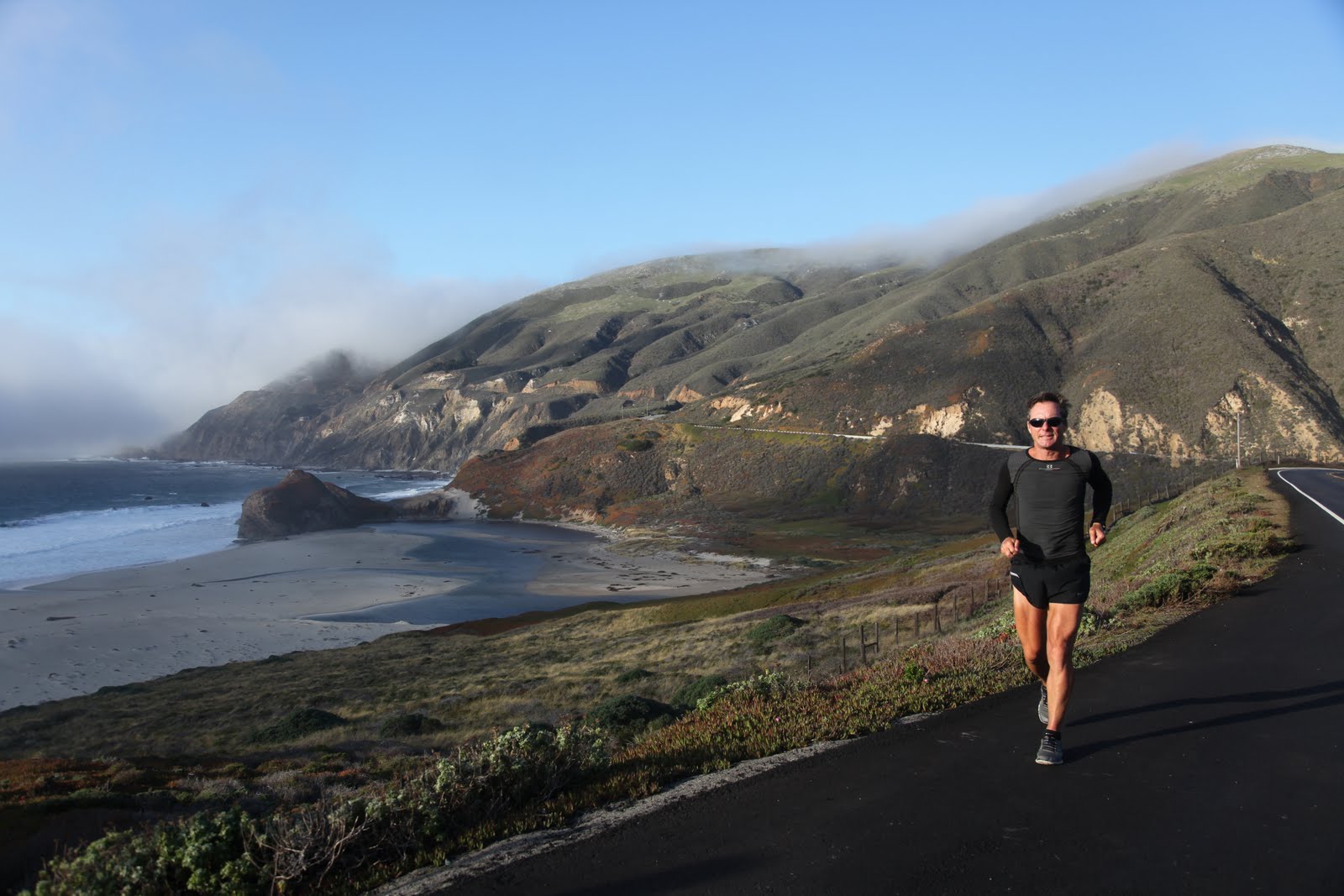 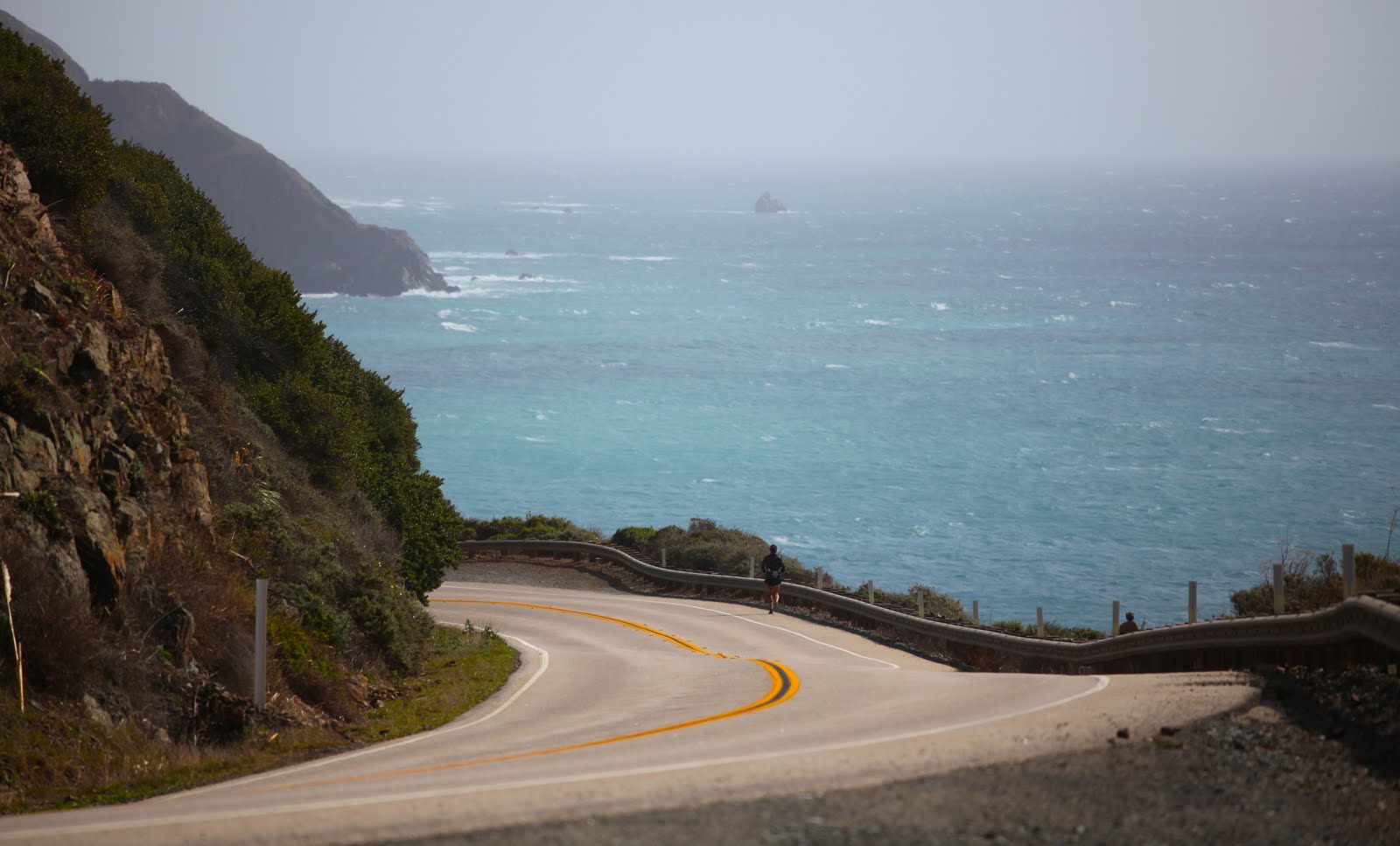