My MRI this morning was rescheduled to tomorrow, as the MRI machine broke down yesterday and needed repairing. So I’ll hopefully bring you news on that in the next post. Meanwhile, readers can enjoy the article below, along with the blog posts from Jan 11 and 12, 2012.

Am I running too much?

What constitutes “too much running”? To some, it may be associated with a loss of enthusiasm, to others a lack of time for a balanced life. While these are valid ways of determining when an individual is overdoing their running, for most of us, too much running manifests itself in the form of injury, fatigue, and deteriorating results. There are few serious runners who don’t find themselves suffering from these latter afflictions at some time during their lives.

Not all injuries, however, ensue from too much running. It can also occur from shorter bursts of extreme running when the individual is quite “fresh”. Such cases should be categorised as due to a heightened level of intensity rather than from too much running per se. Of more relevance in this article is the classic overuse injury.

All overuse injuries are due to a combination of speed and distance. Let’s define this scenario as “injury due to too much running”. However, backing off the speed in a timely manner will almost certainly preclude injury, even if large distances are still covered in training. In other words, as far as injury is concerned, “too much running” is really a case of “too much fast running”. If you find yourself injured, it’s most likely you have violated the first rule of sensible running – not enough rest between workouts; the more intense the workout, the more rest required to avoid injury. In essence, an injury should be one of the most obvious and objective means of determining that you’re running too much, and/or at too high an intensity.

While fatigue is a little different – and is often a precursor to injury itself – it is still heavily dependent on a combination of speed and distance. Fatigue manifests itself in many forms. Sore muscles and joints, general tiredness, restless sleep, and reduction in one’s enthusiasm for running are common indicators of fatigue. If you are suffering from one or more of these symptoms, you are probably running too much. There are two options – reduce the speed and intensity of your running, or reduce the distance.

A third example of running too much is a deterioration in performance. This is not independent of injury and fatigue. The three are interdependent and closely entwined. However, worsening race or training times can be the most objective measure of fatigue, which itself is usually the result of too much running. Training is meant to improve one’s performance. When it instead results in the opposite, it is an obvious sign that you’re overdoing things. As frustrating and, on the surface, counterintuitive as it is, deteriorating running results clearly suggest a need to back off your running for a while.

If you are running well, don’t feel chronically fatigued, and your times are improving, you are definitely not running too much. However, if you are suffering from these afflictions, it is likely you are doing too much running. The good news is, the solution is quite simple – ease off the running for a couple of weeks until you regain your energy levels, your aches and pains go away, and your performances start improving again. After all, if you are getting adequate rest you are, by definition, not running too much.

Another long one today – longer than I planned, but it’s easier to finish in a town than out in the middle of the highway, so I tend push on until I reach the next town. Today it was Temuka.

Once again, the countryside was spectacular. I even think I caught glimpses of Mount Cook to the west, but it was covered in clouds. Perhaps it was my imagination. Where I was running it was complete sunshine all day long.

More press interviews and photos with the local media en route in Timaru. Each town’s newspaper has a done a great job. However, we need this to translate into donations to Oxfam. Come on everyone, it only takes a click of the button on the Home Page, and a minute of your time.

Many thanks to the Andorra Motel in Geraldine for tonight’s accommodation. It’s a very nice place in a very nice town, and greatly appreciated.

Before I report on the day, I want to introduce a new aspect to the daily blog. Please click on the hyperlink above and you will see a detailed record of my latest day of running, courtesy of Garmin. You can zoom in and out of the map, as well as seeing the vertical profile of the course. You may have to first hit the Change to Metric button in the top right. You can also click on the Previous button to look at earlier days, all the way back to the beginning.

This is a great facility, as it allows anyone and everyone to constantly monitor my progress in a very detailed way. This sort of transparency is, in my opinion, vital to validating my run. Via this link, any authority can scrutinize every leg of my run in detail at anytime, either now or in the future. Each day I will update the link.

Today was a bit of a chore, but some days are like that. I covered 46.5 km over mostly flat terrain on the Canterbury Plains. At least the weather conditions were favourable. It’s not surprising that I’m a bit tired after three consecutive days of around 60 km each, including in yesterday’s hot conditions.

Something I have noticed since I’ve been running in New Zealand, is the number of roadkill hedgehogs splattered all over the tarmac. We don’t have these little animals in Australia, but they are akin to echidnas, only smaller. And judging by how many of them meet their end on the road – far more than all other animals put together – I suspect they crawl on to the highway, get scared and roll into a ball when a car passes, and then stay in that position until one eventually flattens them. They would look no different to a piece of brown mud, so cars probably don’t even realise what they’ve done. But if that many are dying on roads, then I guess there must be a healthy population of hedgehogs out in there in the wild.

Giant hedges are another peculiarity of this region. It appears farmers planted rows of pine trees many years ago, which have coalesced into a single row of vegetation that is regularly manicured into very impressive looking hedges, many of them ten metres or more in height. The farmers must use some form of mechanical trimmer, as no-one could do so with hand-held hedge trimmers.

I’m looking forward to a good day tomorrow, as I head toward Christchurch – should be there on Saturday. 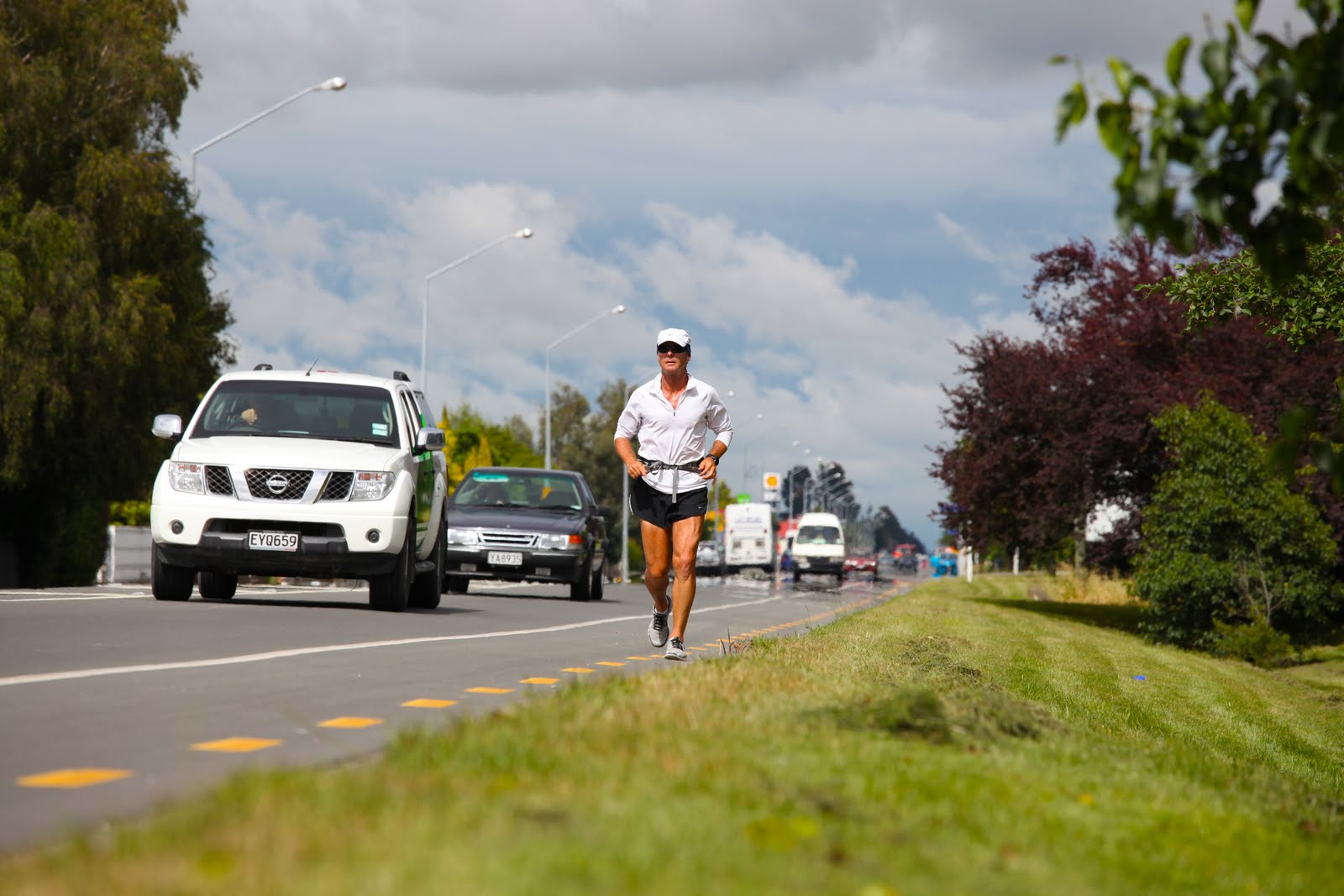 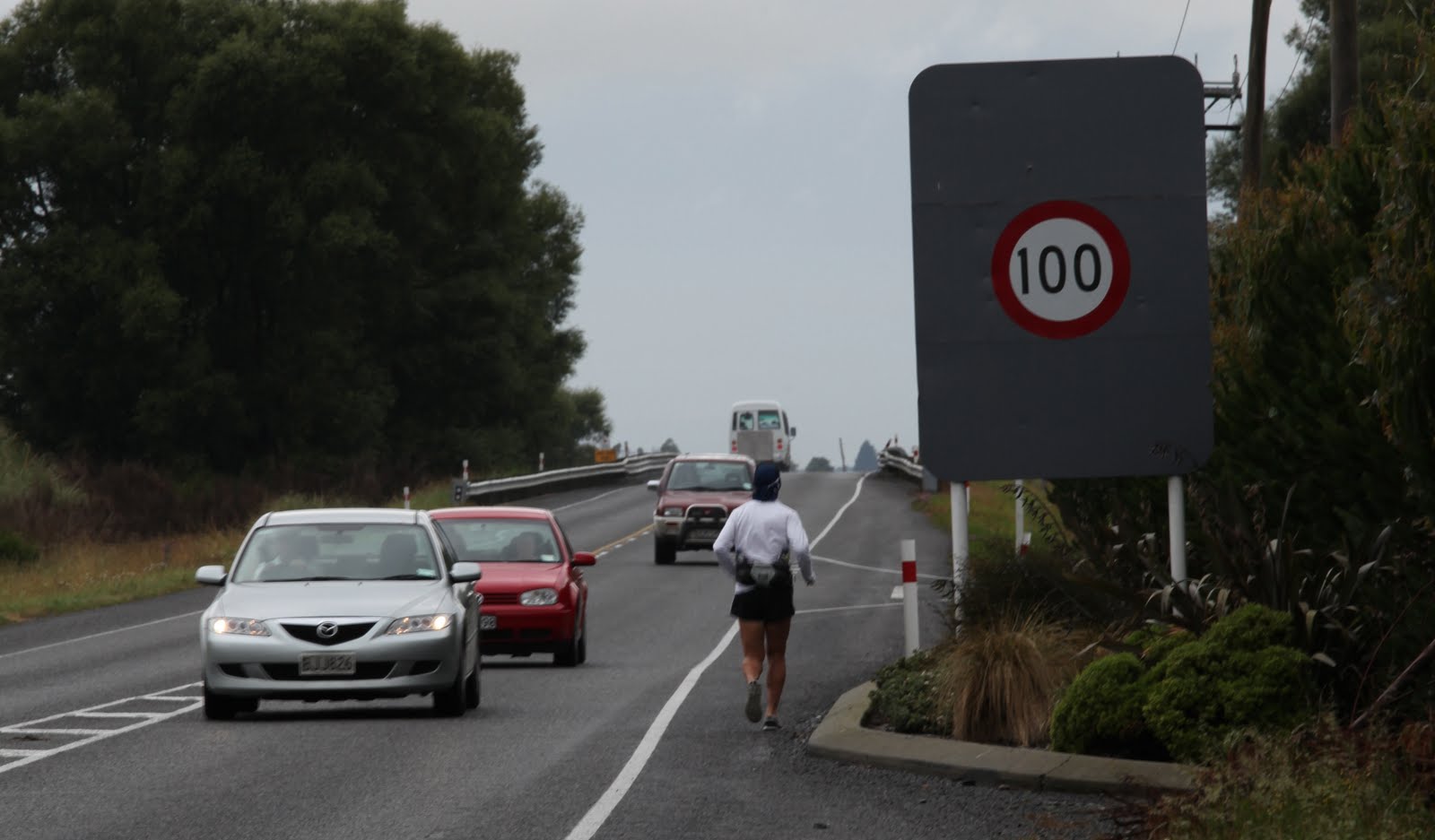