Good news!!! My visit yesterday to the spine and pelvic specialist revealed that I had a “jammed” or “locked” sacro-iliac joint on the right side. That’s the the joint where the two pelvic bones attach to each other. They actually rotate a bit, but my right side wasn’t moving. This caused all sorts of muscles to change their function and compensate. It also meant my right leg was a little shorter than the left, which caused the Achilles to be stretched just that little bit further each stride, leading to the problem there.

This joint has now been freed up, but it will take a bit of time for everything to settle down and for the muscles to get their memory back and operate properly. I’ll hold off making a decision on whether I’ll do the King Island race until I see how the next couple of weeks pan out. If I’m able to get back to free and easy running within two weeks, then it should be a goer.

Here’s a photo Carmel took of me in the bath after finishing my day of running in Grand Rapids, Minnesota, during my world run (not to be confused with the larger Michigan city of Grand Rapids). I thought this was relevant since the small town of Grand Rapids MI is, besides the home of Judy Garland, also where one of the major players from last weekend’s US NFL Super Bowl qualifying matches hails from. And, as you can see, it’s also where Carmel made me pose with a little rubber ducky as I drank my daily post-run litre of chocolate milk. 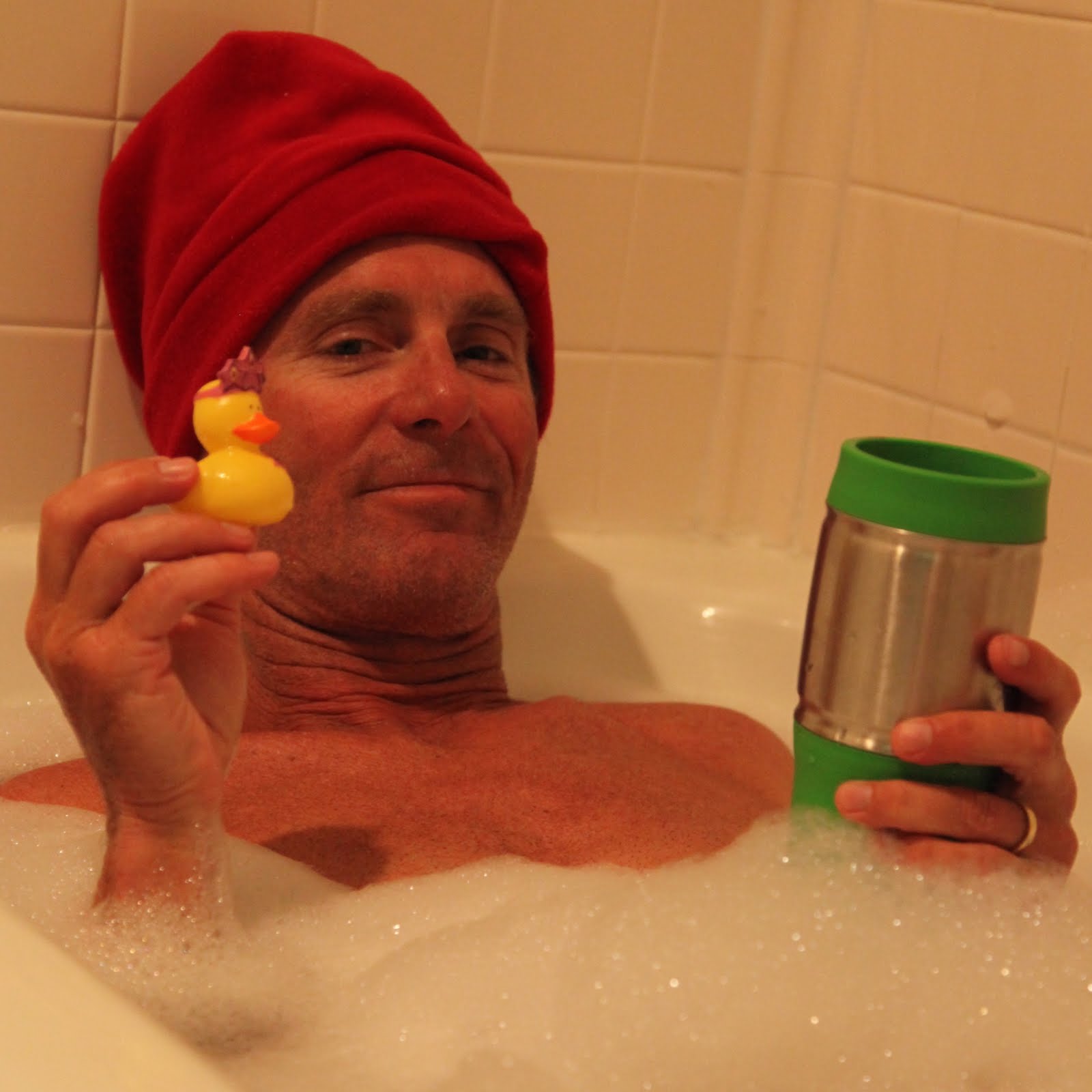