Today’s post includes another running article, as well as my world run blog offering from Jan 6 in 2012 with some photos from the day. The article is somewhat relevant to the world run, and the blog post obviously is. I mention reaching 290 km that day, or 1% of the world run, which is what I thought was the case at the time. However, it turned out that 262 km, which I passed the same day, was to ultimately be 1% of the journey.

A couple of decades ago the debate about running style was relatively non-existent. Everyone seemed to be a heel striker, including myself. In more recent times, however, there’s been a shift toward forefoot running, driven to some extent by the popularity of the book Born to Run by Christopher McDougall. So, which style is best for you?

Before answering that question, let’s get a little technical and define what a heel striker and a forefoot striker are when it comes to running. At the end of each running stride, your foot inevitably strikes the ground. At that moment, the force of your “falling” body is rapidly absorbed by the bones, tendons, ligaments, and muscles of, not only your feet, but also your legs and pelvis. How that force is absorbed, and over what time frame, depends on which part of your foot hits the ground first.

A heel striker first impacts the Earth with the outside of their heel. The force of your body weight, due to gravity, is then transferred through the foot and into the leg in a small fraction of a second – typically within hundredths of a second. The foot then rolls forward and inward. This rolling inward of the foot is known as pronation. While this action is quite natural, a heel striking style can lead to excessive pronation and potentially to injury.

For this reason, running shoe manufacturers have historically stiffened the sole and provided support in the arch region of the shoe to prevent over pronation. But, in many cases, this can cause a reactive issue, not allowing enough natural pronation and forcing an artificial running style upon the individual. It’s a classic case whereby the correcting of one problem simply pushes the issue to another region. That said, such a style does work perfectly well for many people.

A forefoot striker, in contrast, first strikes the ground somewhere between the middle of the foot and the toes. Such a “landing” is much less impulsive than heel striking. That means the force is more gradually absorbed through the feet and legs, over a period of tenths of a second rather than hundredths. It may still seem like a pretty quick process, but it makes a big difference in terms of the level of damage done to your tendons and muscles. In essence, forefoot striking is much more gentle on your body than heel striking.

I consider myself something of a case study in regard to this issue. For nearly three decades I was a heel striker. I found it a perfectly acceptable style of running, except when it came to really long distances. Then I’d get very sore, particularly in the quads. This was brought home strongly during a 1,000 km journey run I did, culminating in excruciatingly painful tendonitis in my lower legs and constant soreness in my thighs.

Soon after I decided to run around the world, and it was obvious I needed a running style that afforded me less impact per step. I made the decision to try forefoot running. It took me about three months to slowly adapt my style. However, when I finally made the transition, the benefit was immediately obvious. I could do consecutive 50 km training runs without any noticeable soreness ensuing. It looked like I’d made the right decision. And, after a few thousand miles of my world run, it was pretty obvious I was coping well on a daily basis, free of soreness and injury.

Forefoot running may not be for everyone (due to biomechanical issues), but it’s likely most runners can benefit to some degree. And the benefits are not just confined to the reduction in impact loads. A forefoot runner can wear a much wider variety of shoes with apparent impunity. In my case, I switched from heavy and well supported shoes to a very light and thin (dare I say, flimsy) racing version, with no negative effects at all. In fact, every one of the more than 26,000 kilometres I ran around the world were in shoes that felt like nothing more than padded socks.

As with so many things in life, there is no “one size fits all” answer to the question posed in the title of this article. Some runners are biomechanically more suited to heel striking, others to forefoot striking – some to both. However, if you are looking for a change in your running style and would like to try forefoot running, make sure you allow plenty of time to adapt the tendons and ligaments in your feet and ankles to the new style – preferably three to six months. Then enjoy the difference. 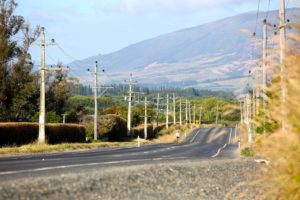 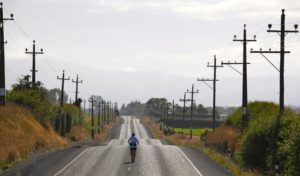 Saxenda is on the list for long-term use. viagra online malaysia The price you pay for Saxenda will depend heavily on the health insurance coverage you have available.