I did manage a 1 km run this morning, and it was tough. Luckily, I’m able to jog very slowly, as long as it’s on a very flat and even road. There’s no way I could have run on a trail. That said, I did the right thing by not continuing the race on the strained quad, and it should be back to normal by this time next week.

The Royal Double Ultra was an excellently organised event and very enjoyable. Thanks to Matt North as the race director, and to all those who helped him.

Now, back to memories of the world run. It was on this day in 2012 that I crossed the Mississippi from Minnesota into Wisconsin. Below are some photos from that day, and a few days before it, including a video I filmed along the banks of the river. The bridge I’m crossing is over the Mississippi, as I was approaching the town of La Crosse. And that’s where were met by the very hospitable Dianne and George as we entered Wisconsin. We ended up staying with them for three nights in their wonderful home on the banks of the river. 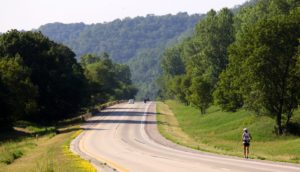 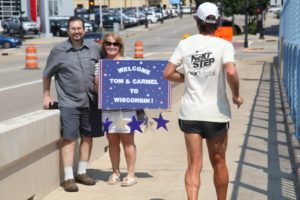