Well, here’s the diagnosis: as expected, it’s a degenerative tear in the Achilles where it attaches to the heel bone, although more of a tear down the tendon rather than across it. Perhaps a split is a better description.

The surgeon’s opinion is that the most likely cure is surgery, but agreed it won’t hurt to try a lengthier period of minimal running. He doesn’t think the chances of success are high, but accepts there’s a small to moderate possibility of curing it this way.

If the surgery was minimal, I’d probably go with that. However, it involves three days in hospital, then a month in a cast, more months after that in a boot, and 9 months before commencing running again, with a supposed full recovery after 12 months. However, he did say there is a small chance I’d never be able to run again after the surgery.

So, weighing up the various implications, it’s clear to me that I should try the non-surgical option first. I can always have surgery later if the extended rest doesn’t work. That means I’ll be doing next to no running for the next six weeks, with just a few short slow intervals of no further than 100 metres in a single go. After that I’ll be gradually ramping it up for the following five or six weeks till I get back to normal – hopefully.

Let’s see how that goes. I’ve had Achilles tears before that have healed fine. I’m hoping this one just needs an appropriate level of rest – something I can’t really say I’ve given it in the past.

As for the world run, I had just started across the Nullarbor at this time in 2013. Blog posts and photos are below.

When the weather is as perfect as it was today, even a non-varying landscape provides for a nice run. It was basically one long straight road for 50 km. Tomorrow I should make it to the beginning of the longest straight stretch of road in Australia, and the second longest in the world – 146 km without a bend or kink.

I was passed today by two girls who are cycling east. In a few more days, I should pass Shane Crawford heading the other way. It’s a real treat to see others on the road, and relieves the monotony somewhat.

I’d like to finish with a big thank you to the company, Commercial Eyes, who have provided the biggest donation to Oxfam of the whole world run so far – $6,000. What a great gesture, and one that is deeply appreciated.

Once again, I’ve been without phone and internet reception for a few days, as I make my way across the Nullarbor. There will probably be further occasions during the next couple of weeks.

A few days ago we said goodbye to Annie and Guen, as they commenced the drive back to Perth. They are delivering the car back to Julie, who lent it to us for three weeks – a gesture we really appreciate. Thanks Julie and Wayne, and thanks to Guen and Annie for driving it back.

It has been quite congested on the Nullarbor. I have been passed by several cyclists, including Paul from Singapore, and Walter from Brisbane, who is riding around Australia to raise money for Alzheimer’s research. I also passed a young guy, Jimmy, who is walking around Australia, raising money in support of children’s cancer research.

Just out of Balladonia, I was surprised to see that a section of the highway actually doubled as a landing strip for the Royal Flying Doctor Service. I kept checking to see that no planes were landing as I ran down the road.

A couple of nights back, just before I finished for the day, I passed a kangaroo with blood dripping from its mouth. An enormous eagle was stalking it. I assume it had been clipped by a car. It was in a state of shock, and couldn’t move at all well. Unfortunately, there was nothing we could do. I wanted to call WIRES (Wildlife Rescue Service), but there was no phone reception. The nearest town was 90 km away, and it was nearly dark. The next morning the kangaroo had disappeared, but the eagle was still there, picking at something on the ground (not the roo).

Carmel, Jeff, Michael, and I have been free camping on the Nullarbor. It’s fantastic. We set up camp by the side of the road, and sit around the campfire at night, enjoying our dinner and some red wine. The stars are unbelievable and sunsets are brilliant. This could be the highlight of the whole world run. The only downside is the nights are extremely cold.

This morning I got my earliest start of the whole world run – 7:26 am. It was a very pleasant time of the day to run. By early afternoon I had reached the end of the second longest straight road in the world, having run 146 km on a section that didn’t deviate at all. I actually quite enjoyed it, and wasn’t bored like I thought I’d be.

The weather continues to be amazing. Today was the fifth day in a row without a single cloud in the sky. I have not seen even a wisp of cloud since last Thursday. I’m not complaining.

Michael and Jeff have been enjoying playing the world’s longest golf course, with a hole in each of the small towns across the Nullarbor. Today they played the Caiguna hole nine times. That’s dedication.

Tonight we’re in a camp ground in Caiguna, with phone reception and internet. I expect to pass Shane Crawford tomorrow or the next day, as he cycles toward Perth. 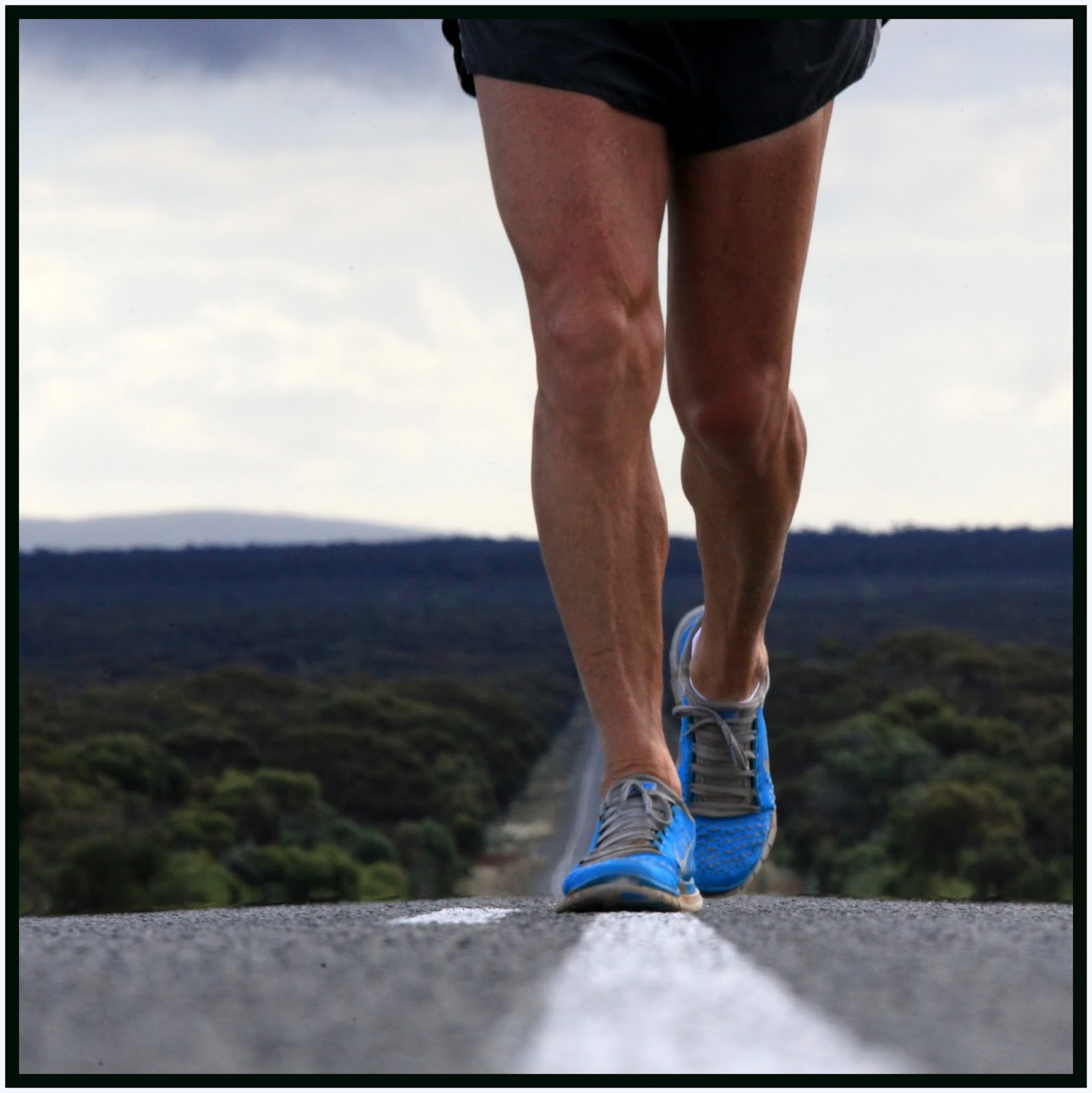 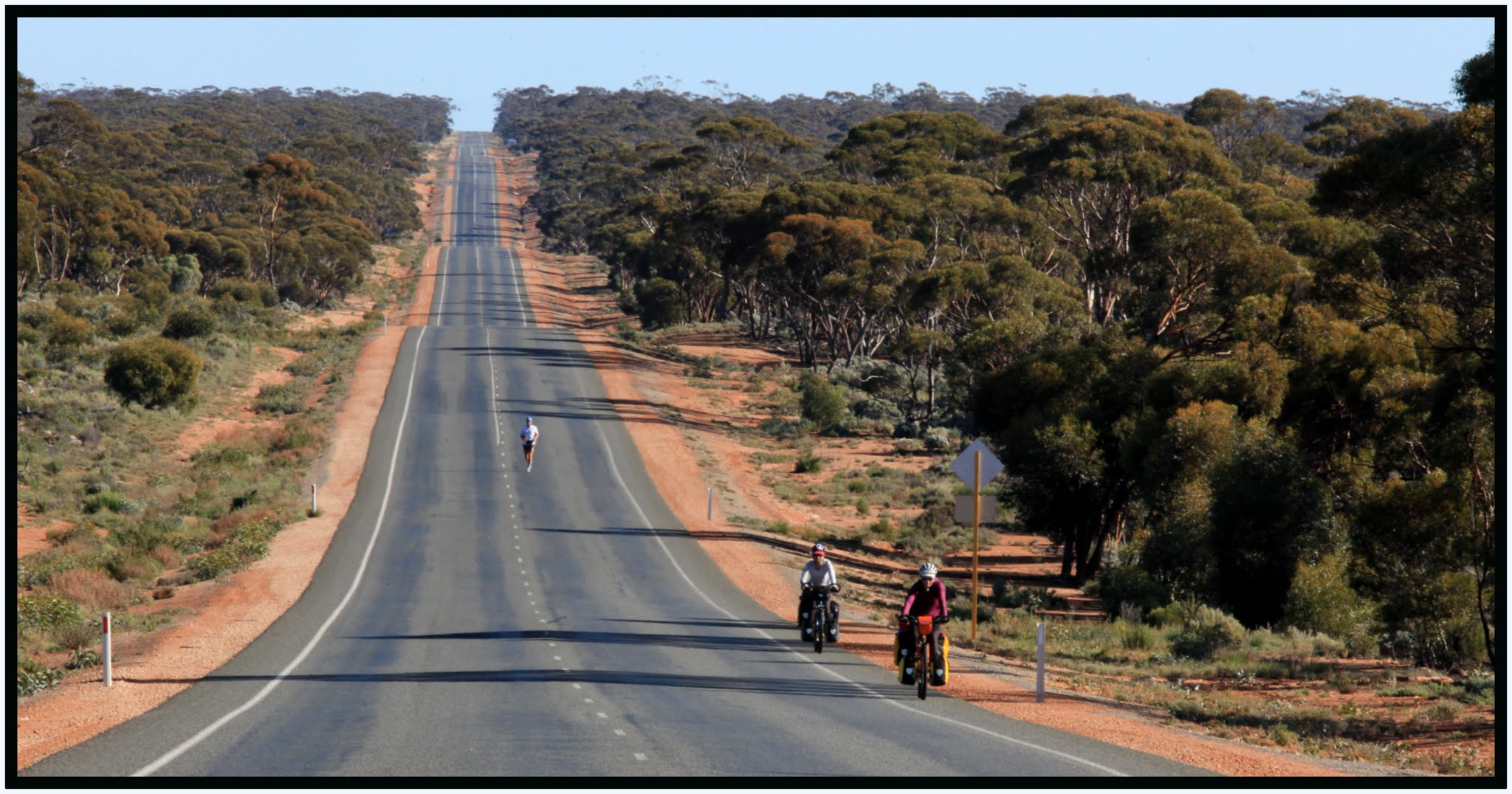 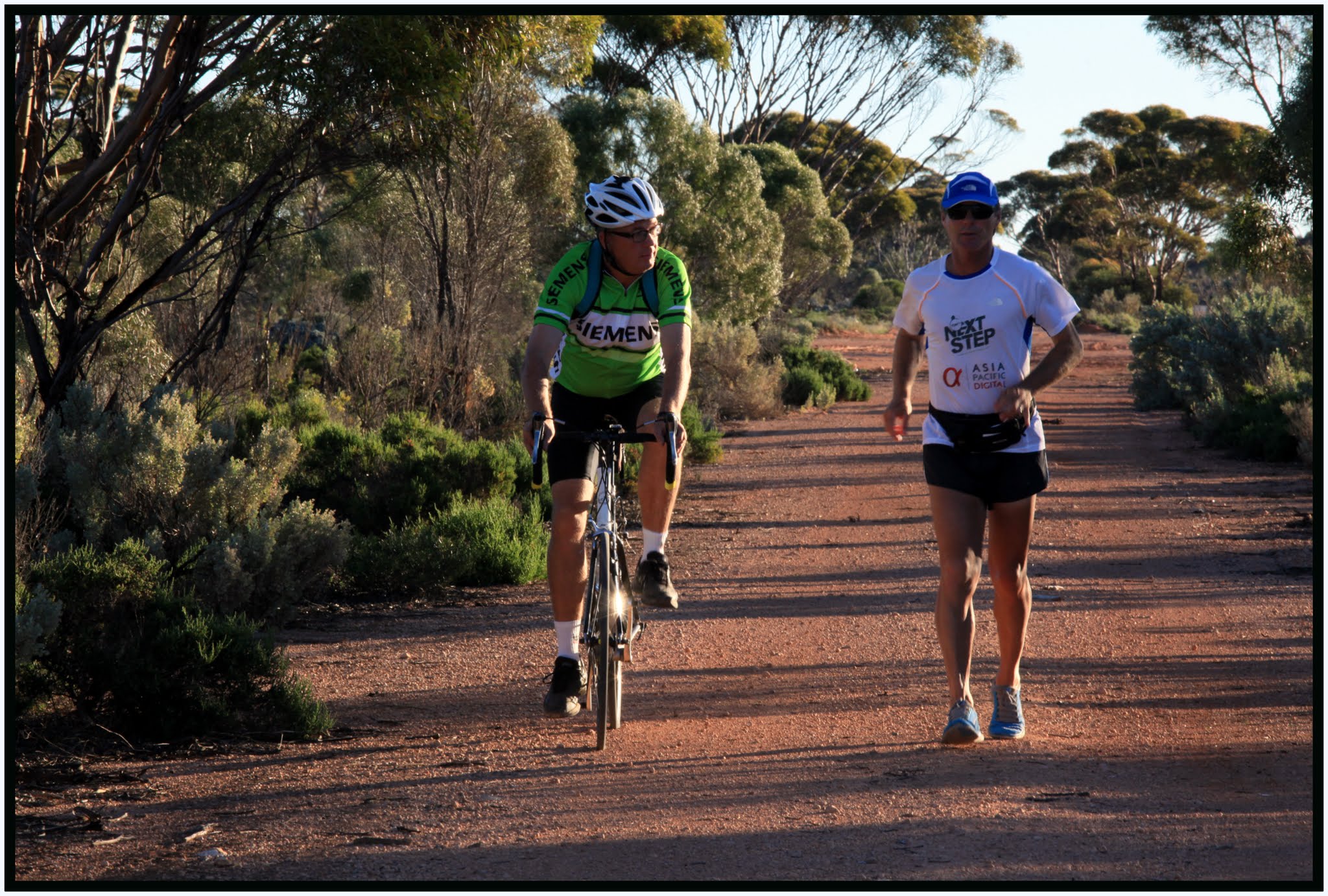