This morning was more like it – I ran 1 km in 3:24. I ran the same time back in March, so I thought I’d check through the Garmin records to compare the two in more detail. It turns out I ran 3:24.7 in March and 3:24.1 today. So I have officially set a new over-60 PB for myself. I’m not sure what caused the 14 second improvement on last week, but I suspect the 8×100 metre sprints on Monday helped. My aim is to ultimately beat the 3:20 I ran last year. I reckon a sub 3:20 km is a decent challenge for someone over 60.

Today’s world run blog posts are from my time running down the west coast of Lake Michigan and across Chicago from north to south. I hope you enjoy them. Don’t forget to follow Lootie’s world run too – she’s currently in the US and will be intersecting with my run at various points across the US – https://lootie-run.com/blog/.

It wasn’t one of my better days. My ankle was more sore than usual, and the morning was very humid. Then I had to stop for a thunderstorm. All in all, I just didn’t have a lot of energy. It was just one of those days.

The day started along the shore of Lake Michigan, graduated to the suburbs of Milwaukee, and finished in the middle of the city. For those who don’t know, Milwaukee is the setting for the TV series Happy Days and Laverne and Shirley. The Cunninghams could have been living in any number of houses I passed today. And The Fonz was from Milwaukee, just as The Hud is from Maroubra.

Tomorrow I edge closer to Chicago, hopefully with an ankle that gives me less trouble.

It was a very hot and humid start to the day, although the conditions eased as the day wore on, with a cool breeze springing up.

After about an hour and a half I crossed the border into Illinois. Pretty much immediately the suburbs of Chicago commenced. There was a mix of residential and industrial suburbs, with the latter certainly less salubrious than the former. It will take me about two full days to cross Chicago from top to bottom.

Now, to diverge a little – I’d like to take this opportunity to congratulate Tracey and Bill, and Gabbi and Andrew, who all became parents for the first time during the week. As background, the Comets are a touch football team I have played with over the years. The team has been around since the late 70s with essentially the same playing staff, making it one of the oldest “continuous” teams in the world. Once a Comet, always a Comet, even if, like me, you go into playing hibernation for a while (perhaps even permanently in some cases). All new additions to Comet families automatically become Comets. Both Bill and Andrew are Comets. So, it’s great to see these two youngest Comets coming into the world to keep the tradition going.

Tomorrow we meet up with our daughter, Hannah, and stay with friends of hers in the south of Chicago. More on that in tomorrow’s report.

Another hot one, as I navigated myself across Chicago from north to south. This is one big city, and I spent the whole day running through suburbia, including 32 km on one straight street, Pulaski Road. It was 98F (37C) in the shade – far from ideal conditions for traversing a big city. 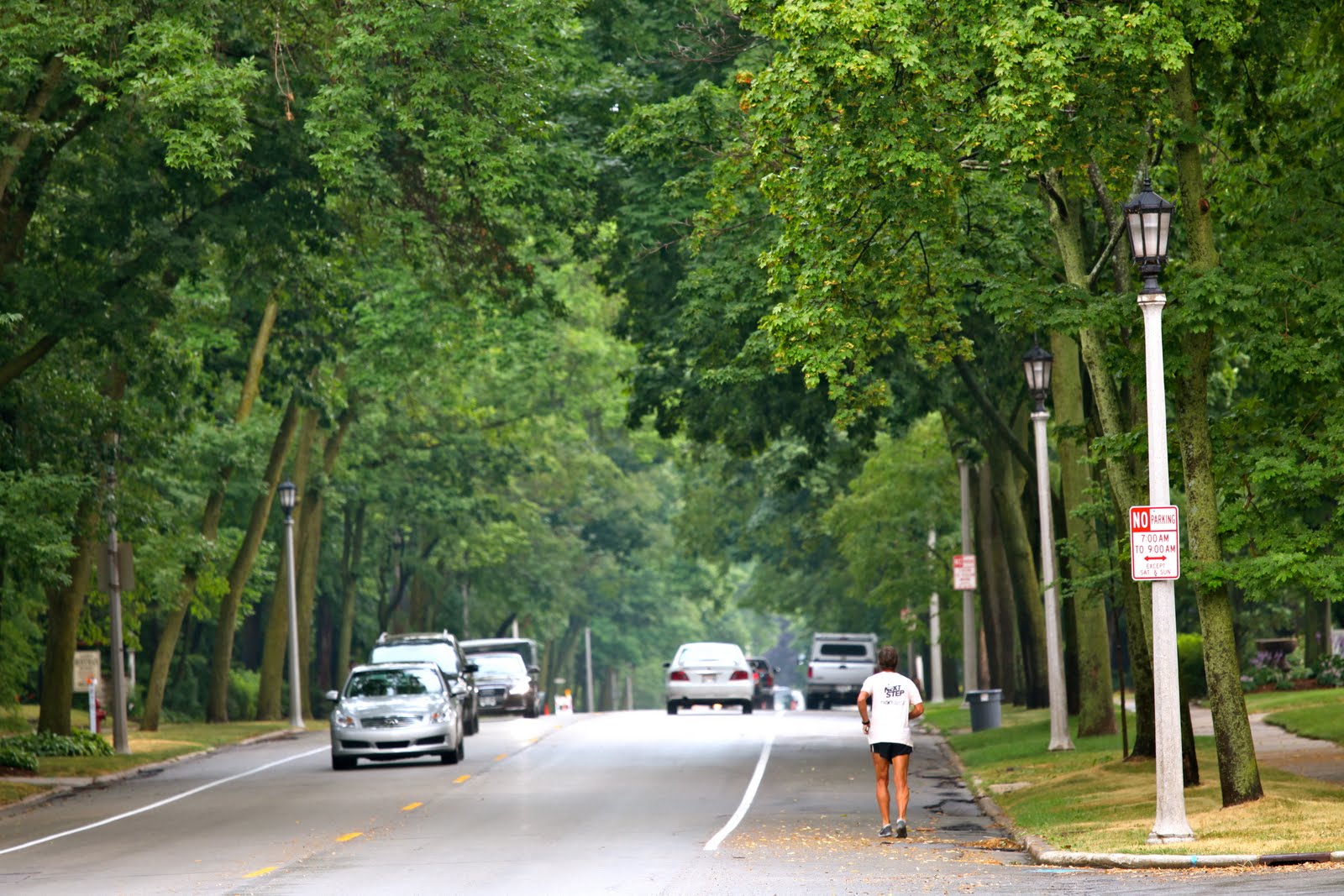 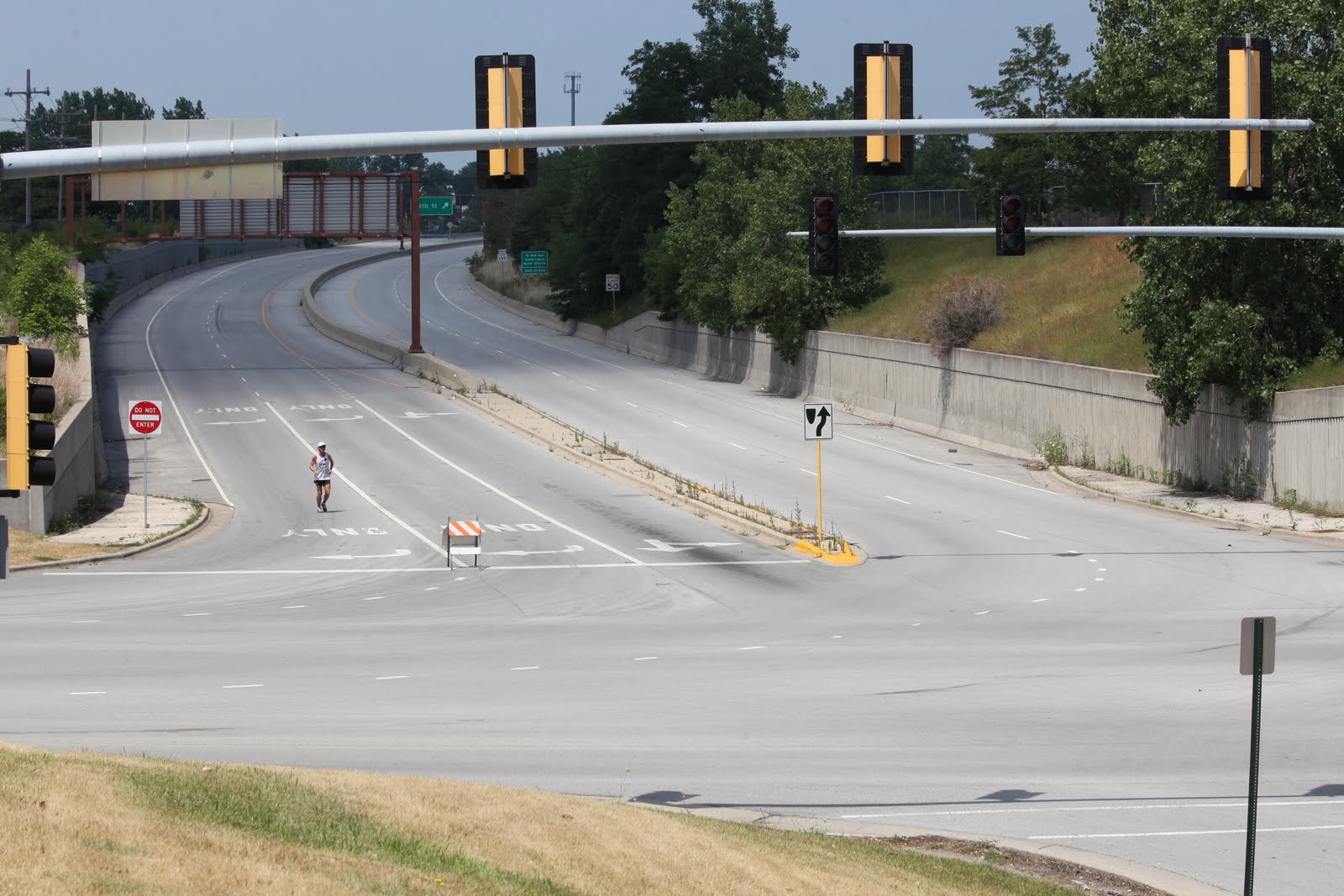