I knocked over a 3:30 kilometre this morning. Although not my fastest in recent years, I was happy given I hadn’t been feeling great on the road this week. And it felt easier than in past weeks. I’ve actually now run my last four 1 km time trials all within three seconds of each other. If I can strike a good day, I’m sure I can lower my recent PB to under 3:27.

And yesterday I passed 3,000 km for the year so far. The significant thing is, yesterday was exactly half way through the year (183 days down, 183 to go). So, if I can maintain the mileage, I should crack 6,000 km for the year, making it my biggest year since the world run. However, I tend to drop away a bit toward year’s end, due to the silly season in December.

Lots of visuals from the run around the world for you today. Firstly, two videos from this time of year in 2012. One is as I was running along the Mississippi on the Minnesota side, the other a news report from the local La Crosse TV station, filmed as I crossed the river into Wisconsin. There we were met by Diane and George, who graciously hosted us for three nights. Interestingly, La Crosse is supposedly where the game of the same name originated. I learned that when Michael Portillo stopped in La Crosse on one of his episodes of Great American Railroad Journeys.

There are also three photos from a year later when I was running along the Nullarbor Plain. Jeff and Michael had joined us for the 1,600 km section from Balladonia to Port Augusta, having lots of fun along the way finding camping spots and making camp fires, as you will note from the photos. 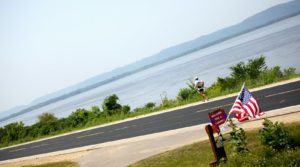 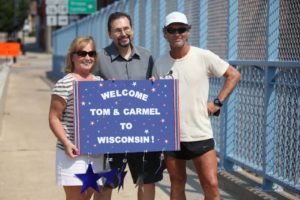 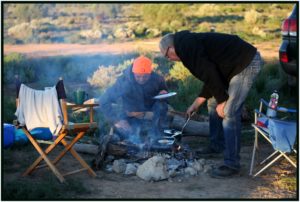 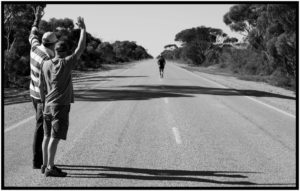