Another 74 sec 400 metres this morning. Maybe I’ve hit my limit, but I’m not going to stop trying to it get down under 72 secs (3 minute per km pace). It doesn’t seem that long ago I was running 400 m in under 60 seconds, but that will never happen again.

If you want to see what it’s like to run alongside the Mississippi River, have a watch of the first video below. And there are several photos of interest after the old blog posts.

I won’t keep going on about the heat and humidity, but suffice to say that over 1200 “heat records” have already been set in the US this summer alone. Today half the country was over 40C.

I had lunch in the town of Wabasha, and learned that it was the location for the movie Grumpy Old Men. The Mississippi must freeze in parts during winter, as those guys did a lot of ice fishing (through a hole cut in the ice). Or maybe they fished on one of the many adjacent small lakes.

If every hot and humid day was as good as today, I certainly wouldn’t be complaining. I felt pretty good, even though I was sweating like the “proverbial” (Watto, help me here!) all day long.

I did have the Mississippi to keep me company, and that makes the day easier. I was also joined by Tesla from the local Winona newspaper (and Joe the photographer), who ran a few kilometres while she interviewed me. Things like this help break up the day. Similarly, Mike from the Wabasha newspaper helped break yesterday up nicely.

So I’ve now completed half a year of my trip as of today. If I manage a similar second half to 2012, I’ll cover around 17,000 km for the calendar year; way more than my previous annual best.

I finished in the village of Homer – and celebrated with donuts and Duff beer!!!!!

I’ve often said the mental side of this run is the harder part, but some days are just as hard physically. I am now carrying a thermometer, which I keep in the shade in my belt pouch, allowing me to know the real temperature where I’m running. Today it reached 98F (37C) and stayed there most of the afternoon. And I’m running in the direct sunshine, so you can see what I mean about the physical side being demanding. And the heat makes the roadkill smell even worse.

A planned short day, and wasn’t I glad about that. The humidity was almost as bad as the time I ran at Manaus in the middle of the Amazon. And that was only 5 km, so today’s 27 km probably qualifies as the most difficult conditions I’ve ever run in. I don’t think I could have made 50 km today, even if I had planned to.

I ran 10 km along the Mississippi, before heading inland amongst beautiful green valleys and wooded farmland. I really hope the extreme weather cools down so that I can enjoy the countryside more. There are even little communities of Amish farmers sprinkled throughout these valleys.

We are staying again tonight with Diane and George. Diane made a delicious dinner last night of traditional Wisconsin food, complete with a local version of a hotdog, called “a brat with all the fixin’s” – it’s food to eat while watching Green Bay Packers’ games – great stuff. Once again, we’re tremendously appreciative of their hospitality. 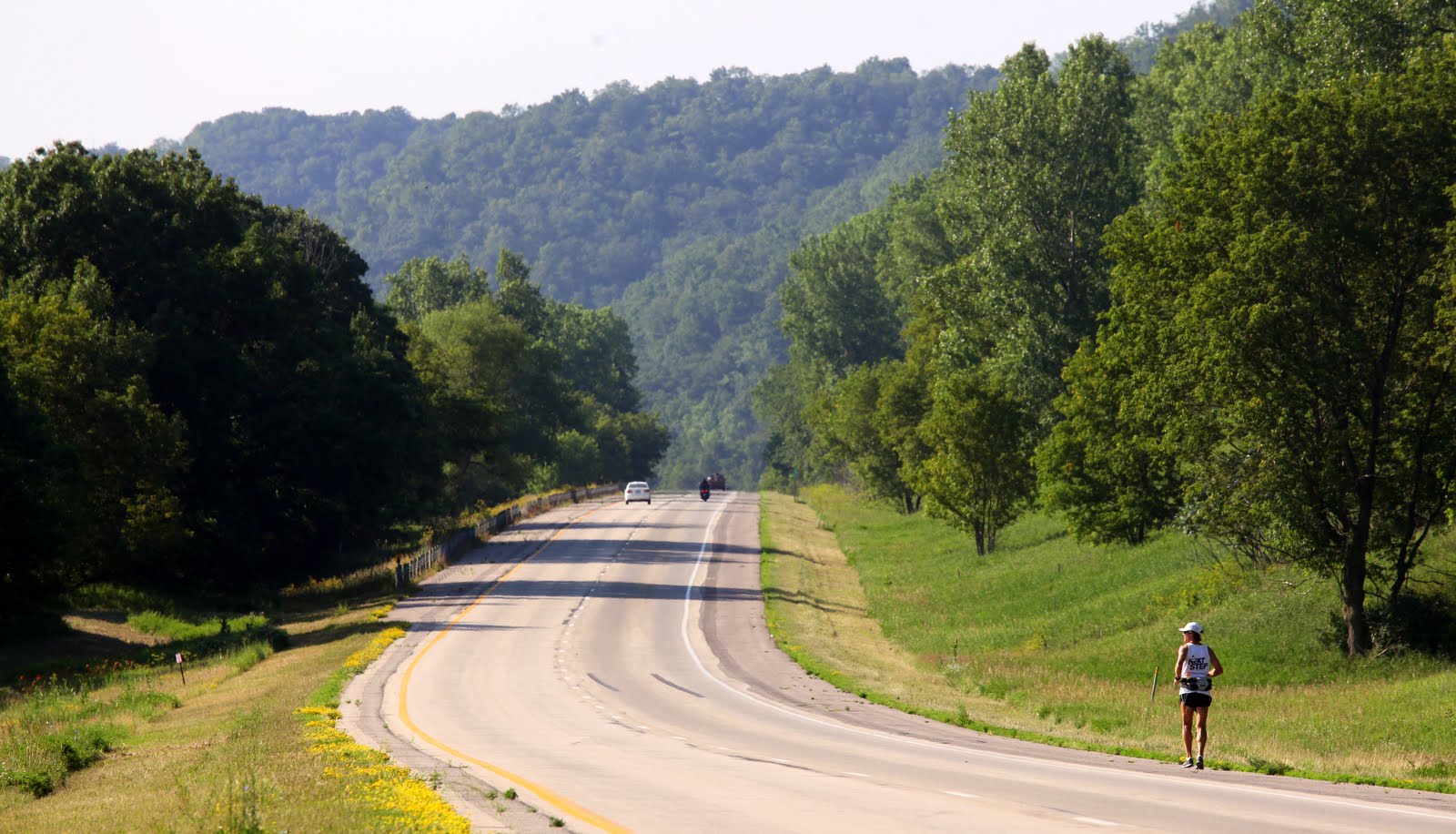 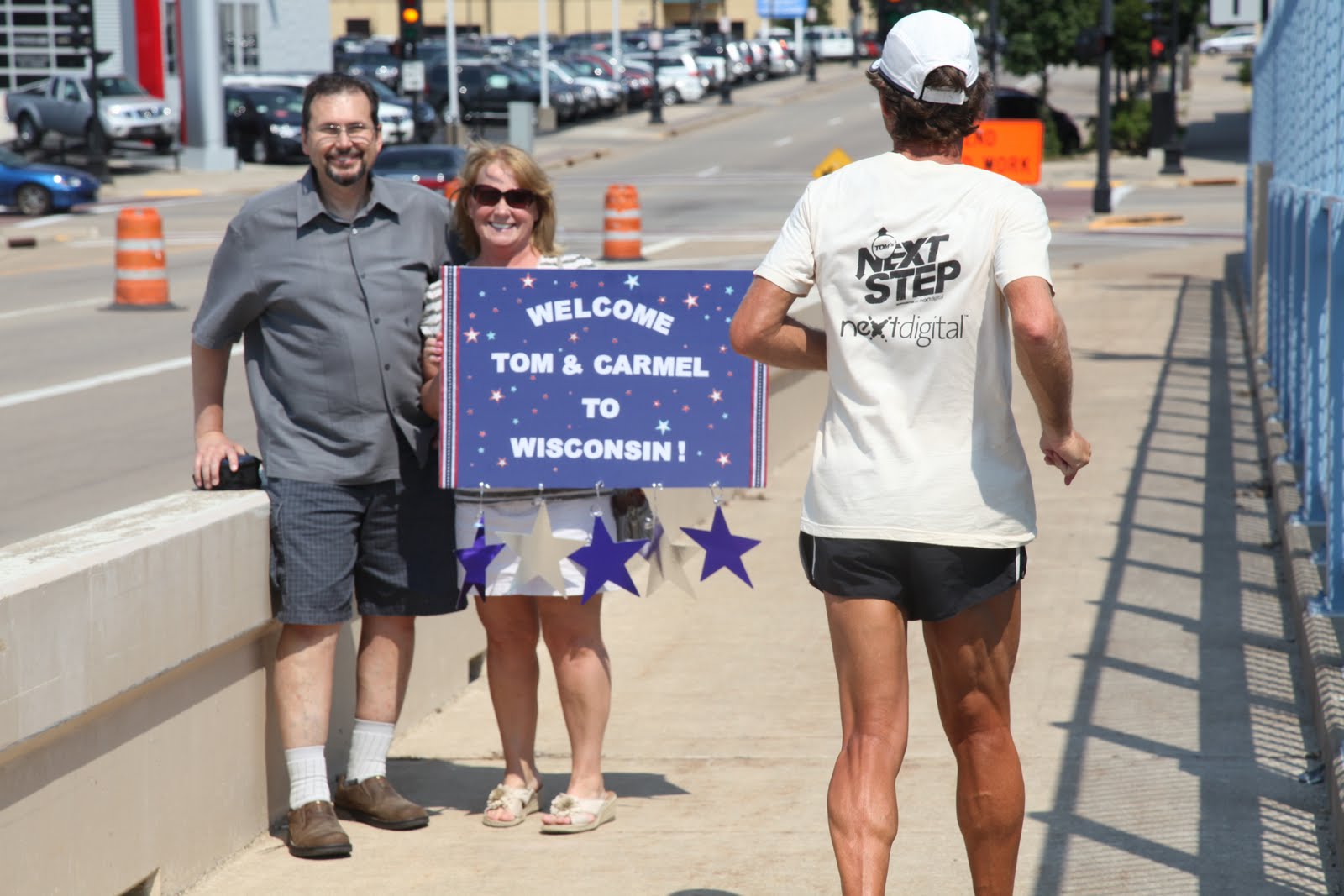 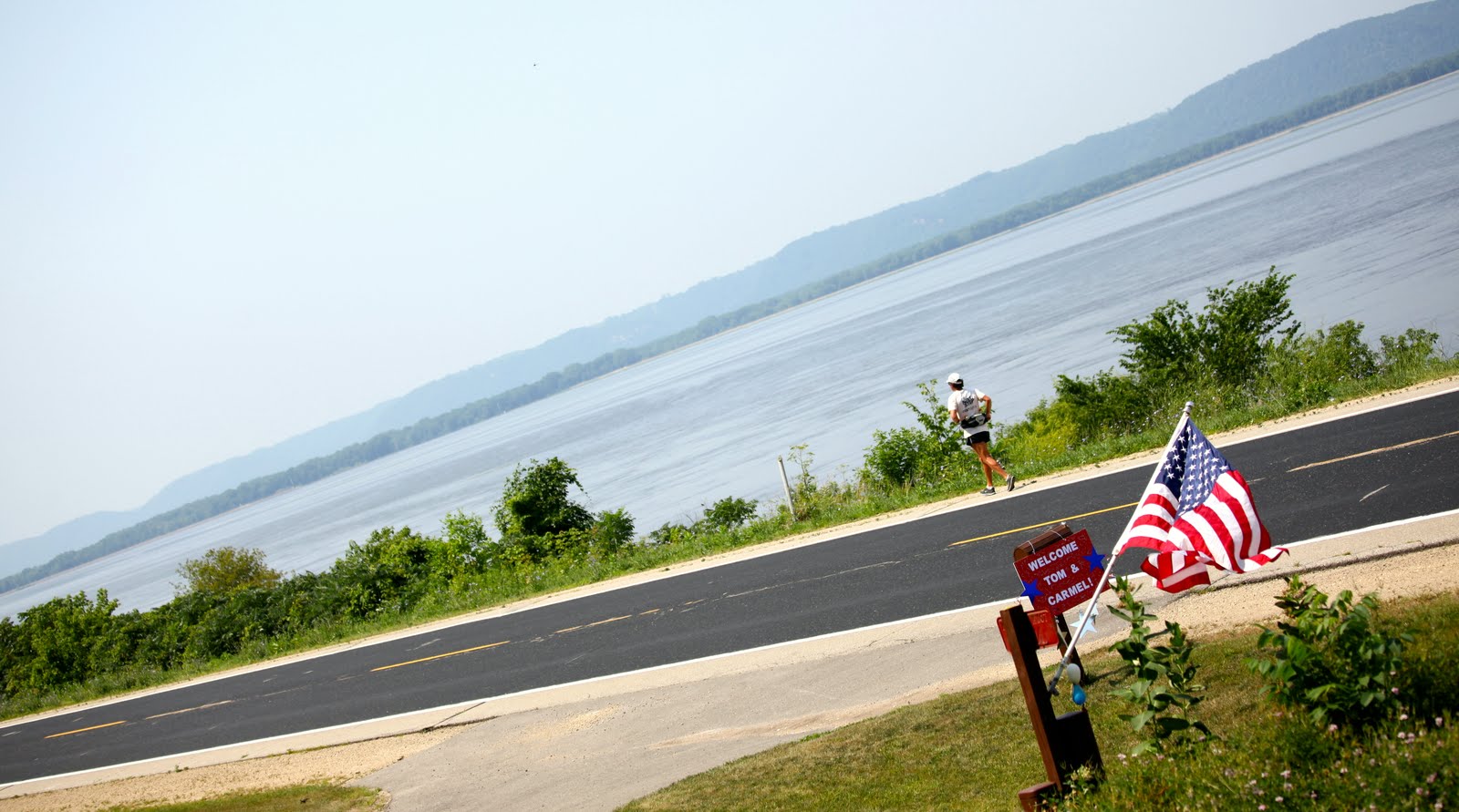