Managed a 3:26 km this morning, despite feeling more tired than last week. So I guess that wasn’t too bad.

Today’s world run history is from when I was running between Chicago and St Louis. It was just before the start of the 2012 Olympics, and now we’re about to begin the 2021 Olympics. That was a fast nine years.

I had another good day on the road, although it’s heating up again, and the 36C temps were too high for it to be comfortable. The landscape is back to green corn fields and soy bean crops, and it’s very flat. Without the heat, it would be very pleasant for running.

There’s not much more to report today – just making my way south (with a touch of west) toward St Louis. Maybe tomorrow will be more interesting – I know it’s predicted to be hotter.

The weather prediction was for 37C today, so I approached the day with some trepidation. However, the cloud cover and steady breeze made it a lot more comfortable than I had expected. In the end, I had quite a good day through the corn and soy bean fields.

Despite the temperature reaching 40C today (in the shade), I again benefited from the cloud cover and breeze.  In fact, I was having quite a good day, at least for the first three-quarters of the run.

And to top it off, the cloud cover lifted and the temperature went up by about ten degrees. Added to this, the traffic increased significantly on the road (I think there may have been a shift change at the nuclear power plant I had just run past) at just the time the paved shoulder disappeared completely. I had to run on an extremely rough gravel surface by the side of the road, and the unevenness made the ankle hurt even more. Yes, it was a very tough last quarter to the day. 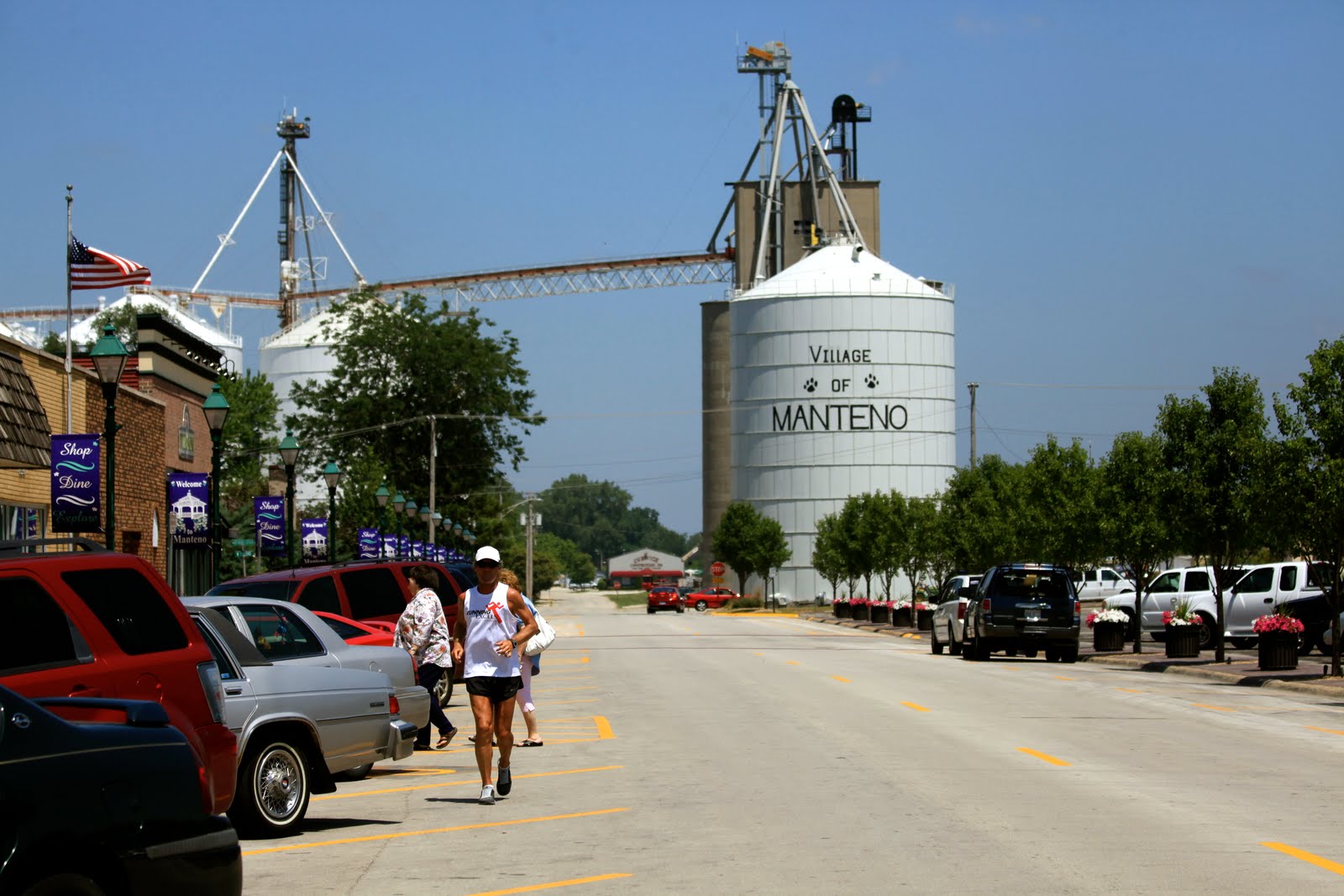 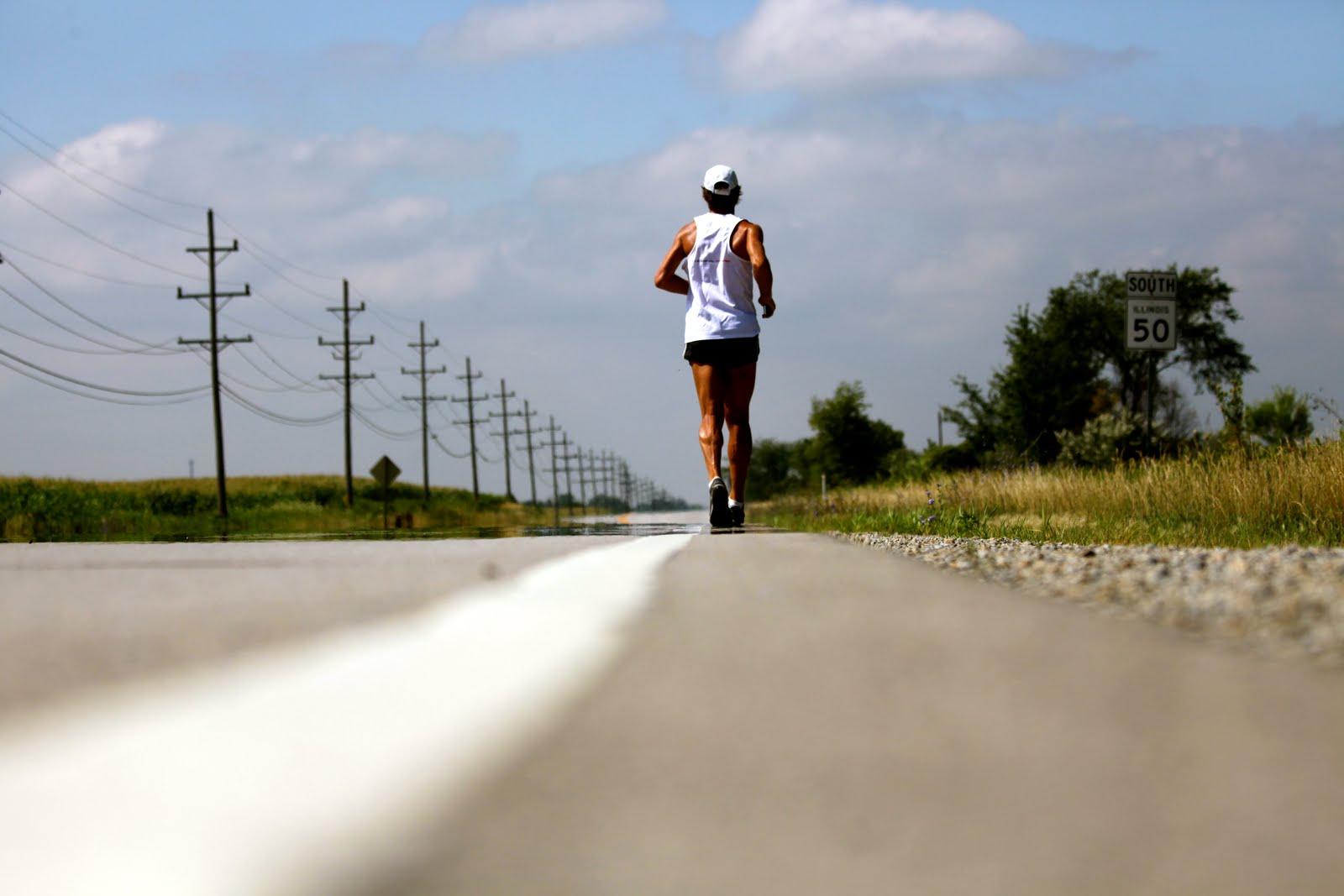 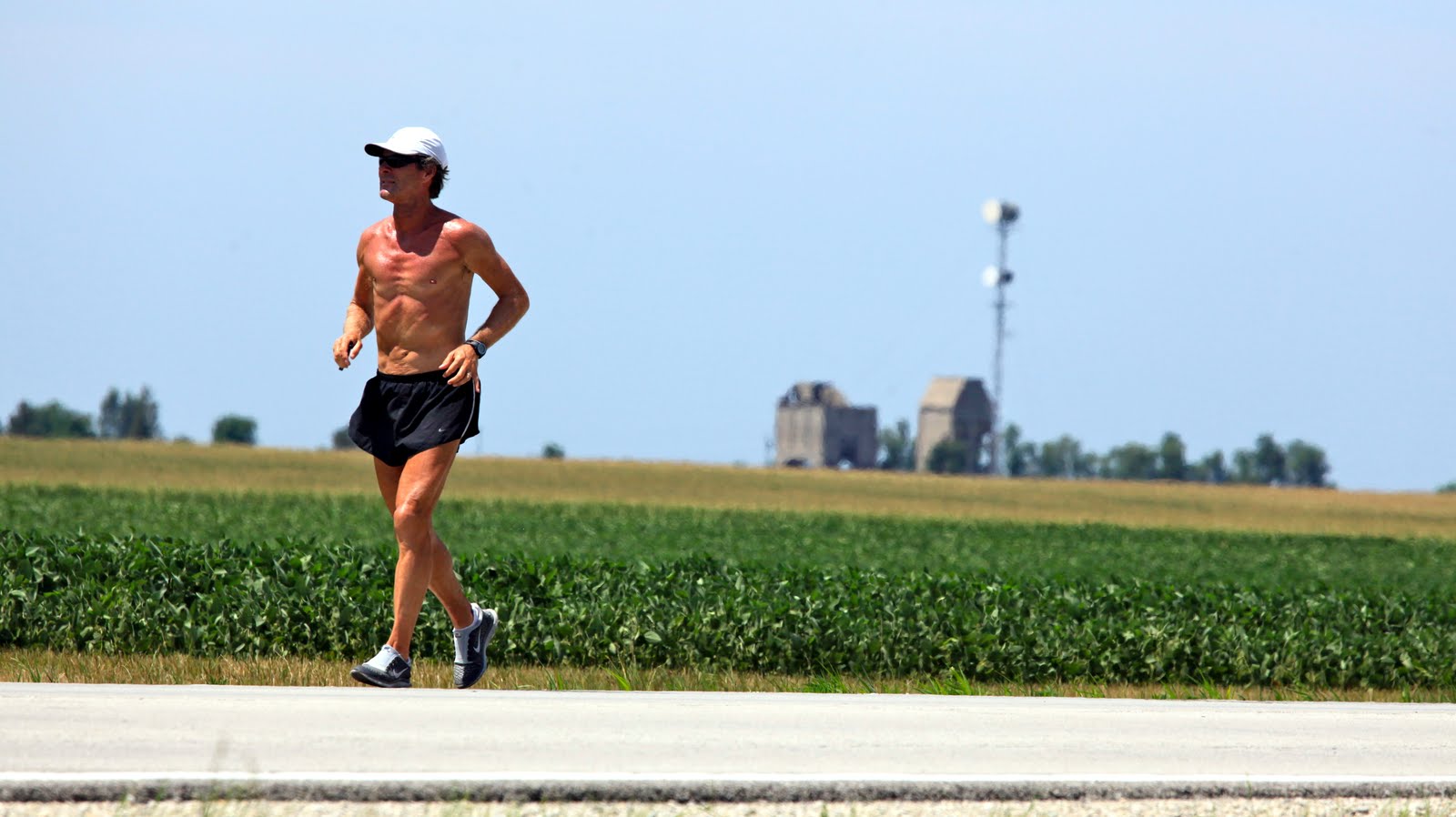 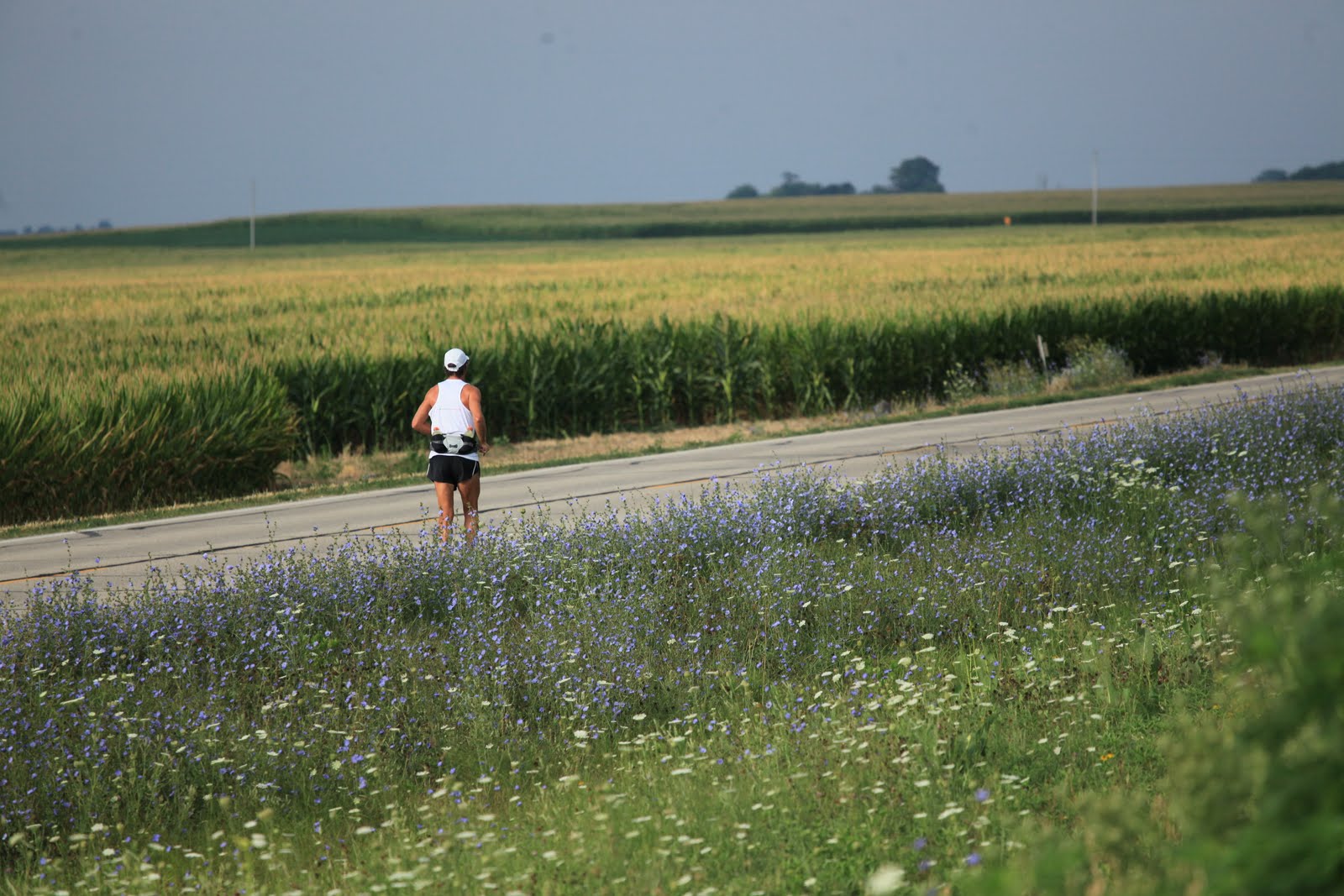