I decided I’d try something a little different in today’s time trial – 1500 metres. I thought a 5:45 would be OK, but ended up surprising myself with a 5:32 (my PB is 4:13 from 1984). You might be wondering why I seem so interested in these times. Well, for a long while now it’s been obvious that I will never again set any true personal bests. They were pretty much all achieved in the 70s and 80s (though my half marathon PB of 73:50 was run in 1990, as was my City to Surf best).

Now, back to the world run. The photos below are from the lower Flinders Ranges in South Australia in 2013, and from Missouri in 2012 (four from each). You will no doubt note the beautiful countryside of the Flinders Ranges. The Missouri photos include one of me jumping over a puddle, which was the result of the rain in the next photo, along with Hannah jumping below the famous arch in St Louis. Hannah had joined us there for the nine days in took me to run to Memphis. I was amazed at high she was able to jump. 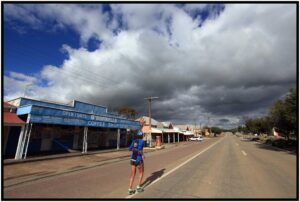 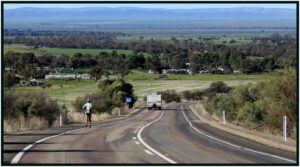 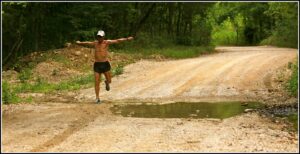 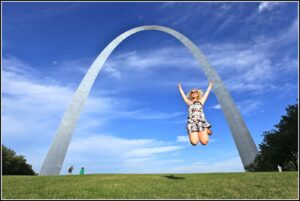