As usual, today’s world run history is from this time in 2012. If you check out June 9 in particular, you’ll see how I refer to a cycling race around the world and the guy who won it, Mike Hall, who averaged 320 km per day for three months. Tragically, Mike was killed a few years later when hit by a car during another long distance cycling race. This happened near Canberra in Australia, only about 200 km from where I live. A very sad end to the life of an amazing athlete.

The video below, taken in North Dakota, is a great illustration of the flat countryside to the south-west of the city of Fargo.

Following my mention yesterday of the cyclists who have circumnavigated the earth according to the Guinness World Records rules, I learned that a race based on these rules concluded earlier this week. The winner was a guy called Mike Hall, who completed his lap of the world in 92 days – an incredible average of about 320 km per day – which is more than six times what I’m averaging on foot. This smashed the previous cycling world record, which had already been broken several times in recent years.

It’s not like I haven’t experienced hot weather before. Of course, in Sydney it can often be over 40C in summer. But there’s a big distinction between running for an hour on such days at 7 am, and running for seven hours through the middle of a day like that. The fact that I’m managing these conditions gives me confidence for the months ahead. 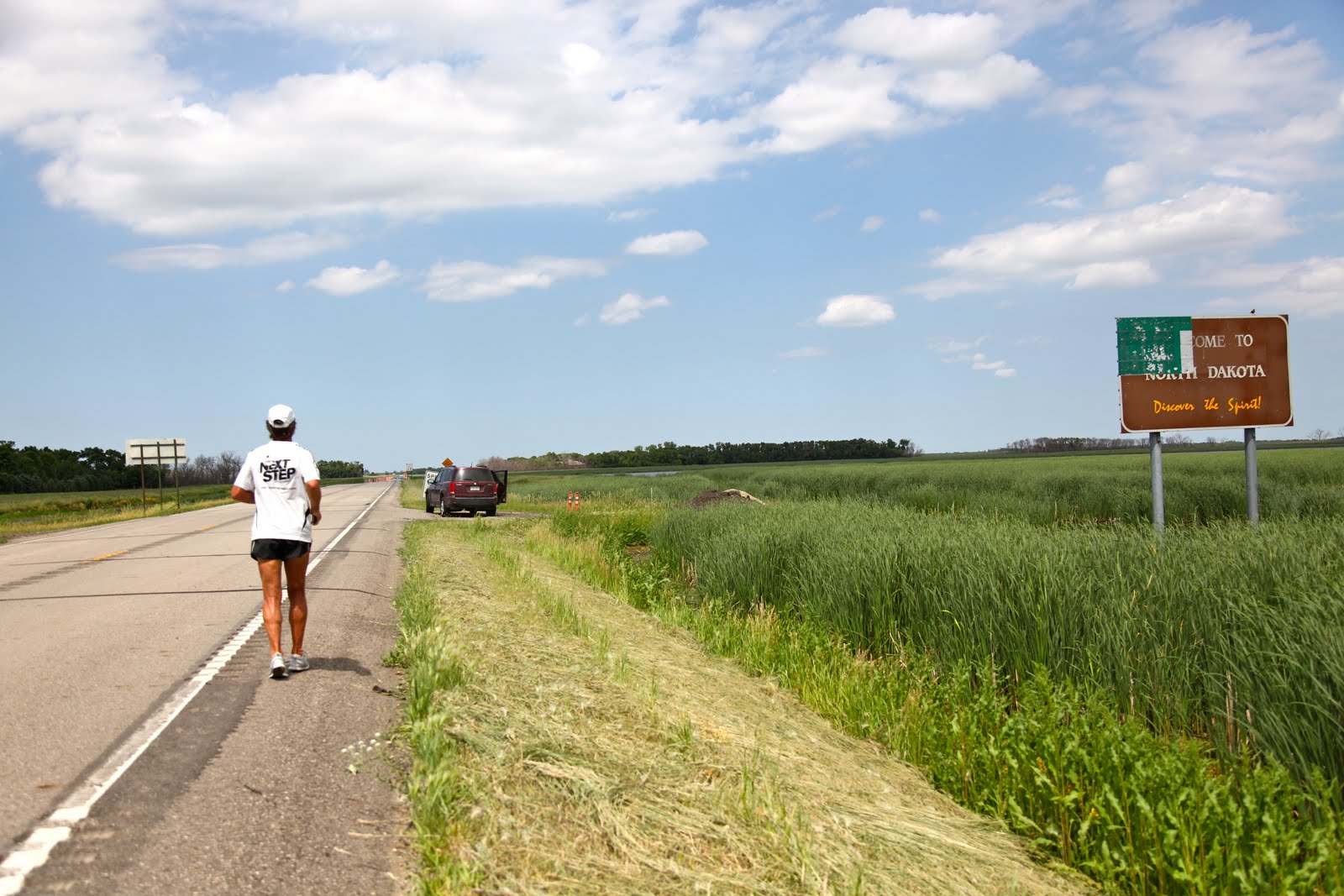