This has been my best training week for at least two years. I’ve already covered 120 km and it’s only Friday morning. Not only has the volume been high, but the pace has been faster than I’ve been averaging for years too. Which all adds up to a much more enjoyable running experience. I’ll be taking it easier over the weekend, however. And the Royal Double Ultra is only two weeks away. Despite running well at the moment, I’m still not going to be pushing it too hard in the race.

Seven years ago I was running on a rail trail in northern Minnesota. It was a really wonderful location as you’ll see from the video and the photos. There is also a photo of one of Minnesota’s 12,000 lakes. This one, so we were told by the locals, was the lake on which the ice fishing scenes were filmed in the movie Grumpy Old Men. Of course, it was summer when I ran by the lake. 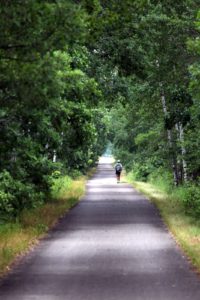 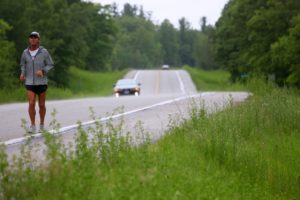