I came through my 50 km trial yesterday with flying colours. I haven’t run that far in a day since the Big Red Run two years ago. I even managed some reasonably fast kilometres. But the most pleasing thing is how well I pulled up this morning. I honestly felt I could have done it again without too much trouble. To be honest, I have a small degree of soreness in the quads, but it’s very minor.

That means I’ll be attempting the Royal Double Ultra in four weeks. I’d better get myself entered. That said, I won’t be competitive – I’ll just be aiming to complete the 100 km. I’m far too underdone to be trying to race the event. Just getting through it unscathed will be good enough for me this time, given the lack of training for an event like this. I’ll leave the racing to the younger ones.

Today’s photos include a video from this date in 2012, as I was running in eastern South Dakota, near the town of Miller. And, as you’ll see from the photos, it was a very flat region. Only a week or so earlier, I was running in the Black Hills – far from flat. 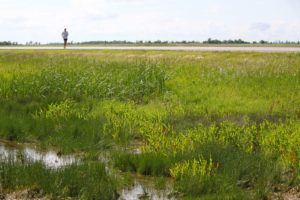