I am now in Birdsville, awaiting the start of the Big Red Run tomorrow morning. My glute didn’t appreciate the long plane journey yesterday. Hopefully it won’t play up when the race starts.

Birdsville is a truly iconic location, especially the pub. I’ve attached some photos below to show you what I mean. I had a few red wines last night in the pub with my new race friends. And a curried camel pie for breakfast this morning.

This time tomorrow I should be finished the first day’s marathon. As I mentioned earlier in the week, I’m targeting somewhere between 4:30 and 4:45 for the first day or two. It is vital to go easy over the first few days. It’s only after two days that I’ll be able to properly evaluate my condition. If I’m feeling good, I’ll up the pace on subsequent days. If I’m feeling badly, I may slacken off a bit. I really can’t tell which it will be, having never before raced over consecutive days.

And I’m hoping to have reception each evening so I can post updates. Stay tuned. 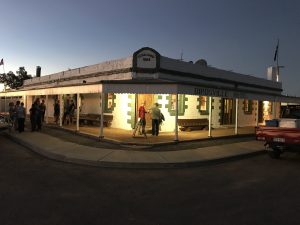 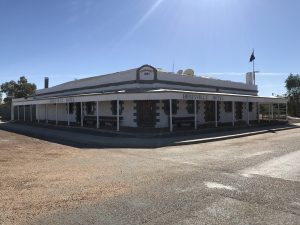 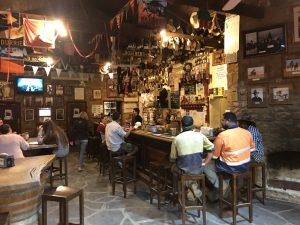 Inside the Birdsville Hotel last night