I’ve run a fast(ish) lap of the park only twice so far this year. The first time was on March 26 when I ran 17:24 – pretty slow, really. Three weeks later, on April 16, I did it in 16:30. I really expected to be somewhere in between this morning, and probably closer to the 17:24. I decided anything under 17 minutes would be a good result.

However, it quickly became evident that I was on track for a faster time. I was ahead of schedule (compared to the 16:30) at every checkpoint, and eventually stopped the clock at 15:56. While I had to push fairly hard over the final 400 metres to get under 16 minutes, I was comfortable and felt I was running within myself the whole time. I’m glad I decided to take on the longer time trial.

Five years ago today we stayed in Norseman in Western Australia, during the “final lap” of the world run – across Australia. The photo below shows me approaching Norseman (about five or ten kilometres out), while the second photo is from that evening in the motel/camping ground. At dinner that night we met Frankie J Holden and his team, who were on the way across Australia filming a caravanning documentary. It was nice to break up the run with social occasions like this. 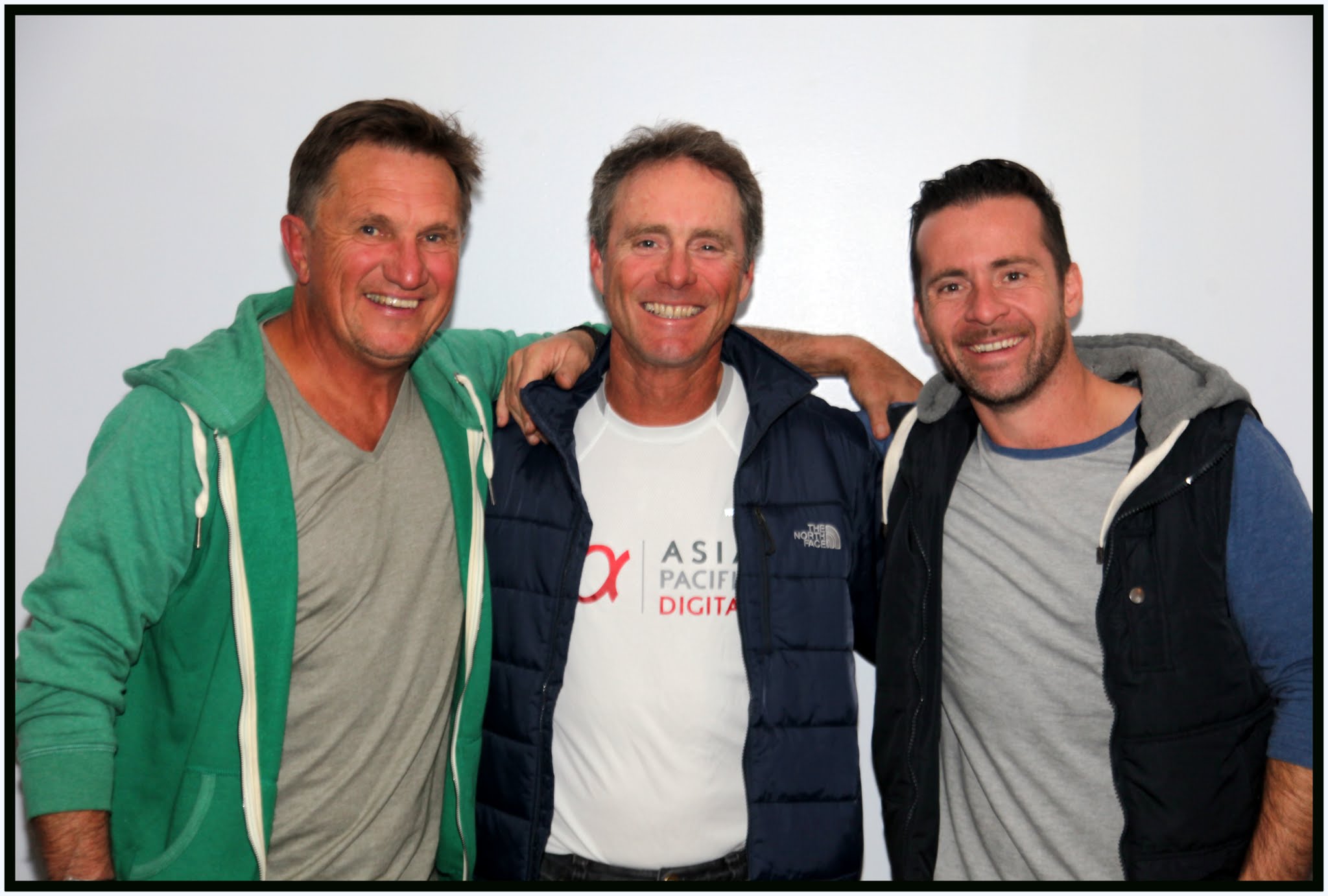