I managed to knock another second off my recent 400 metre time, with a 73 sec effort this morning. One day I’ll actually rest up for it. It would be good to feel a bit of energy in my legs when I do these time trials.

Today’s world run offering entails more of South Dakota, but by this time I was getting into the really flat farming land. There are a couple of videos and photos that illustrate this fact. By the way, I was not quite correct when I declared being one-quarter the way through the run. I had actually already passed that milestone several days earlier.

It was a very hot one again today; 32C, but I am pleased with how I’m handling it. The roads were generally very quiet again, at least during the first half. At 20 km I reached a very nice lake that I ran along the shore of for about 4 km. It reminded me a lot of rural Sweden, north of Uppsala, including the red barns. Carmel very patiently provided me with drinks at appropriate spots along the road for three hours this morning, culminating in a nice late morning snack by the lake.

It was another hot one, and even now, at 5:15 pm, it’s over 30C. Remember too, whatever the official temperature is in the shade, I’m experiencing it quite a bit hotter on the road in the direct sunshine.

I think it got to me, as my legs had nothing by the end of the day. The busy road with no shoulder (yes, I was back on one of these today) did nothing to improve the day. The forecast is for the next week to be above 30C, and tomorrow will be on the same road as today, so I’d better steel myself for another tough day. 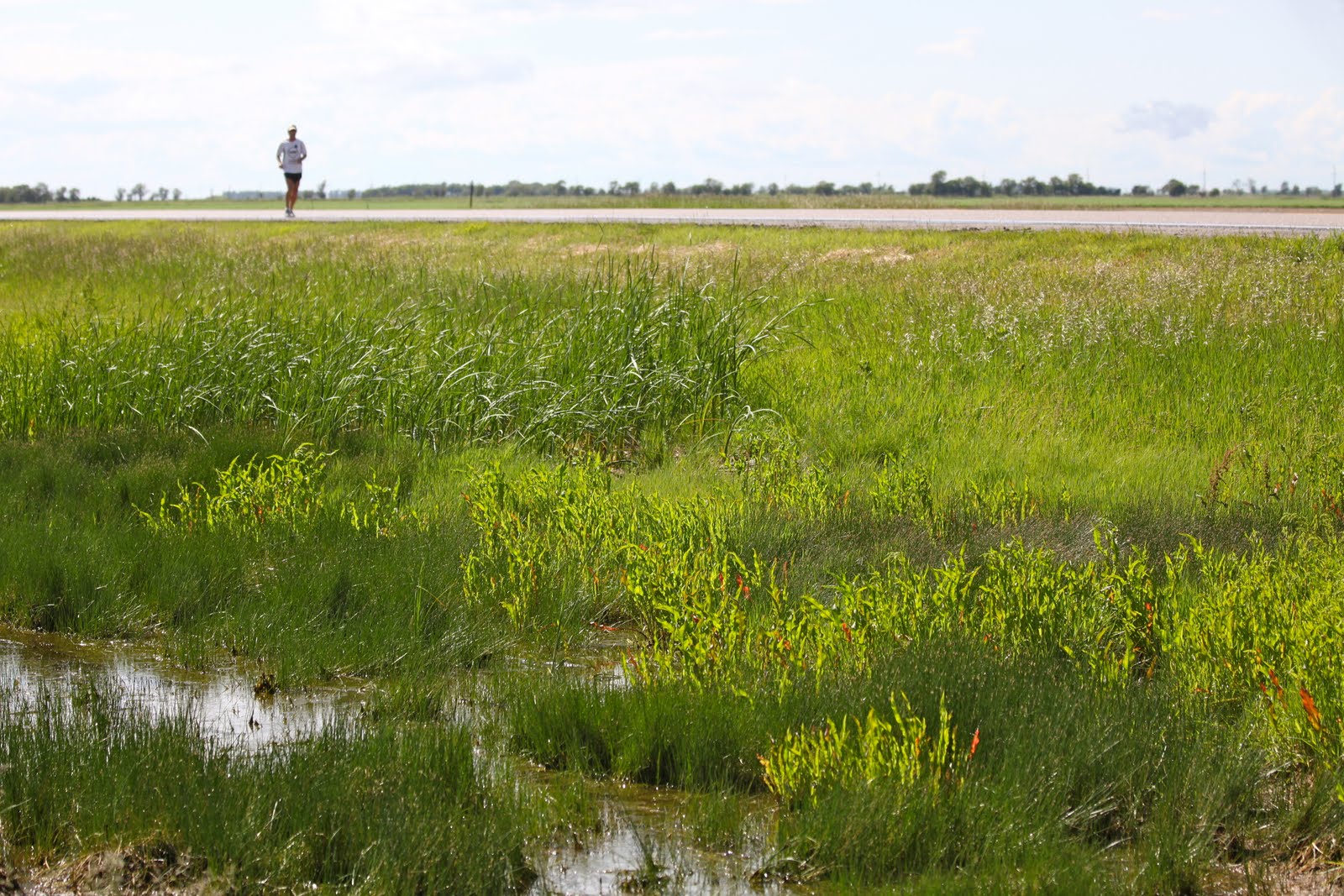