Today’s world run entails the centre of South Dakota, when I ran through the capital, Pierre, in late May of 2012. The video shows me crossing the Missouri River. It’s very wide, despite being so far upstream and not all that far from its source.

When I reached our motel, I was met by Nick from the Capital Journal, who conducted an interview. I also learned that the Days Inn Motel has provided us with a great rate, and an upgrade to a room with a jacuzzi – I can’t wait to sample it. Thanks Days Inn Pierre.

As I’ve said before, you just can’t pick ’em. After a strong run yesterday, I was expecting to be powering today, but I felt terrible during the morning, only picking up after about 2 pm.

Part of this was due to the fact I was running on a busy road with no shoulder. This is the worst type of road to run on. I was constantly jumping off the road surface on to the rough gravel to avoid cars. I just couldn’t find a rhythm.

However, after 30 km I reached the intersection of US14 and US83. After this, the traffic volume reduced dramatically, and the shoulder widened just as dramatically – bliss for a runner.

All the same, running on the constant camber facing the oncoming traffic has resulted in a sore right ankle. I’ll have to be careful to ensure this doesn’t escalate into anything more serious.

Today I crossed the 100 degree west meridian. There was a sign by the roadside signifying the fact. It also explained that, due to an incorrect report by surveyors in the early 1800s, that everything west of 100 degrees was a desert, banks would not lend to anyone wanting to settle beyond this imaginary line. It caused a lot of economic hardship in the Dakotas for quite some time.

And to finish, a very happy birthday to my daughter, Grace. Have a good one! 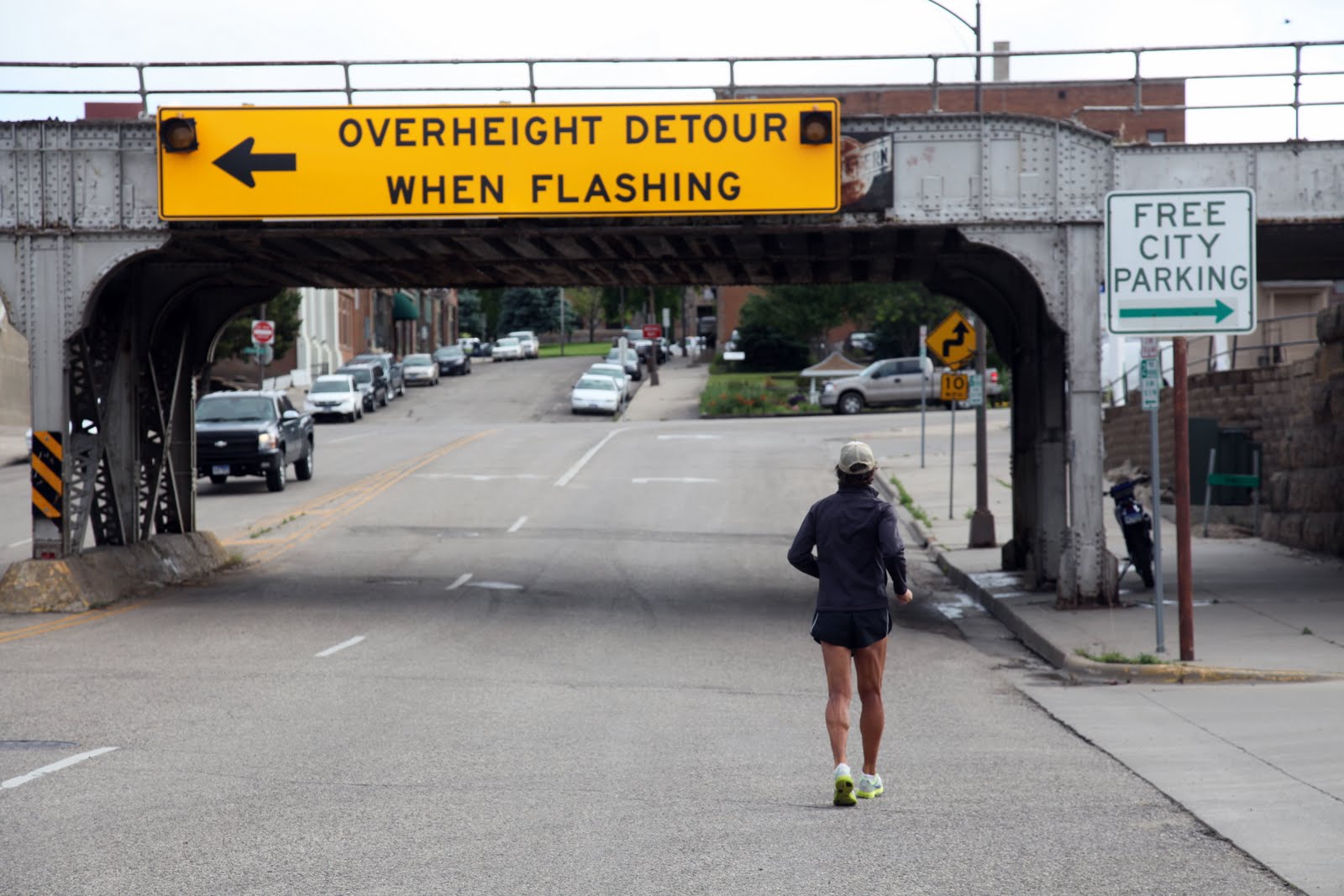