Plenty of videos, blog posts, and photos today from the lower Burgundy region of France. I have to admit, it’s a nicer climate there in summer, having cycled through the region a couple of times then. However, it was still a pleasure to traverse it on foot in late winter.

I will keep today’s report relatively short, as we have our first visitors on the run since Chook and Don last October. Old friends, Steve and Judith, have dropped in to spend a night with us in Burgundy, on their way back from Geneva to London. More on this tomorrow.

Today was great. While it was still cold, the wind let up and I was quite comfortable. And, in addition, I spent the whole day on a bike path that used to be a rail line. It was a joy to be able to run freely, without constantly jumping off the road to avoid cars. France’s roads are on a par with some of the worst in the southern US states, in terms of no shoulders for pedestrians. Most of the time there is nothing. It was great to avoid this today.

I headed from the Saone Valley, over a ridge into Cluny, which I reached late in the morning. Cluny used to have the largest cathedral in the world, until Notre Dame was built in Paris, some 900 years ago.  Nowadays, there are only the foundations to see. I’m not sure what happened to it. The foundations still attract quite a few tourists, though.

The afternoon was spent on a quite flat and straight section heading north. After lunch at St Gengoux le National (a great name for a town), it was on to the end of the day at Le Filletiere, enjoying the bike path every step of the way.

It was one of those days, when I just didn’t really feel like being out there. There was steady rain for much of the day, and a bit of a wind blowing. These conditions, coupled with running on a relatively busy road (with no shoulder), made for a less than desirable day for running long distances.

However, I got through my planned 50 km, but stopped at the earliest opportunity after that. These are the days that really count.

After a long hill to start, I reached Le Rochepot, with its amazing chateau (see the photos). Then on to Beaune, which is considered the gastronomic capital of France. It was a very pretty town, with lots of top notch restaurants throughout the streets.

By this stage, I was running in the Cote d’Or, along the Route de Grand Vins, one of the most famous wine regions in the world. The hills were covered with vineyards, as were the plains.

Next was the town of Nuits St Georges. This was also a five star town, and they had a festival on in town. Carmel stopped and got us some escargot for lunch. Yes, it had to happen eventually – we ate snails in the car while it rained outside.

The wind continued to pick up and it was getting colder. I covered another 9 km after lunch, and was very pleased to stop. Unfortunately, there is rain predicted for the next few days. 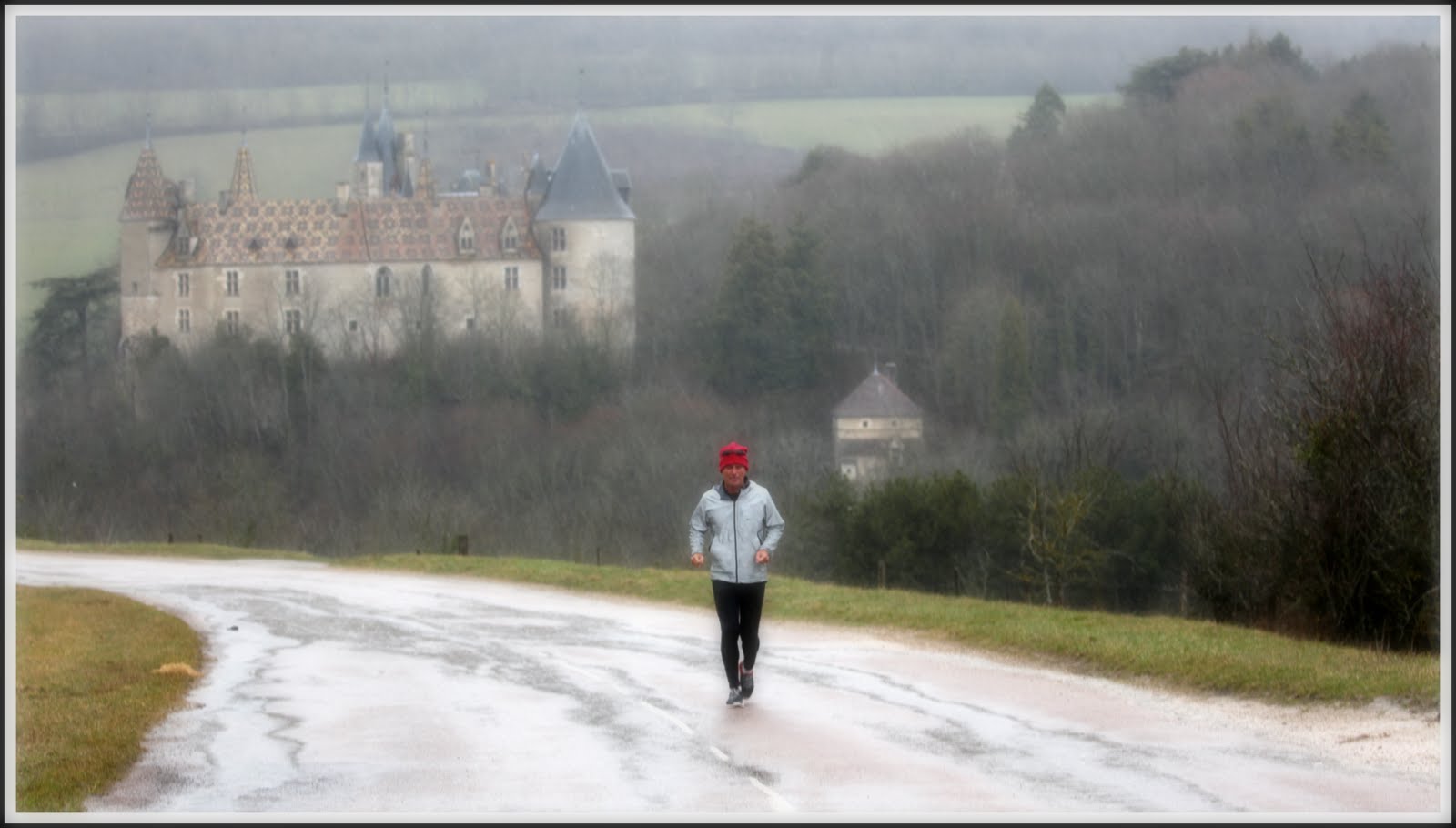 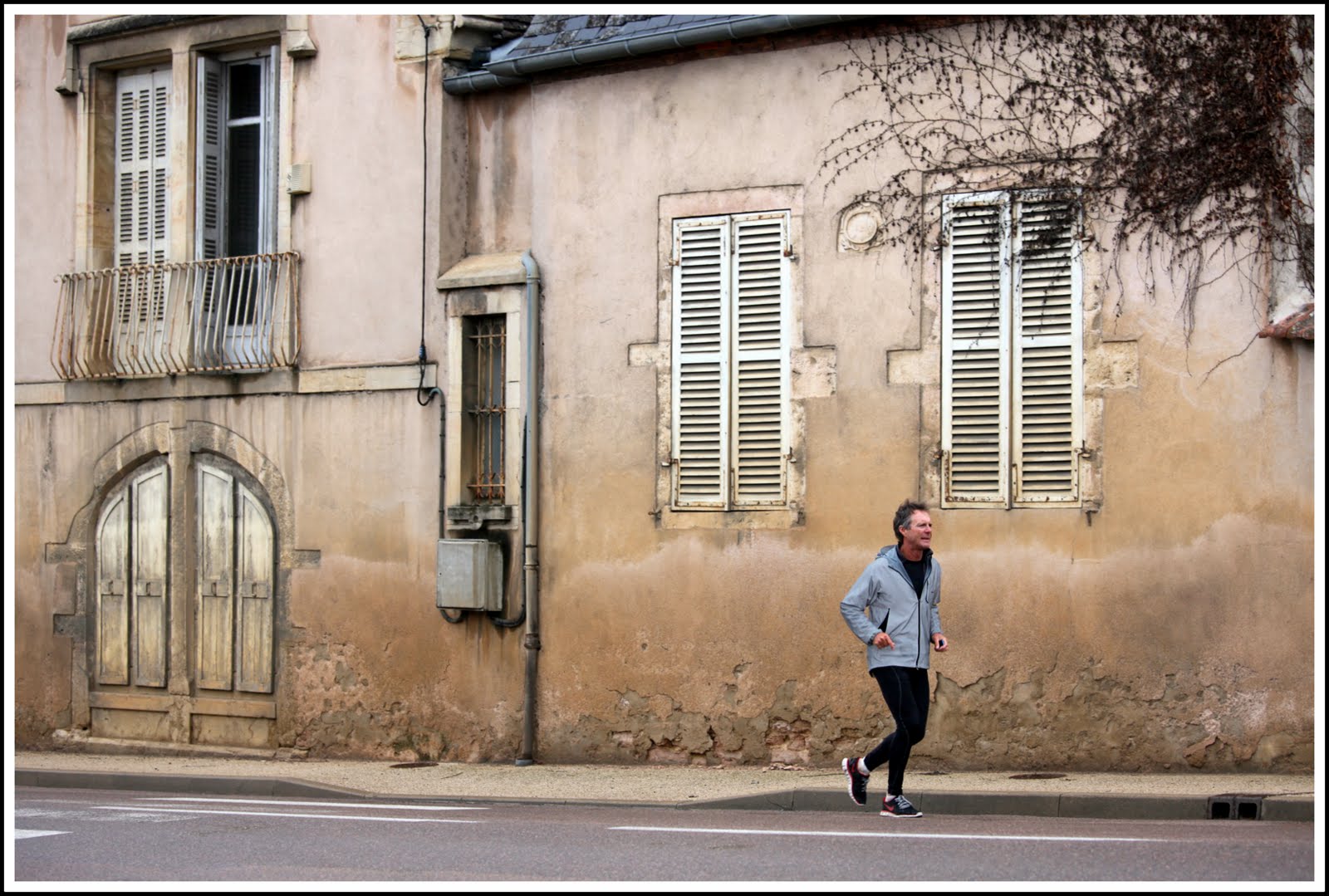 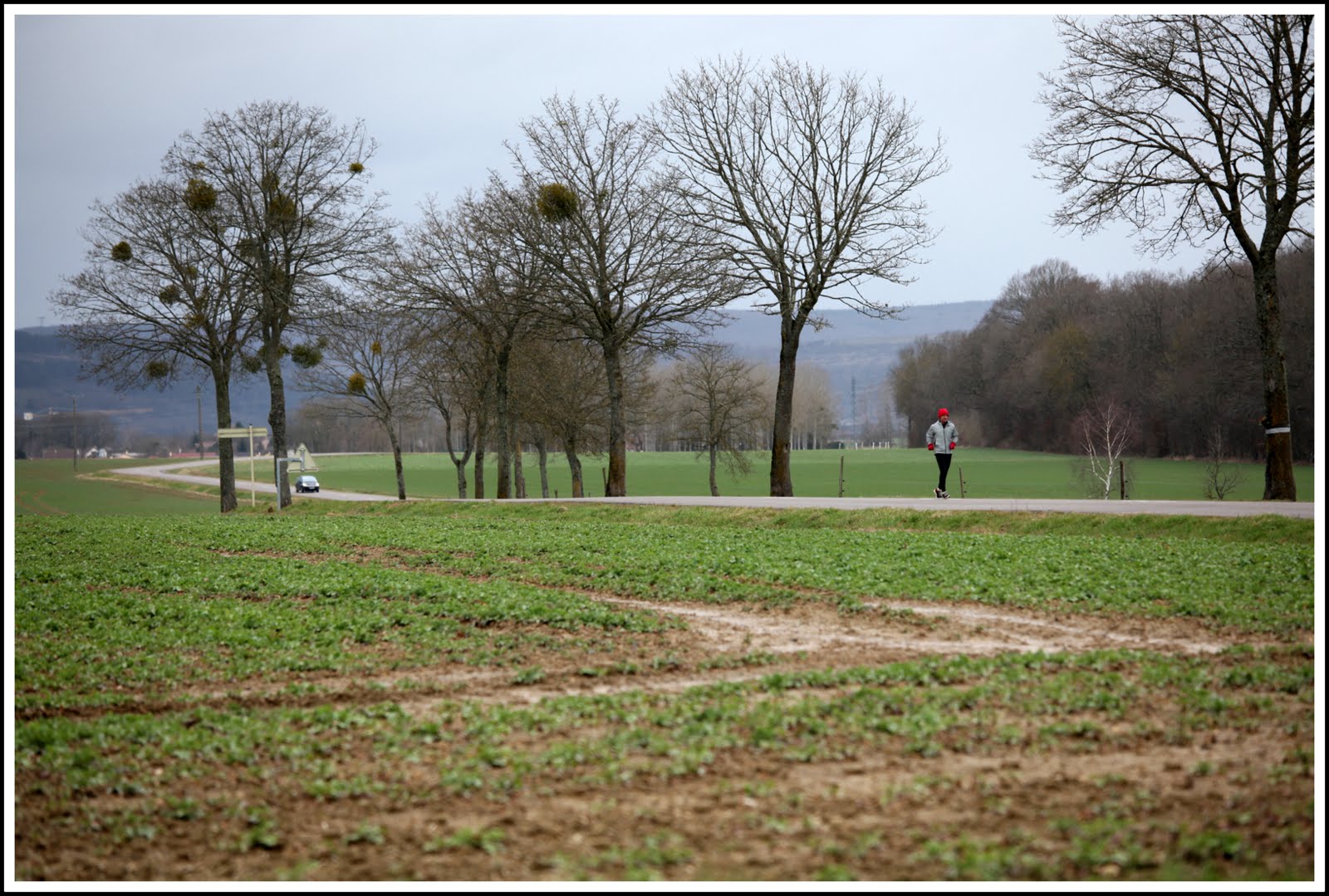