I did a Centennial Park run today, only it wasn’t at Centennial Park. I actually ran the exact same distance on a track. The slight niggle I have with my right Achilles may have suffered on the very minor uphill section in the park, so I played it safe. I have to say, I was very pleased with the 14:57 I ran for the 3.7 km (final K in 3:57), although I reckon it would have been about 10 seconds slower had I run the real park. Still that’s about a minute faster than two weeks ago.

Today’s videos are from Los Angeles and southern France. The LA video, filmed near Venice Beach, is interesting for the mistake I made – I claimed it would be the last time I saw the Pacific Ocean until I make it back to Sydney at the very end of the world run. Of course, I was to see the Pacific again in about eight months when I started the South American leg in Chile. As for the photos below – California I’m in shorts, France I’m in long pants. 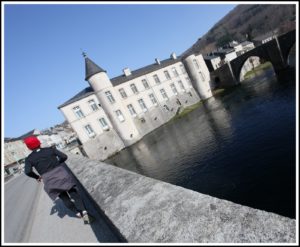 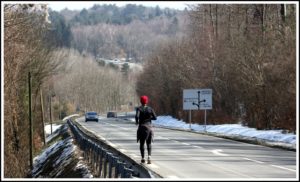 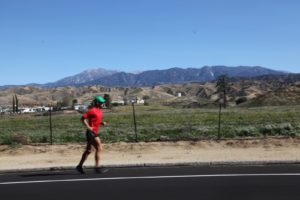