Today’s world run memories include a brief foray in Switzerland, which I did again on a couple of occasions over the ensuing days. The run along the Doubs River in the Alsace region of France is captured nicely by the video.

I’m on the Tour de Bois at the moment. It’s actually the postponed 2021 tour, which wasn’t able to be held due to Covid. I haven’t trained on the bike for even a single kilometre, so the first few days have been a bit tough. However, I should be in some sort of form in the next day or so.

Today was a bit like the reverse of yesterday. The morning was run on busy roads, and the afternoon on a quiet trail by a river. At least the busy roads had some semblance of a shoulder, so I wasn’t too stressed.

I passed through the town of St Vit by late morning, and had made it to the much larger town of Besancon by early afternoon. Besancon has been visited several times by the Tour de France, but it may be a while before that happens again. The town is undergoing one of the most major road reconstruction programs I’ve ever seen, with a new light rail or tram system being built into its streets. There was construction happening literally everywhere throughout the town, which was causing some mayhem. It will be interesting to see what it looks like in a few years.

Soon after I left the outskirts of Besancon, I reached the bike trail I mentioned. The rest of the afternoon was spent on this quiet but well-paved track, sharing it with the occasional walker or cyclist – a much more pleasant way to finish the day than was the case yesterday. For this reason, I was inaccessible by car, so Carmel wasn’t able to reach me to take photos.

We have struggled a bit in recent days finding accommodation. Carmel was quite stressed today when, upon turning up at the nearest hotel (12 km away), was told it was booked out and the nearest available accommodation was 45 km away. We eventually found something about 18 km away, but it is a tough job for her when things like this happen.

More rain today, but it was relatively light. At around 10C, the temps haven’t been too bad either.

The whole day was essentially alongside the Doubs River. I believe this is pronounced ‘doobs’, as in the shortened version of ‘fadoobadahs’, the saggy bit of skin and fat that hangs from the back of the upper arm if you hold your arms outstretched with palms facing up. That’s if you have fadoobadahs. Anyhow, it’s a very nice river, with high cliffs along much of the banks, which are heavily forested. I even saw a deer swim across the river this morning.

The first 16 km of the run was on very quiet roads or bike trails, although the remainder of the day was on much busier roads. The final 6 km was really busy, with no shoulder, and I did not like finishing the day that way at all.

We were not sure where we’d find accommodation, and expected to have to drive into the small city of Montbeliard. However, at virtually the exact spot I’d nominated to finish at, Carmel found a gite (B&B). She was very pleased, after yesterday’s difficulties. It’s a great place, with a very nice proprietor, Jipi. Our room backs on to the river, with a balcony and all. What a stroke of luck!!!

This region used to be part of Germany, until Napoleon re-annexed it in 1793. It was also the centre of the German Renaissance in the 16th and 17th centuries. The landscape is very German looking, and the architecture is looking more German all the time. I should actually reach Germany the day after tomorrow.

I chalked up my 9th country of the run today, but that was late in the day. Let’s back up a bit.

We had a very pleasant stay at Aux Berges du Doubs, the gite of Jipi (short for Jean Pierre). Both he and his permanent guest, Bertrand, provided great conversation last night over dinner, a calamari dish cooked by Jipi.

I started running this morning under unsettled skies, but there was no rain. The early part of the day was very flat, alongside the river. Later it got a little hillier, but nothing too extreme.

I did have one issue when I lost Google Maps for a period of time. I knew there was a path somewhere to my right, so, after heading through someone’s property, then trudging through a field that resulted in my shoes being thickly caked in mud, then making my way through brambles, and finally down a steep embankment through thorns and vines, I eventually reached a brilliant cycle path. Luckily, this led me straight to the town where Carmel was waiting for me.

After several more towns, I headed from France into Switzerland for a few kilometres. The border meanders its way around the countryside here, and the road I was on passed into, then out of Switzerland in the blink of an eye. It was strange, to be heading east in Switzerland, and coming upon the French border.

Carmel had more trouble with the accommodation, when her Garmin GPS tried to lead her up a narrow muddy path, where she surely would have gotten bogged. Luckily there was a sign that directed her to the correct road to the hotel. 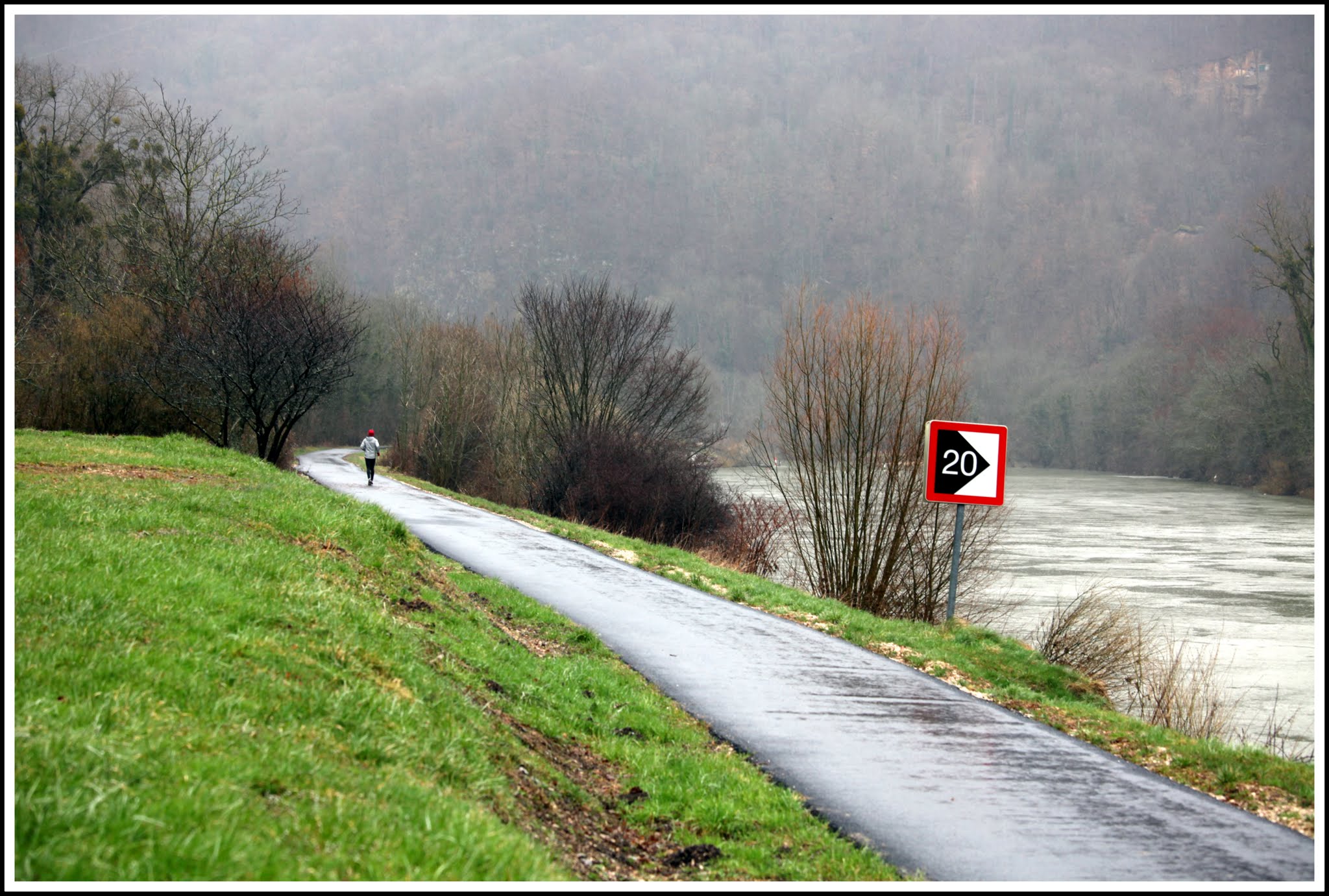 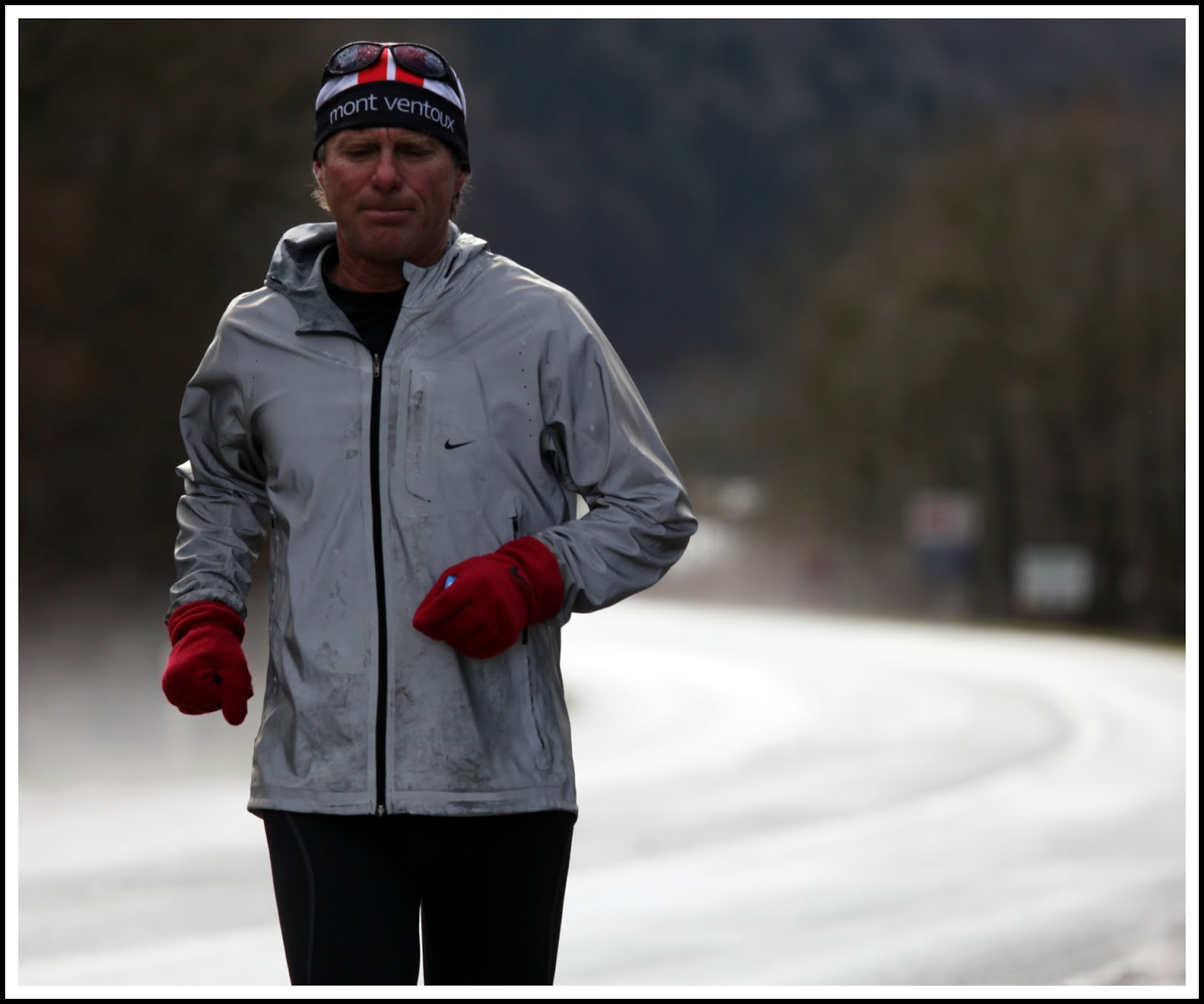 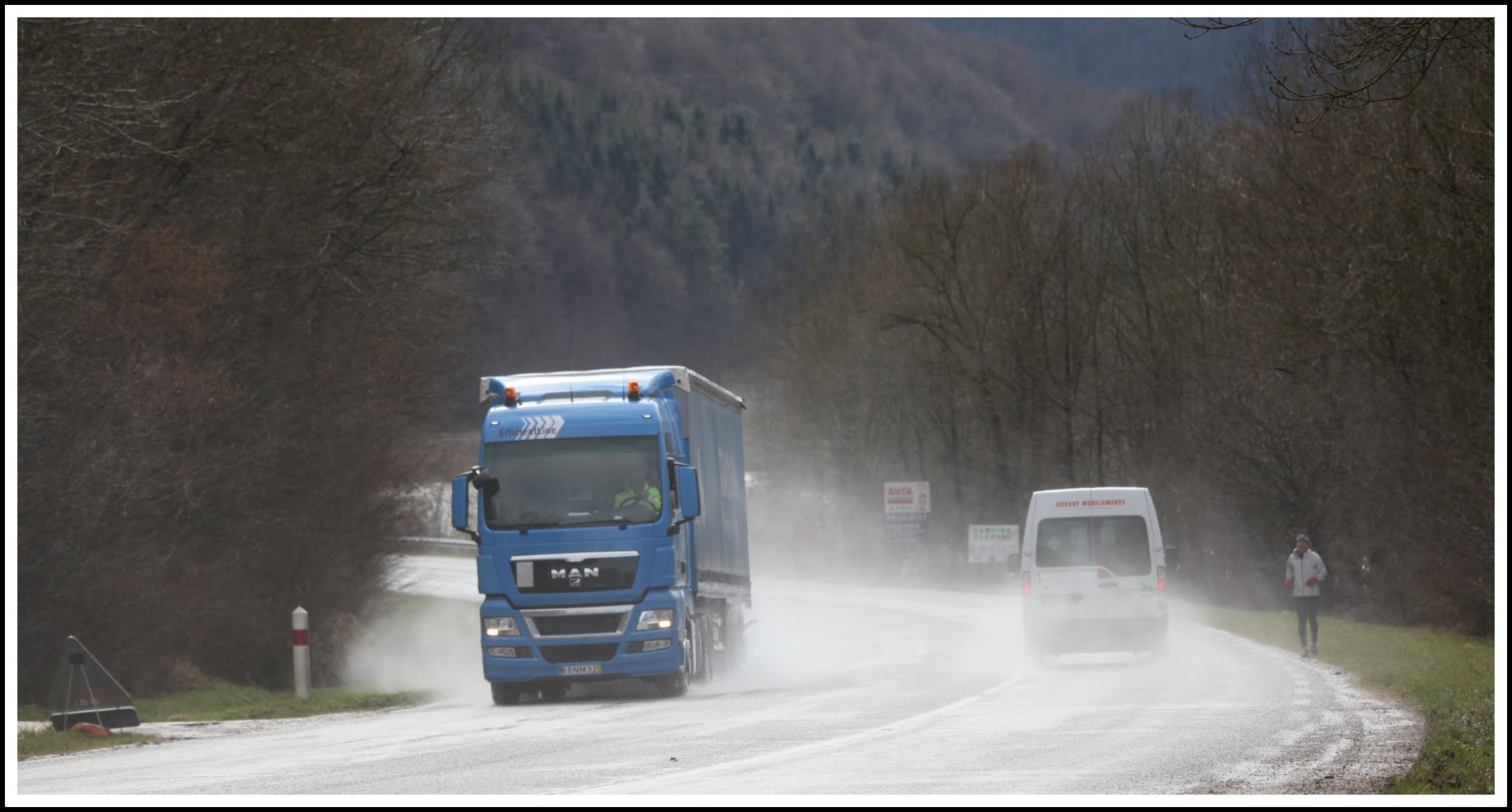 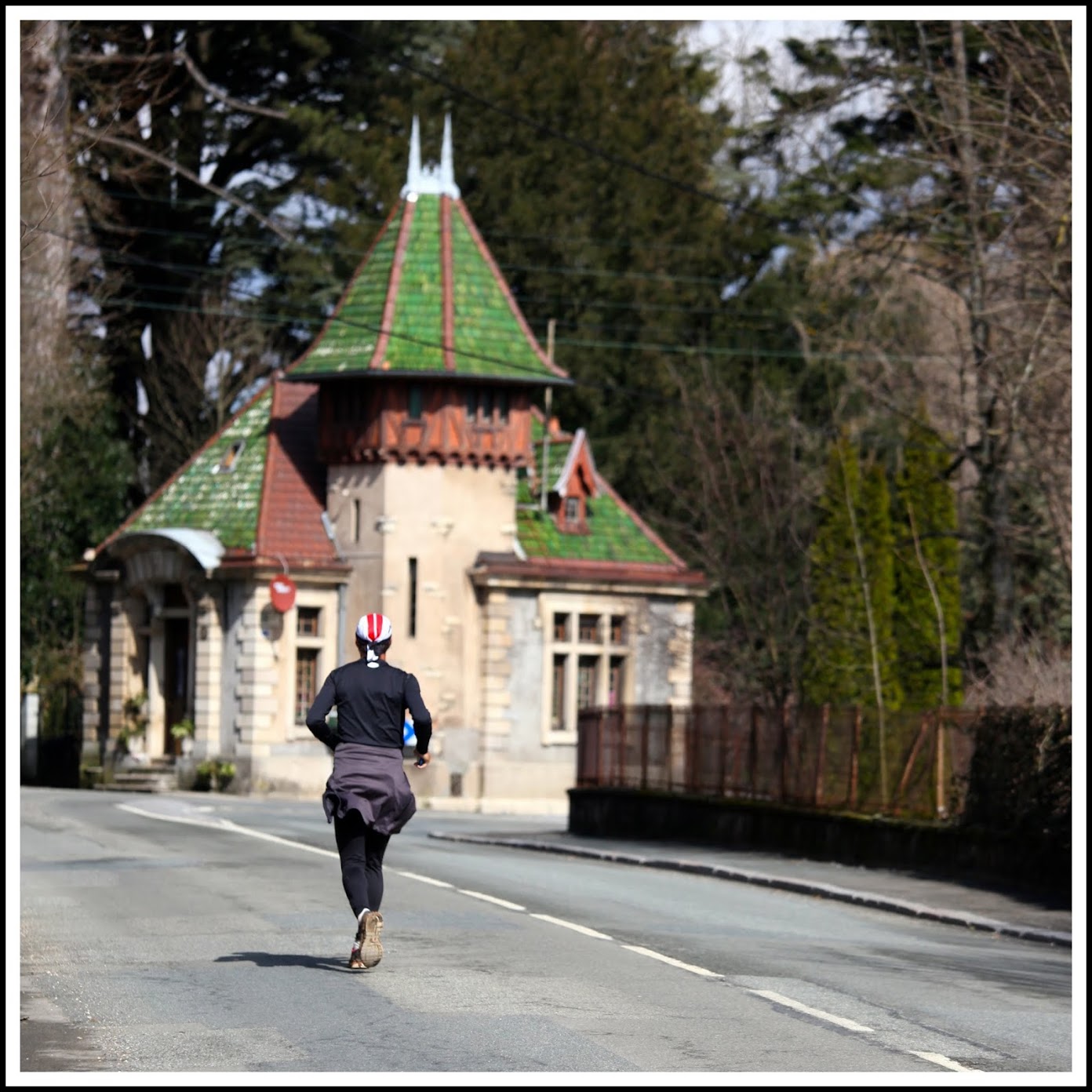