I’m in the NSW country town of Orange for the next few days for the annual Tour de Bois Mini Tour. Each year we ride the main tour over a week or so in October/November, and the mini tour over a two or three day period in February/March.

Orange is an old favourite of the Tour de Bois, having been a stopover on about eight previous occasions. The region is hilly but very picturesque, and it’s now a good wine region too. It also affords me a change of scenery for my running. I’ve always thoroughly enjoyed running in this region.

This photo was taken as I approached the Arizona town of Williams almost exactly six years ago to the day. Williams is a couple of days (of running) south of the Grand Canyon. By the time I reached the canyon, however, most of the snow had melted.  By the way, this highway is now part of Route 66. 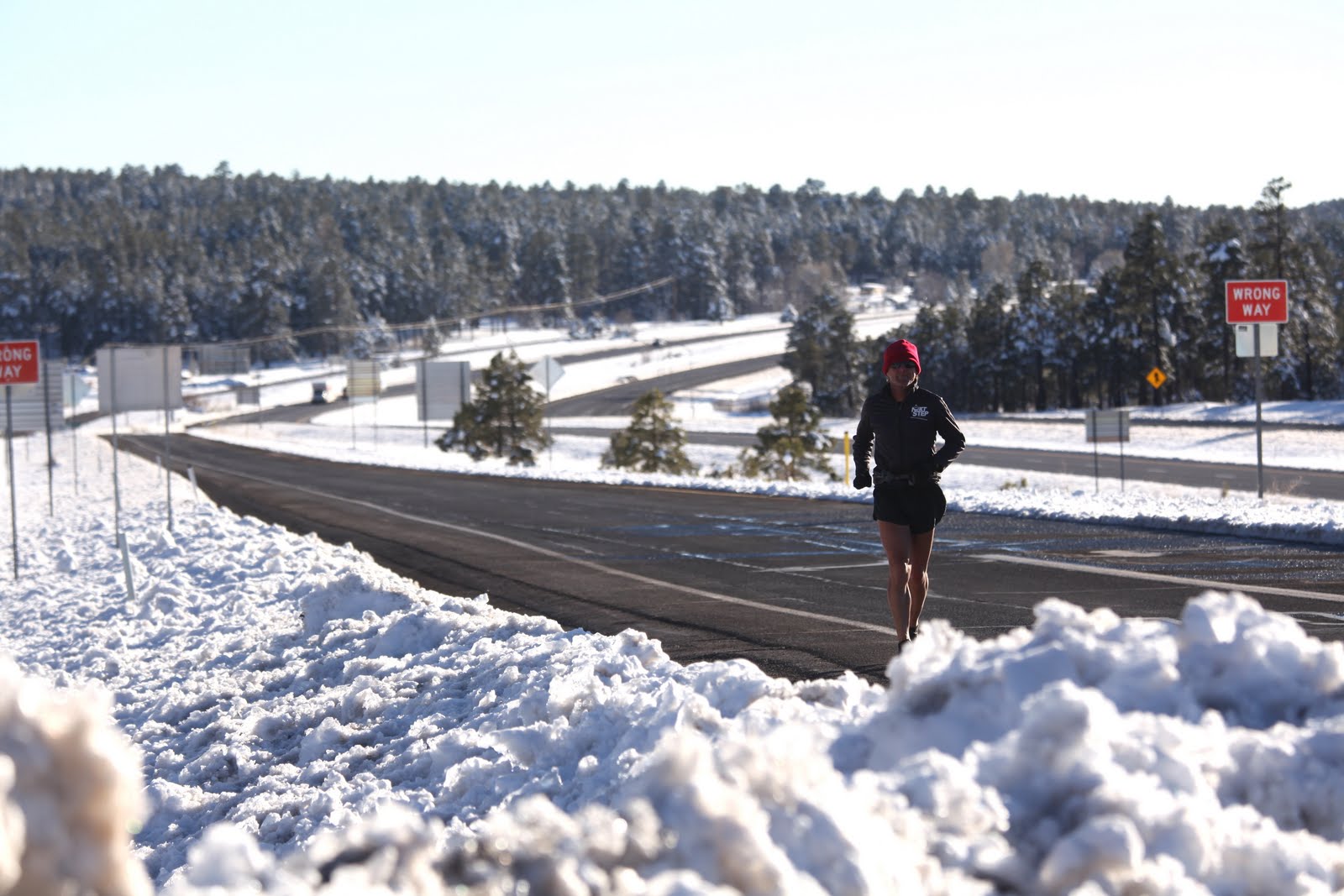