I started my run this morning with a solid 10 km, but then wanted to throw in a few faster kilometres. Not exactly a time trial, but more than just a jog. So I decided to do a lap of Centennial Park. I thought 18 minutes would be reasonable, especially as my legs were tired and heavy from a very hard hilly day of riding on Saturday on the Tour de Bois.

As it turned out I ran the lap in 17:24 (4:35/km). I felt pretty comfortable, although I could tell I was lacking in speed work, based on how my lungs felt. But overall, it was good to stretch out more than I’ve been able to of late.

For a change, here’s a photo that’s not about running. This is the Hud (left) and Big Pete on Saturday during the Tour de Bois Mini Tour. This was taken north of Orange, near the old gold mining town of Ophir. We had to ride about 8 km on dirt roads, some of which were quite steep. 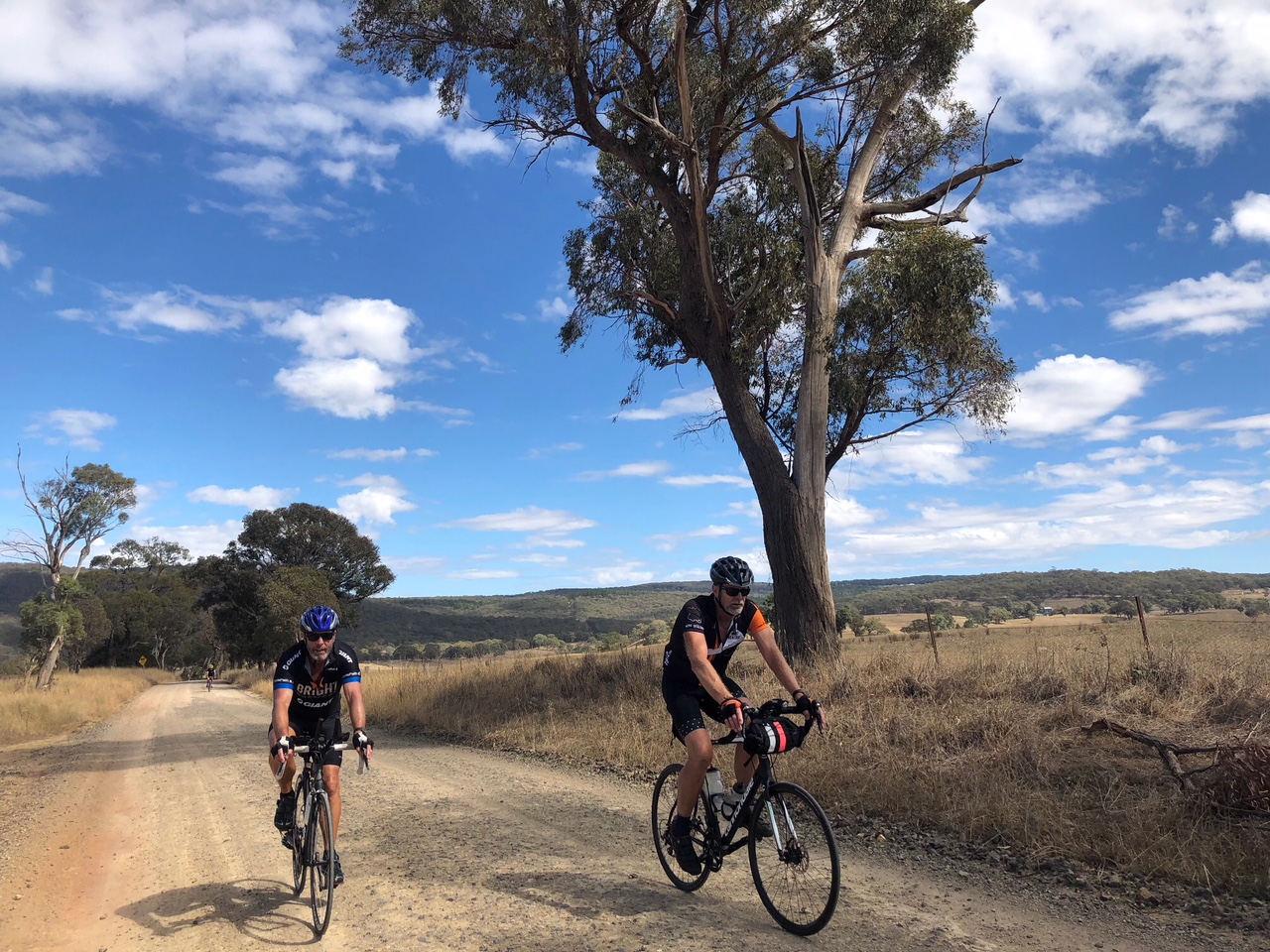