Yesterday I did a 30 km at reasonable pace. I averaged about 5:30 per km, but finished with a 4:58. These aren’t fast times at all, but pretty good for me these days, especially for a long run in the heat.

Something I like to do regularly is a long run without drinking. I’m not sure if it increases very much my ability to perform under-hydrated, but it certainly creates a mental confidence that I can run for long periods without a drink. However, it was tough doing so yesterday in the heat. I was quite thirsty by the end of the 30 km. My record during the world run was 44 km with drinking or eating, although this was in winter. I did, however, run 40 km without a drink in the NZ summer.

Here’s a photo with a difference. This was taken in a bar in the town of Ligonier, Pennsylvania, during my run around the world. Carmel and I had dinner here and stayed for a while when we saw an acoustic act setting up. Carmel secretly told the performers that I played at similar venues, and the next thing I know they were calling me up to do a few songs. So I obliged. One of the official performers joined me with some harmonies for this song. I think we were doing The Boxer. 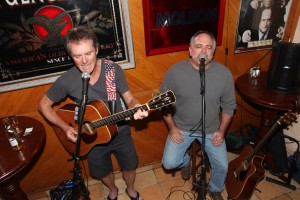 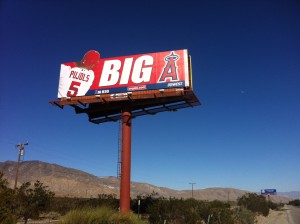