It was on this day in 2012 that I recommenced my run around the world from Cheyenne in Wyoming. We had to travel back to Australia (or some other continent, but Australia was the logical one) for a few days to re-qualify for a US visa waiver. It was then back to the exact spot I’d finished running a few days earlier. Below is a video from that first day back on the road, along with a couple of  photos.

There’s also a video from the Turkish town of Babaeski at the same time in 2013, which is worth a watch if you’d like to get a glimpse into a typical Turkish town as the people go about their business. There are a few photos from that time too, a couple of which include Barry. He totalled 100 km with me over the period he and Debbie were travelling with us from Sofia to Istanbul. 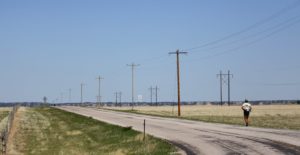 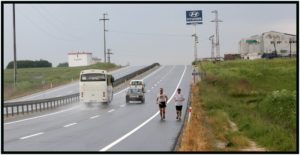 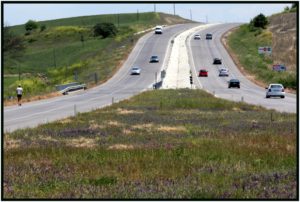 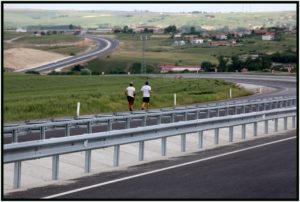