Two videos from Serbia today, each providing some flavour of a different city from street level (Belgrade and Jagadina). Interestingly, at the end of the second video I accidentally ran into Carmel, who was parked in the street and on the phone to Jenny in Australia at the time. Regularly readers will recall that Jenny had travelled with us from San Francisco to Phoenix on the world run more than a year earlier.

For those who have been following Lootie on her world run, she has recommenced running from Perth. She’s three days east of Perth now, on her way to Sydney, and will be basically covering much of the same route I did nine years ago. It’s of particular interest to me, as I’ll get to see lots of Lootie’s photos and videos that will bring back good memories from my time on the same road. You can follow Lootie on https://lootie-run.com/blog.

Yet another hot one, with the maximum in the shade reaching 36C (97F). That’s what two independent thermometers read – for two days in a row now.

There was a bit more running on the road today, as the towns were more sparse. I did pass through the very large town of Jagodina, which stretched on for several kilometres.

The day was essentially flat, except for one large and long hill in the middle.

The Serbs continue to be extremely friendly. Carmel mentioned this to a girl recently, who replied that she thought Serbs had a bad name amongst the rest of the world. Perhaps for this reason, they all seem keener than ever to dispel this perception. As far as we’re concerned, it’s working – Serbs are right up there with the friendliest people we’ve ever met.

Another day where the high was 36C. It’s hard to believe that I experienced a full month where the temperature barely ever made it above freezing, and then, within two weeks, we’re having a sustained heatwave here in the Balkans.

The day was fairly uneventful, with relatively quiet roads the order. The road I was running on paralleled the freeway for most of the day.

We didn’t realise that May 1 is a public holiday here in Serbia. Most shops are shut, including restaurants, which has made it difficult to find dinner tonight. The receptionist at the hotel made a call, and we have something lined up, but must get there soon, before it closes.

Two months ago, I started to develop a bit of a heel spur. This is completely different to the problem I had in January, which was easily cured with some heel inserts. This spur is on the other foot – the right one – and was just a bit of an annoyance, sometimes bothering me toward the end of the day. Over the past few days, however, it has gotten worse. Today it hurt throughout. It’s not the sort of injury that will prevent me from running, but I will have to look into ways of managing it better. I want to enjoy each day, which is very difficult to do when there is background pain.

It was cooler today – it only reached 34C. 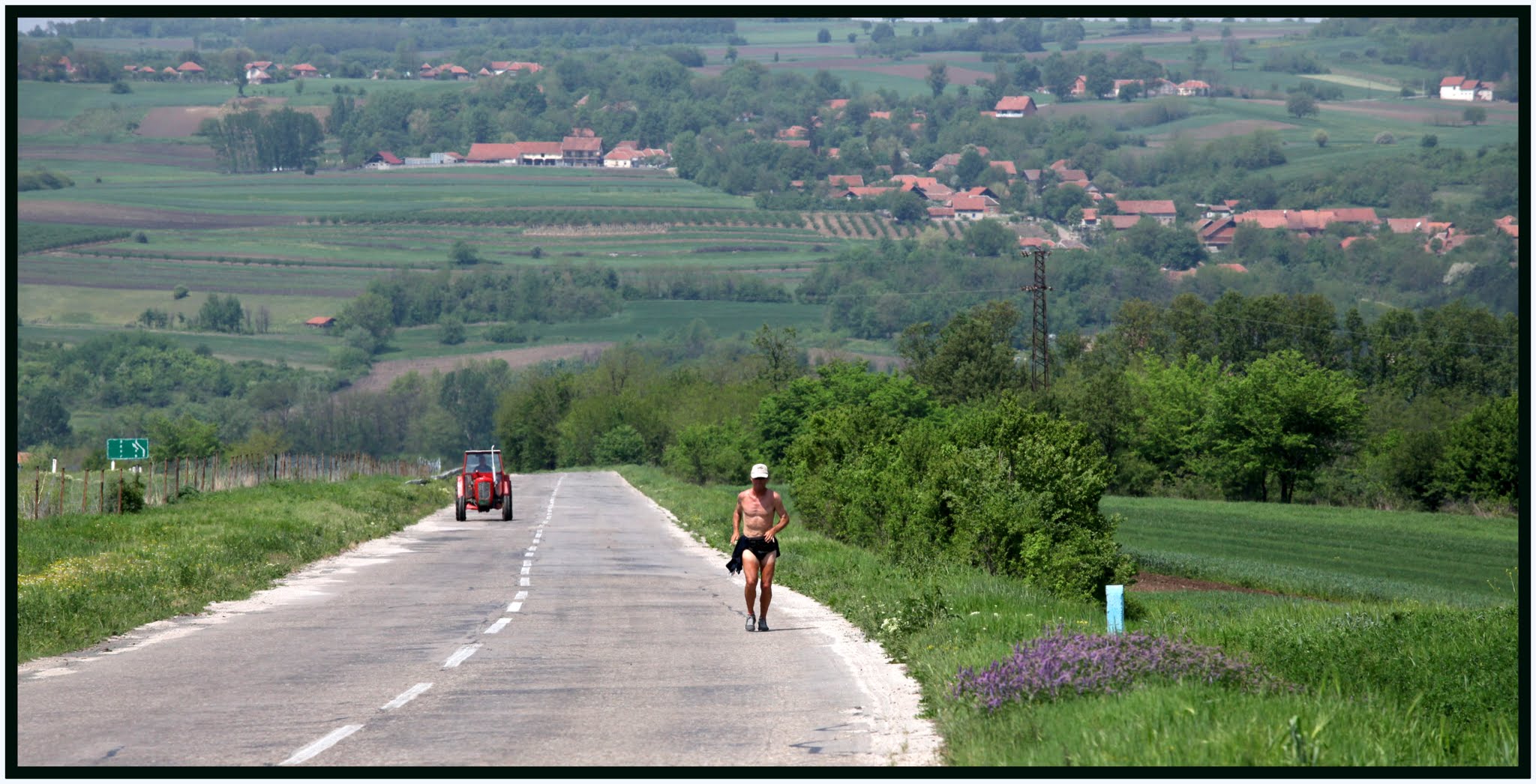 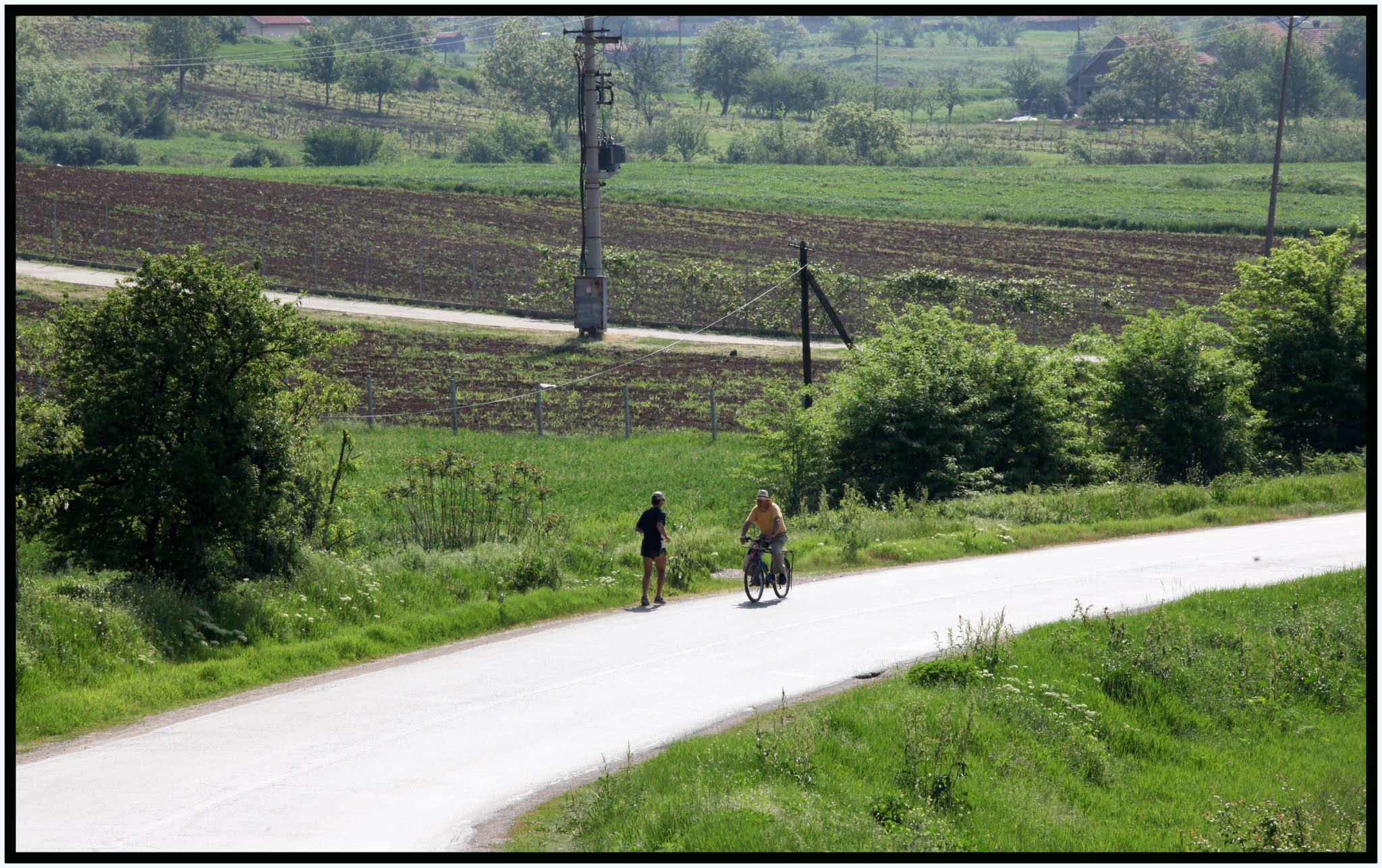 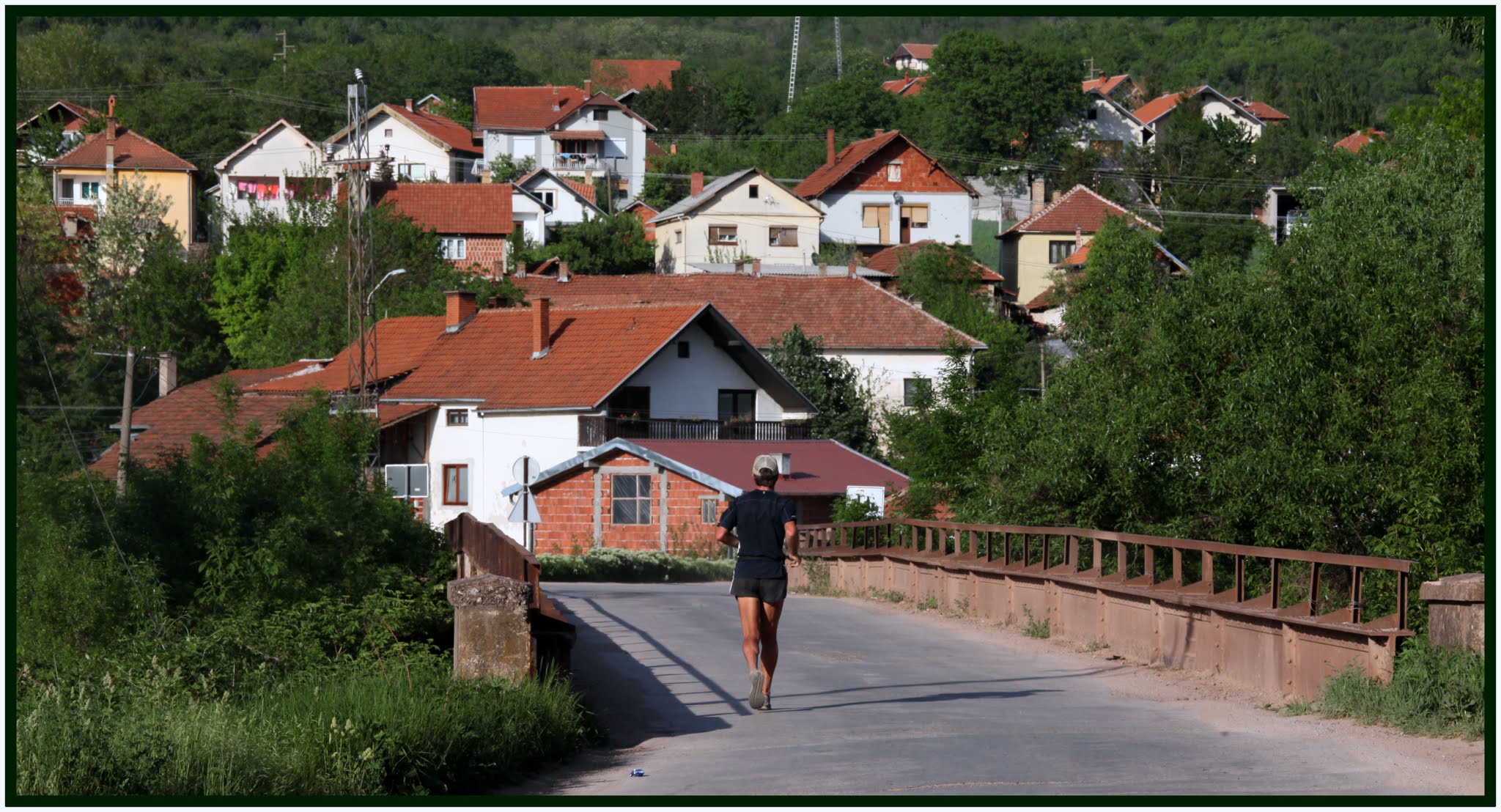 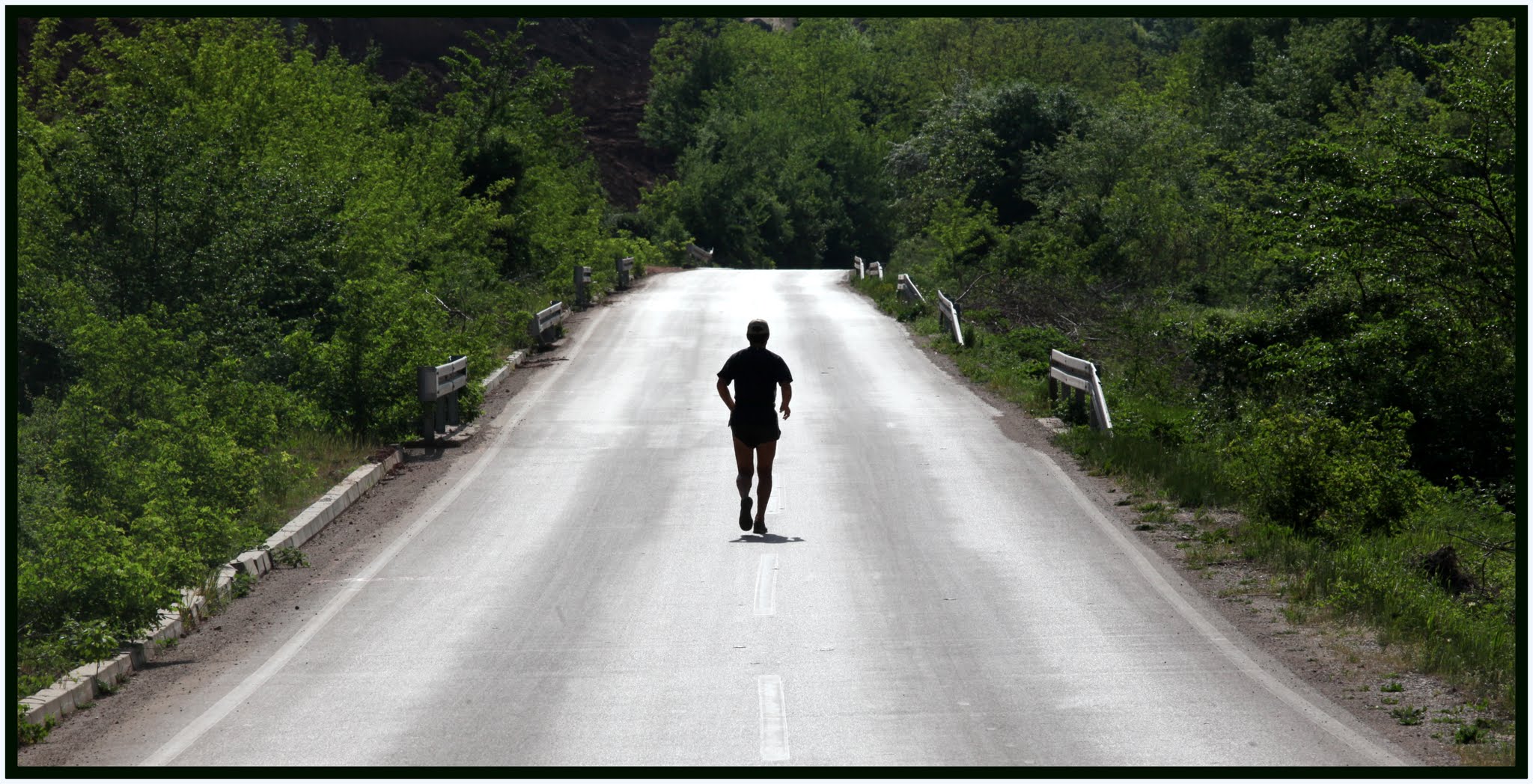