Today’s video is a bit macabre, but a reality of running around the world. You’re never far from some road kill. If you’d rather skip that, jump ahead to the blog posts.

I did a quick sprint this morning as part of my run – 400 metres in 74 secs. I’m slowly getting faster.

Sometimes we just make the wrong choice. That’s what happened to me today with my selection of clothing. I knew that a cold front had come through overnight, but I thought I’d be OK in a T-shirt. Nah!

The temperature was low, probably around 12C, but it was the wind chill that got me. I was running into a gale-force headwind, and after two hours I was chilled to the bone. I had to get the girls to come by early and stop by the side of the road so that I could hop in the car and warm up. I sat there for nearly half an hour, gradually warming up, but the hardest part of the day was rustling up the motivation to get back out on the road.

Thankfully, however, the afternoon saw the wind start to drop and the temps increase. In the end I had a pretty good day, and felt quite strong. And I passed the milestone (no pun intended) of 4,000 miles as well.

So, that was my day, but what about last night? Well, we were staying at the First Interstate Inn in Alliance, and when the girls booked in, we were all invited to dinner by the manager, Arlene. We had a superb meal, cooked by Justin and Arlene, and we were joined by Colleen, Dale, and Susan. The wine flowed freely – almost as freely as the country hospitality. We could not be more appreciative of the kindness we experienced. And it was topped off this morning by a display of tap dancing by 82 year old Colleen. What a woman!!!

I also learned that the snake I encountered a couple of days ago was a rattler. If I’d been bitten, I definitely would have been rushed to hospital for treatment with anti-venom, and probably would have been laid up for several days.

FYI, the tracker is showing me in Chadron, but my official position is about 34 km south of there. Tomorrow I’ll run through Chadron, but the tracker will, undoubtedly, continue to show the same location until Monday.

Nebraska – cold and windy one day, beautiful the next! Yep, today was a perfect day for running – no wind, sunny skies, and moderate temperatures.

I began with 21 km before stopping at the Chadron State Park, where the girls had set up a small picnic by a pond. That was a very nice interlude in a beautiful setting.

I then ran into the town of Chadron, where I had a quick lunch at our motel. However, I forgot that when my watch comes into close proximity with my computer, it downloads the data. That’s why I have two Garmin links today – one for pre-lunch, and one for post-lunch.

The afternoon saw me cover another 16 km, which leaves me only about 10 km from the South Dakota state border. I’ll cross the state line tomorrow morning.

I’d like to thank the Economy 9 Motel in Chadron for providing a discount and an extra room for last night and tonight. The Nebraska generosity appears to be boundless. Hopefully South Dakota will be the same.

I reached a major milestone today – I am now more than one-quarter the way around the world. And I’m now in South Dakota, the eighth US state I’ve run in so far. I’m looking forward to seeing some of the state’s more well-known sites in the next few days, including Mount Rushmore and the Crazy Horse Memorial. I’m sure we’ll have plenty of upcoming photos so that you, the reader, can experience these sites too.

The day was, once again, very hot, and tomorrow is supposed to be hotter. The girls came by in the early afternoon with some lunch, and another car pulled up behind them. They had met Billie and Pat from North Carolina back at the state border, and had told them about the world run. We had a good chat for about half an hour before they headed on.

Soon after I ran through a very small town call Oerlichs, which happens to be the home of the 2006 World Bronco Riding Champion. The things you learn on a world run!!! 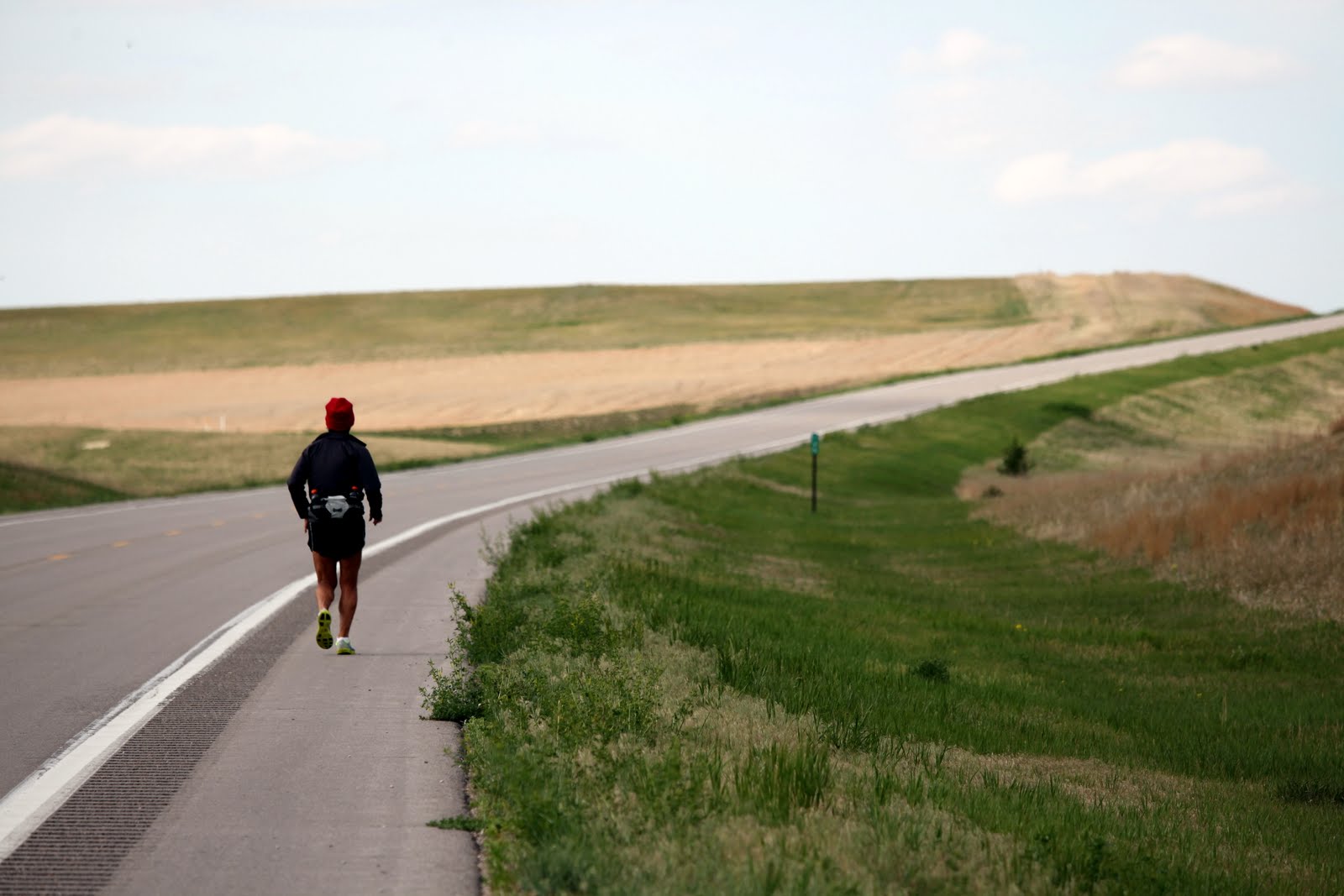 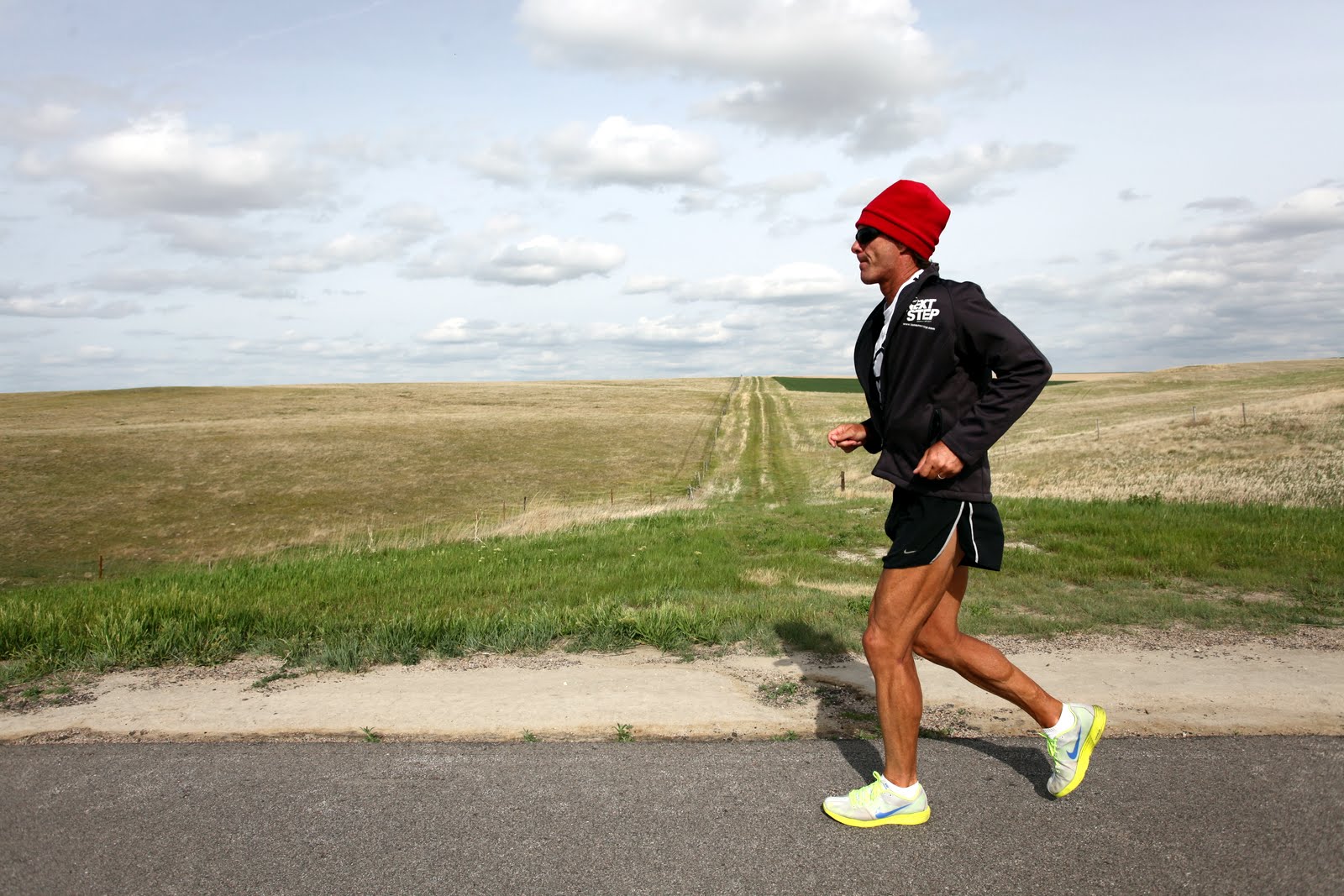 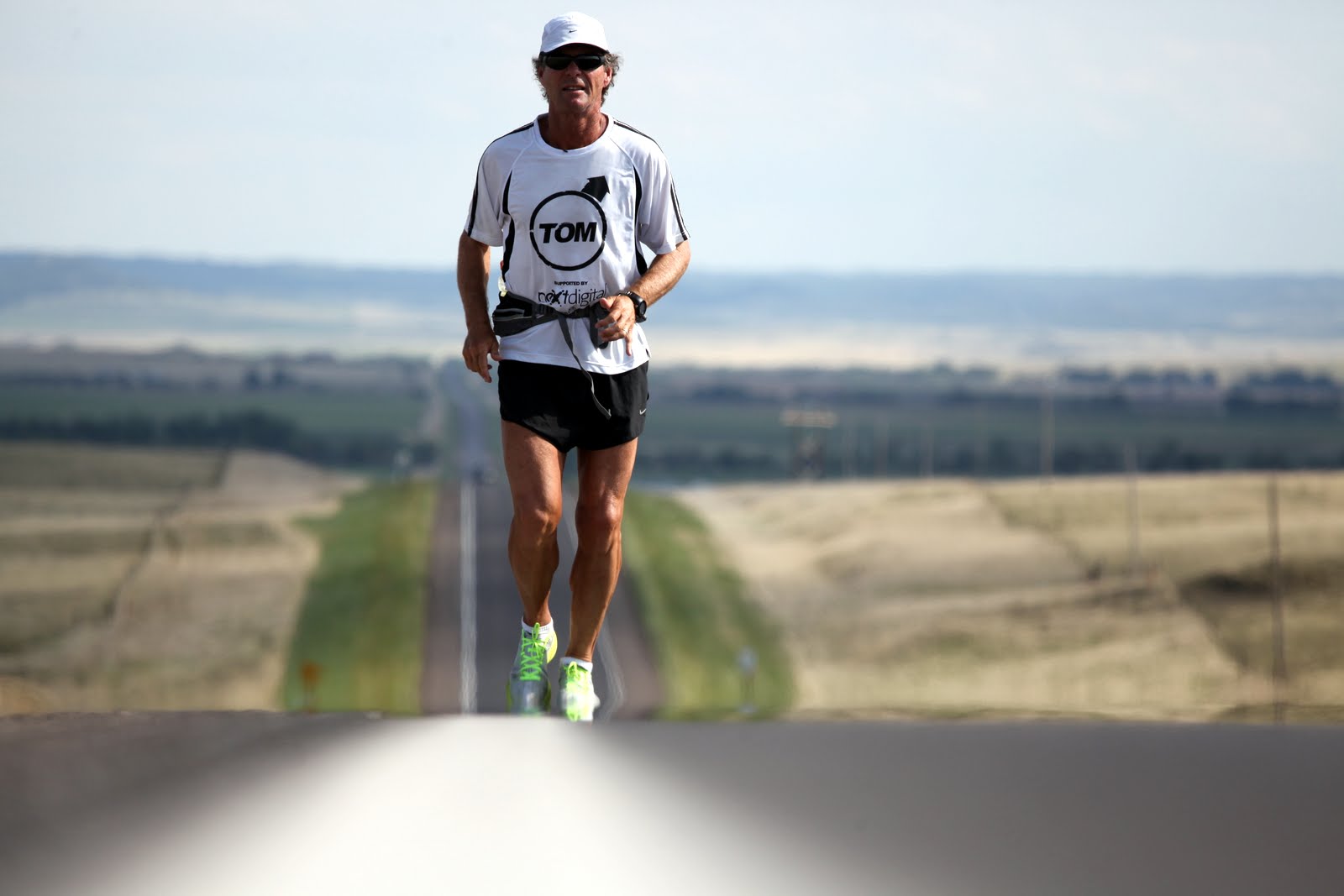