I’m finally at the stage now where I can’t particularly feel any niggles when I run – the first time in many months. The pelvic issue has gone completely, my Achilles is good, and the calf and quad strains are pretty much non-existent too. I shouldn’t speak too soon, as I know how easy it is to suffer a relapse. So, I think I’ll take it relatively easy for another week, by which time I should be back to normal. I’m looking forward to that.

I’ve been averaging over 100 km per week so far this year. This week I’ll probably finish with 115-120 km. I realise that, had I toned it down a bit and taken it easier, some of these niggles may not have arisen. But that’s my style. The regular high volume served me well when it came to running around the world.

Below I’ve posted a close up of the same photo from the last post. The reason is to highlight a strange and somewhat humorous effect on the rock face of Mt Rushmore. As you will see here, it looks like Washington is crying, and Jefferson looks to have a badly runny nose (from both nostrils – I wouldn’t want to be directly below him). And similar streaks on Lincoln give him a long hair appearance that makes him look like one of the local indigenous Sioux. 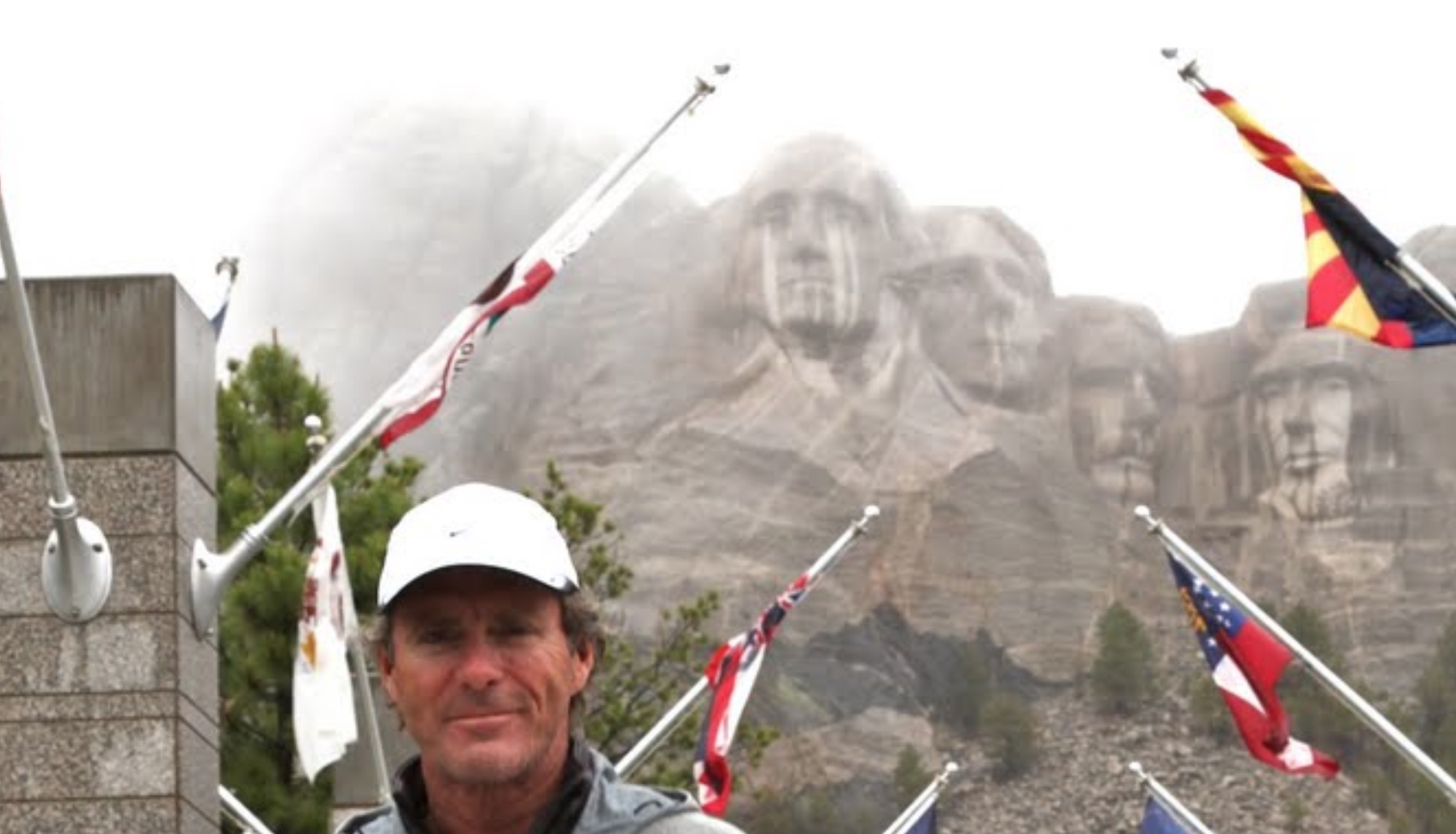