As a result of my MRI, I’m being referred to a foot and ankle specialist for evaluation.  Still not sure yet if it will require any surgery, and I’m not even sure how long it might take for me to get an appointment. But I’ve waited more than eight years so far, so another month or so won’t matter.

The world run memories are from Malaysia today. It took me essentially six days to make my way on foot from Kuala Lumpur to Singapore – a very interesting six days. You can read about it and see some of the images below.

I think I have failed to drink enough during the day. I’m working hard on rehydrating now. As I’ve mentioned in the past, the first day back after a week off, results in inexplicable soreness. My thighs, in particular, are very sore too. And that’s not all. The constant sweating soaked my shorts (and singlet), and this always ends up causing chafing – not from thigh on thigh, but from nylon on thigh. It is so bad that the chafing is weeping plasma.

So, I’m not in good shape. As anyone who has been to Singapore, Hong Kong, or other South-east Asian locations can attest, the humidity is intense. But try running 50 km in it.

Carmel was, again, a great support crew, but silly me declined the drinks she was offering me on many occasions. I won’t be tomorrow.

Another very difficult day in the humidity, although I fared better than yesterday – maybe I’m acclimatising.

I am resigned to each day in Malaysia being very tough for running, but I’ll get through it. Hopefully I’ll acclimatise a bit more. At least the chafing was fine today, as yesterday’s experience appears to have toughened up the skin.

I must be acclimatizing somewhat, as today was certainly better than the previous couple. It was still incredibly humid, but I seemed to cope better today.

I am also doing the little things better, like buying drinks from roadside vendors, which come with ice, and putting the ice under my cap when I’ve finished the drink. I have also run in longer shorts (actually board shorts) the past two days, as they help with the chafing.

It was also a day in which I passed the 500 marathon mark of the world run. That’s a big milestone in itself.

The run itself was quite flat, and close to the coast. The body of water is known as the Straits of Malacca, once a feared pirate region. Tonight we’re in Muar, another old sea trading post from the colonial era.

Once again, I’d like to thank Roger and Christine for running with me yesterday, and for their generosity during the evening. By the way, Chris is now the first woman to have run with me on two separate occasions – the first being Day 6, on January 5 last year.

Carmel is having a lot of trouble with Picasa, and it looks like there’ll be no photos again tonight. She is very frustrated.

Seriously, I’m glad I’ve now acclimatised to the conditions, as today was the most difficult so far in Malaysia. The sun shone fiercely all day long, there was no shade, the humidity was at nearly 100%, and the middle of the day was as still as a ….. mmmm, maybe I need Watto to complete the simile. Thankfully, later in the afternoon a breeze sprung up and there was a lot of shade. It got me through the final part of the day. 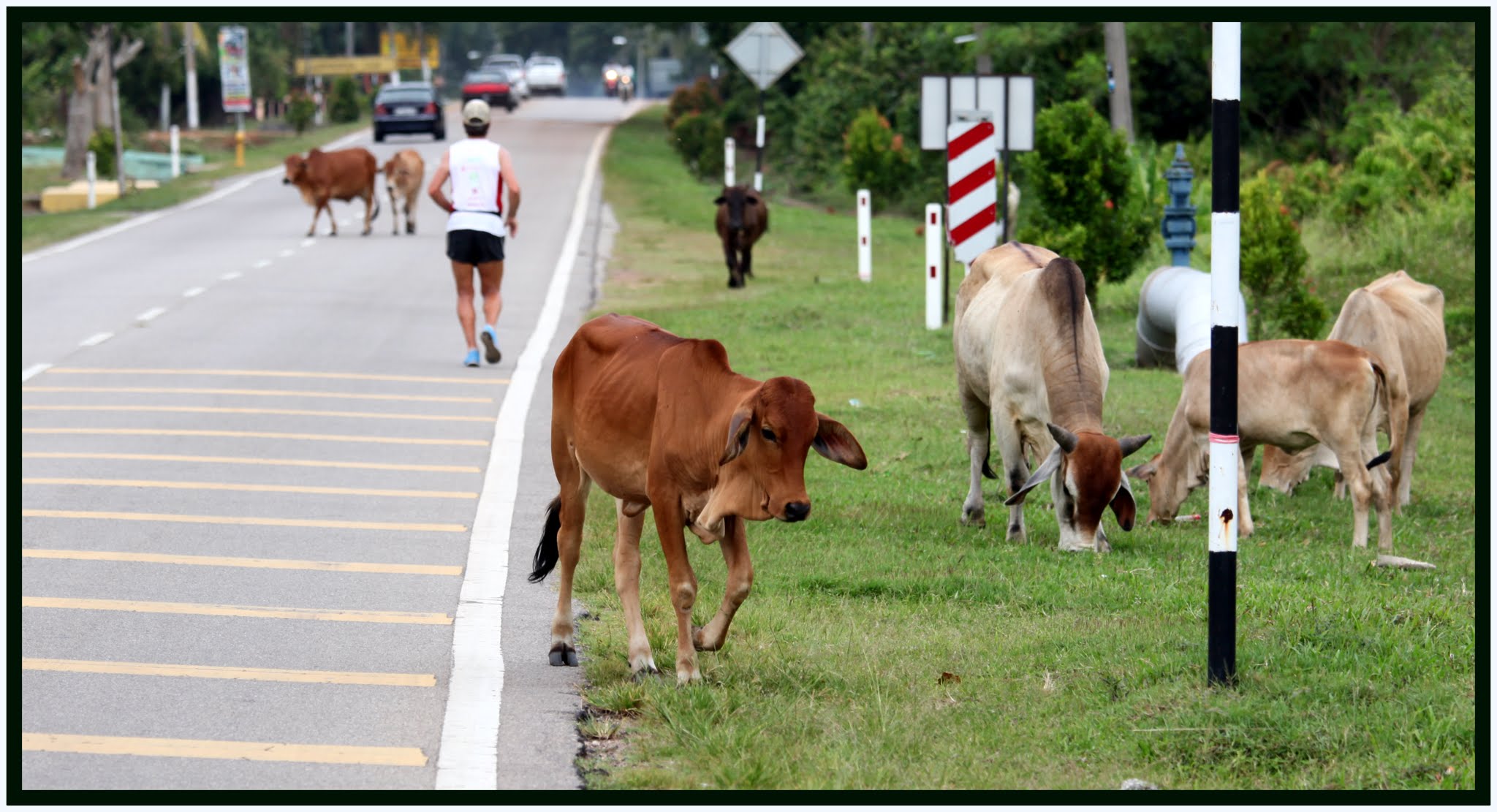 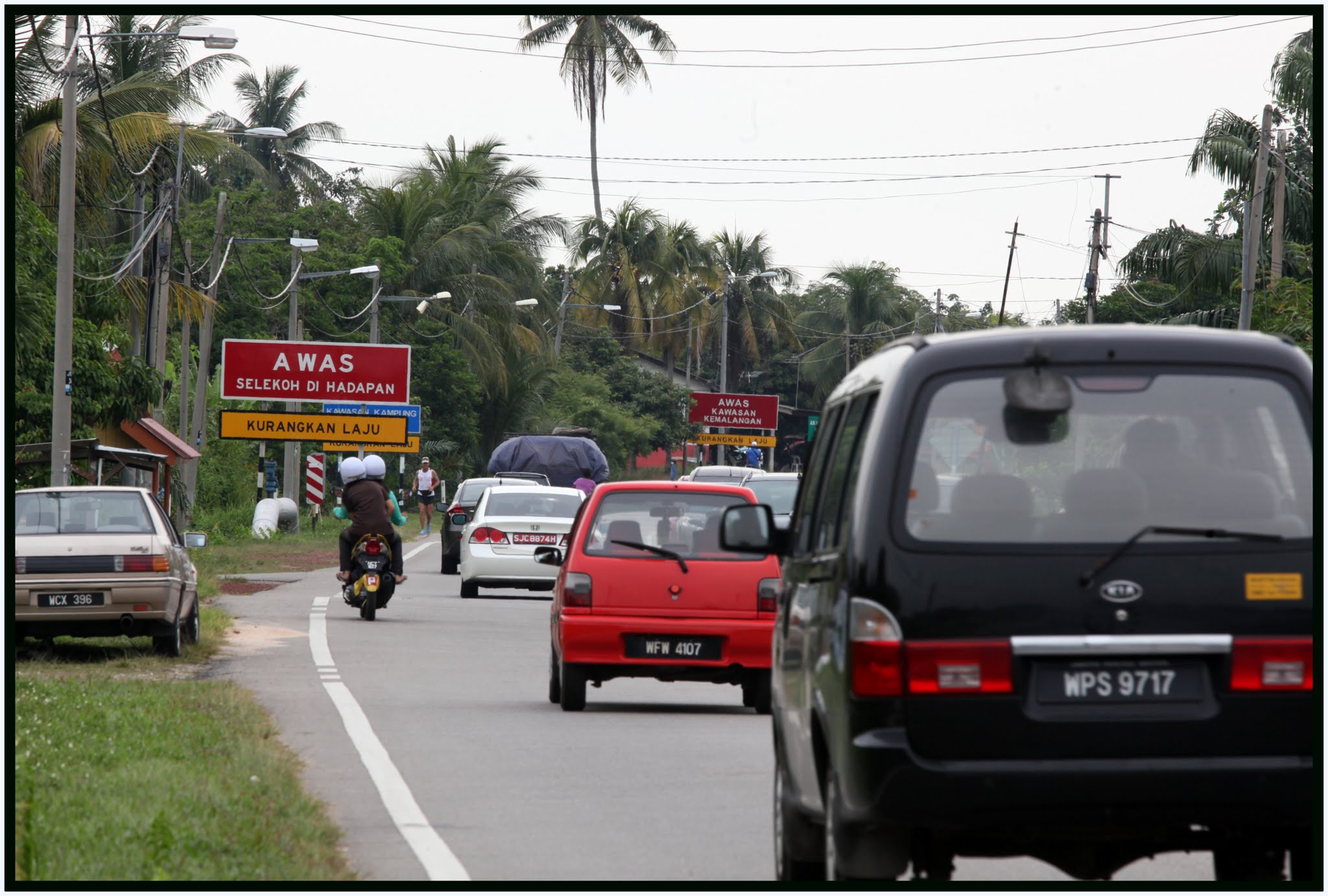 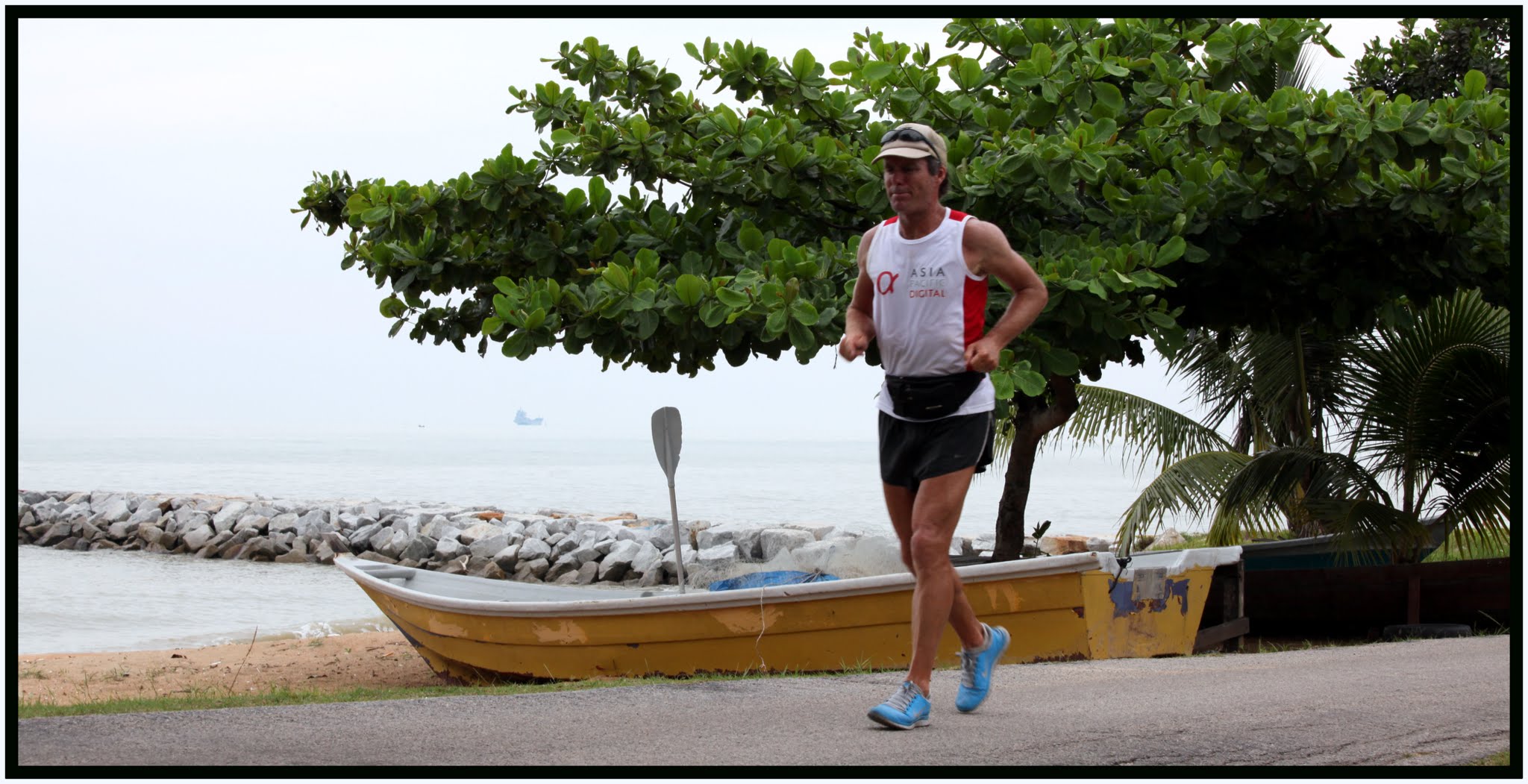 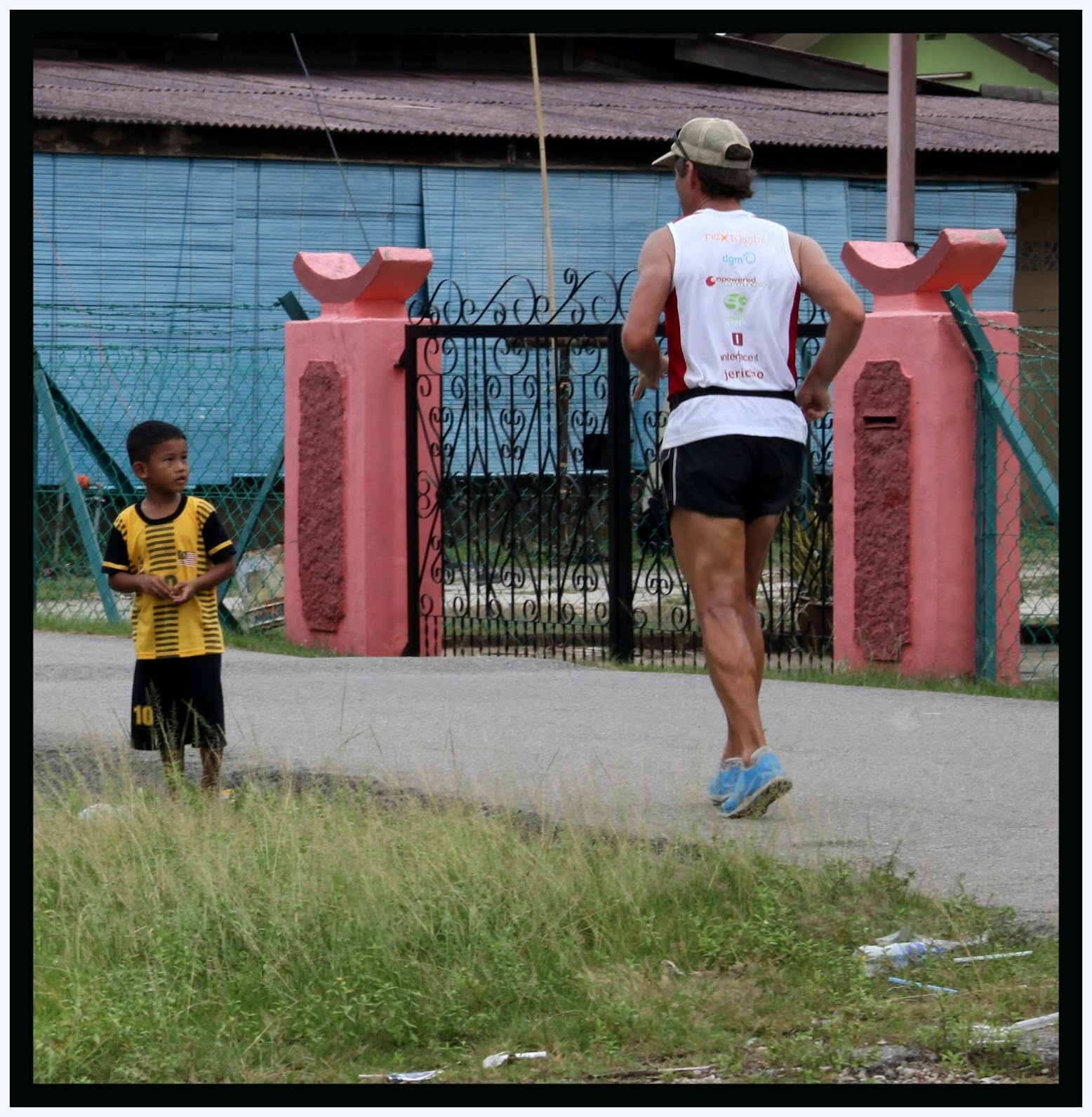 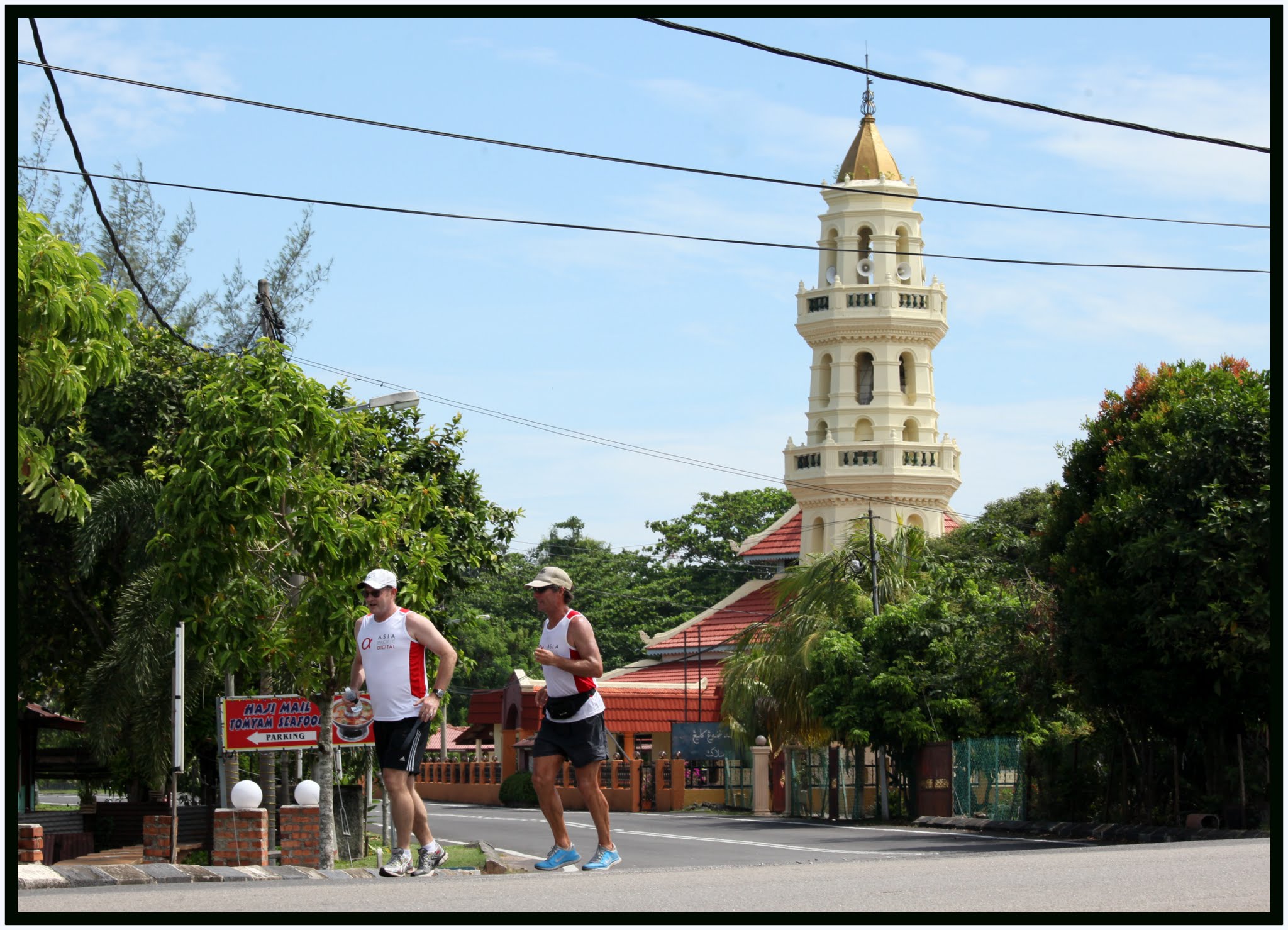 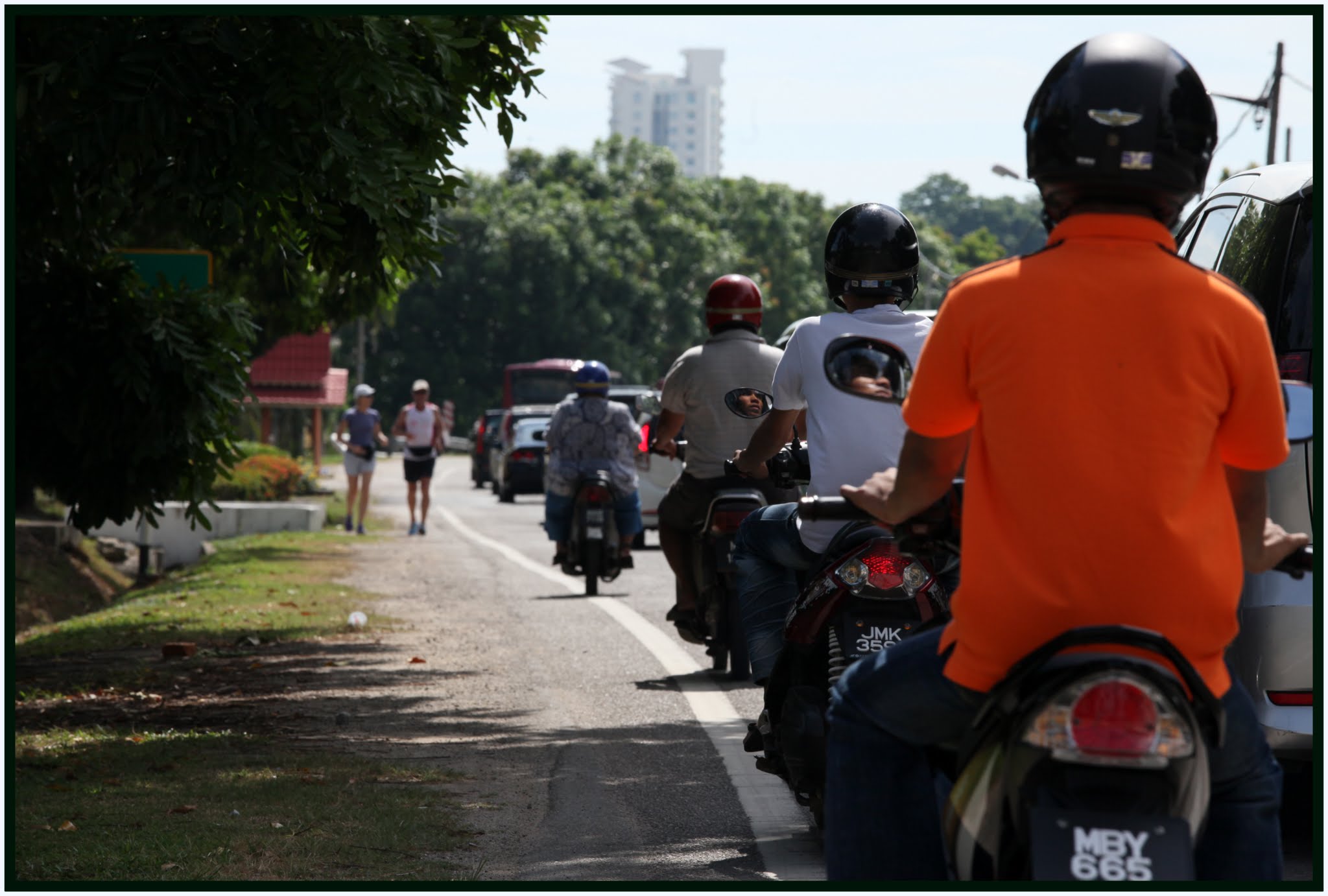 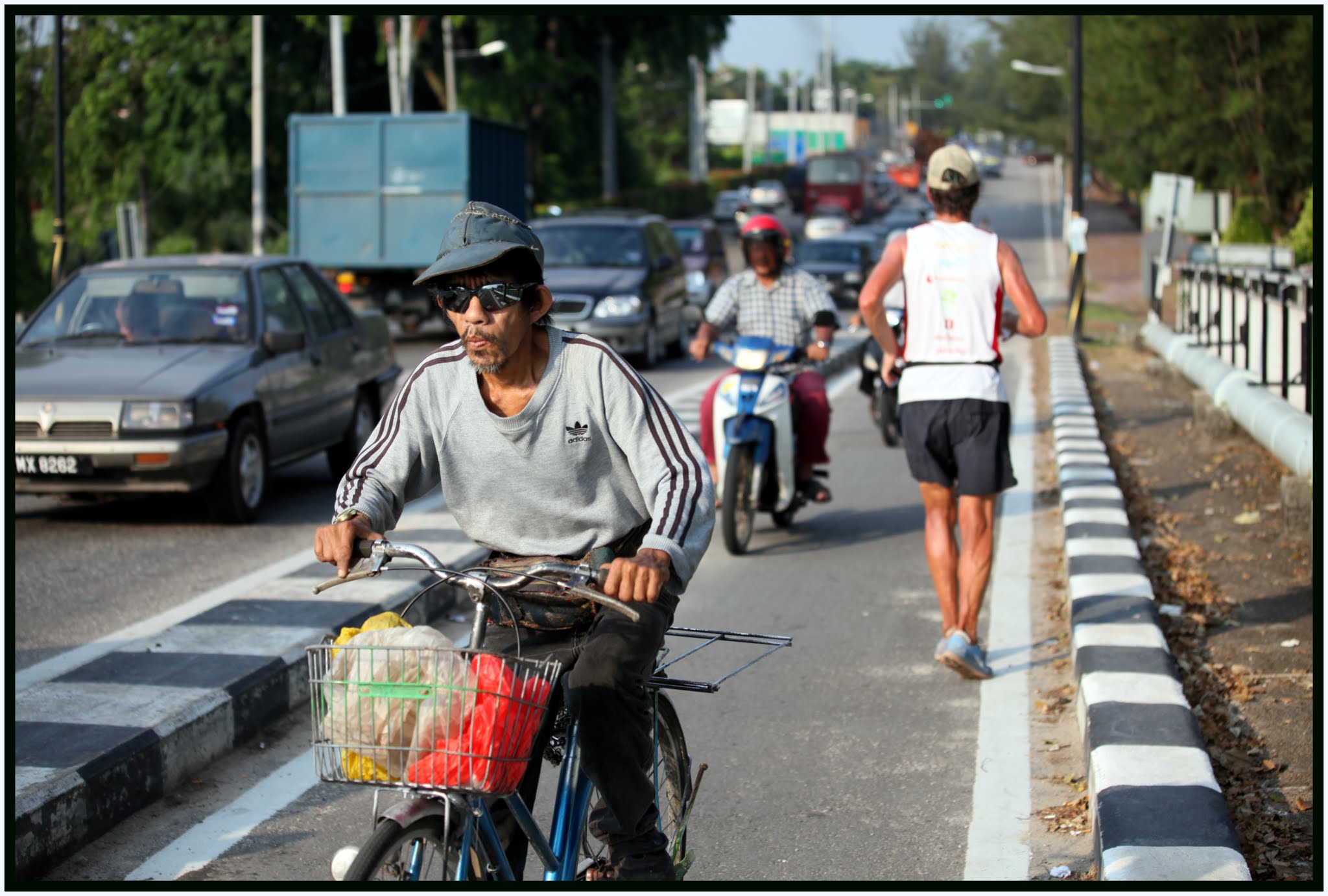 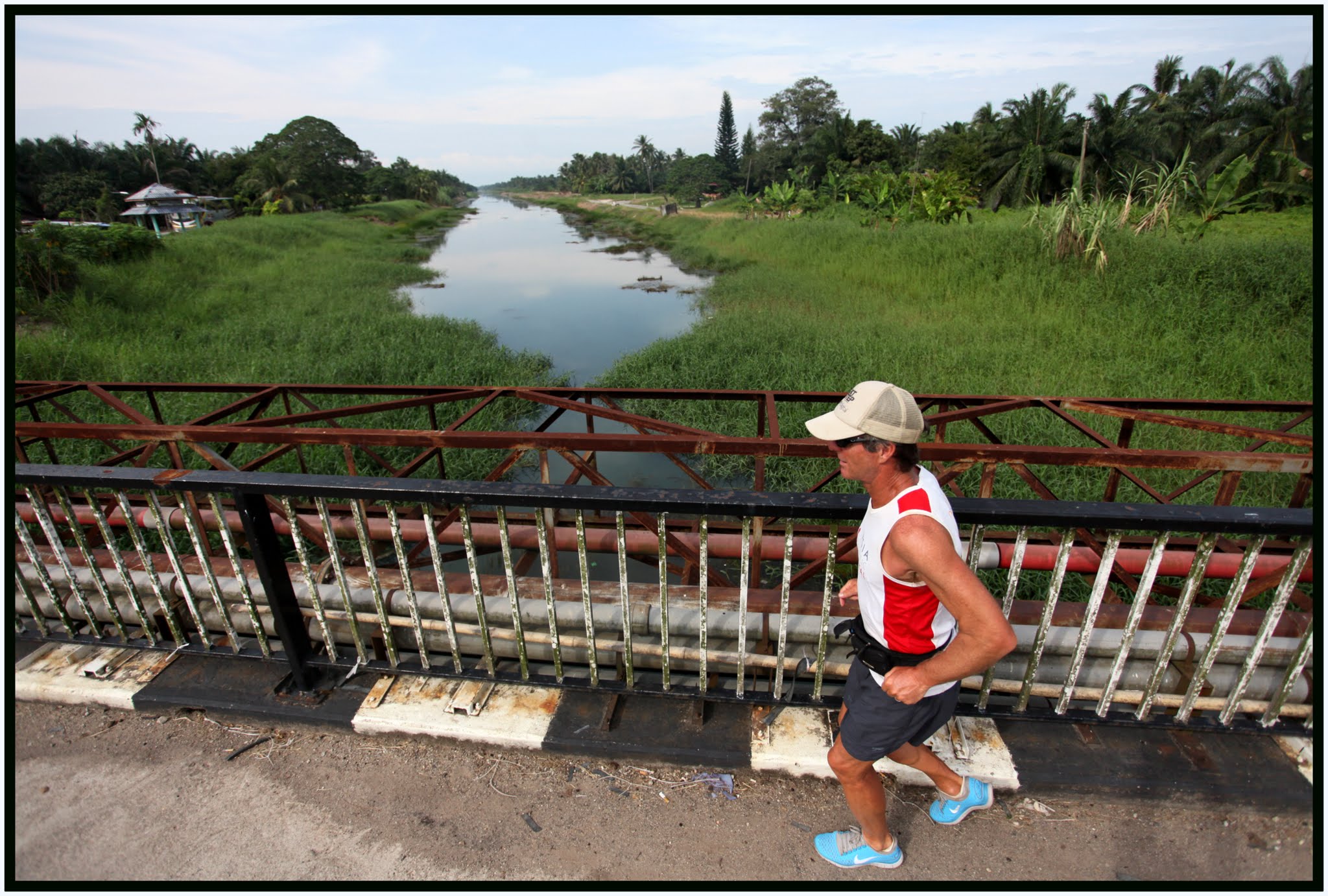