The video below is worth watching, illustrating the smallest room we stayed in during the entire world run. It was tiny.

By this time in 2013 I was running in Bulgaria, accompanied by our friends, Debbie and Barry. They travelled with us all the way from Sofia to Istanbul, with Barry running roughly 100 km in total with me. We had a lot of fun during that time.

I’ve made an appointment for next Monday to initially deal with my long term heel problem. I expect to simply get a referral from my GP to an orthopaedic surgeon. At least I’ve made a start.

There are freeways pretty much between every main region of Europe now, except for the stretch we’re in at the moment. However, this is being remedied, and we could see where the new section of freeway is being built. It’s a holiday here for Serbian Easter, and there was a guard watching over a big earth-mover that’s creating the new freeway. Carmel happened to take some photos of me with the machine in the background. For some reason, this was a no-no. The guard came racing up in his car and pulled in front of us, blocking our way. He made it clear there was to be no photos of the earth-moving equipment – I have no idea why? I thought he was going to try to confiscate the camera, but seemed happy with an apology.

Reached my 16th country today – Bulgaria. I had a pretty good time on the road, through great countryside, and even managed about 10 km on a freeway that is under construction – no cars.

It was a day of total uphill, the first time I’ve had that since the Andes, though obviously not to the same degree. I thought the high point would be at the border, but it just kept going up.

I finished in the town of Dragoman, a nickname for Drago Radovanovic, known in English as Charlie Cugaly (sorry, an ‘in joke’).

From there, we commuted to Sofia, where we met up with friends, Barry and Debbie. They will be travelling with us till the end of the European leg in Istanbul. Must go now, as we’re heading off to dinner.

Tomorrow I’ll head back to Dragoman to run into Sofia.

The temperature only reached 27C today, which made the running much easier. A cooling breeze helped even more.

The run out of Sofia, like any big city, was less than inspiring, but it didn’t take too long. Although I am probably not technically allowed, I ran for about 10 km on the freeway, as it provided me quite a sizeable short-cut. No-one stopped me or gave any impression I was doing anything wrong, so maybe it is allowed. 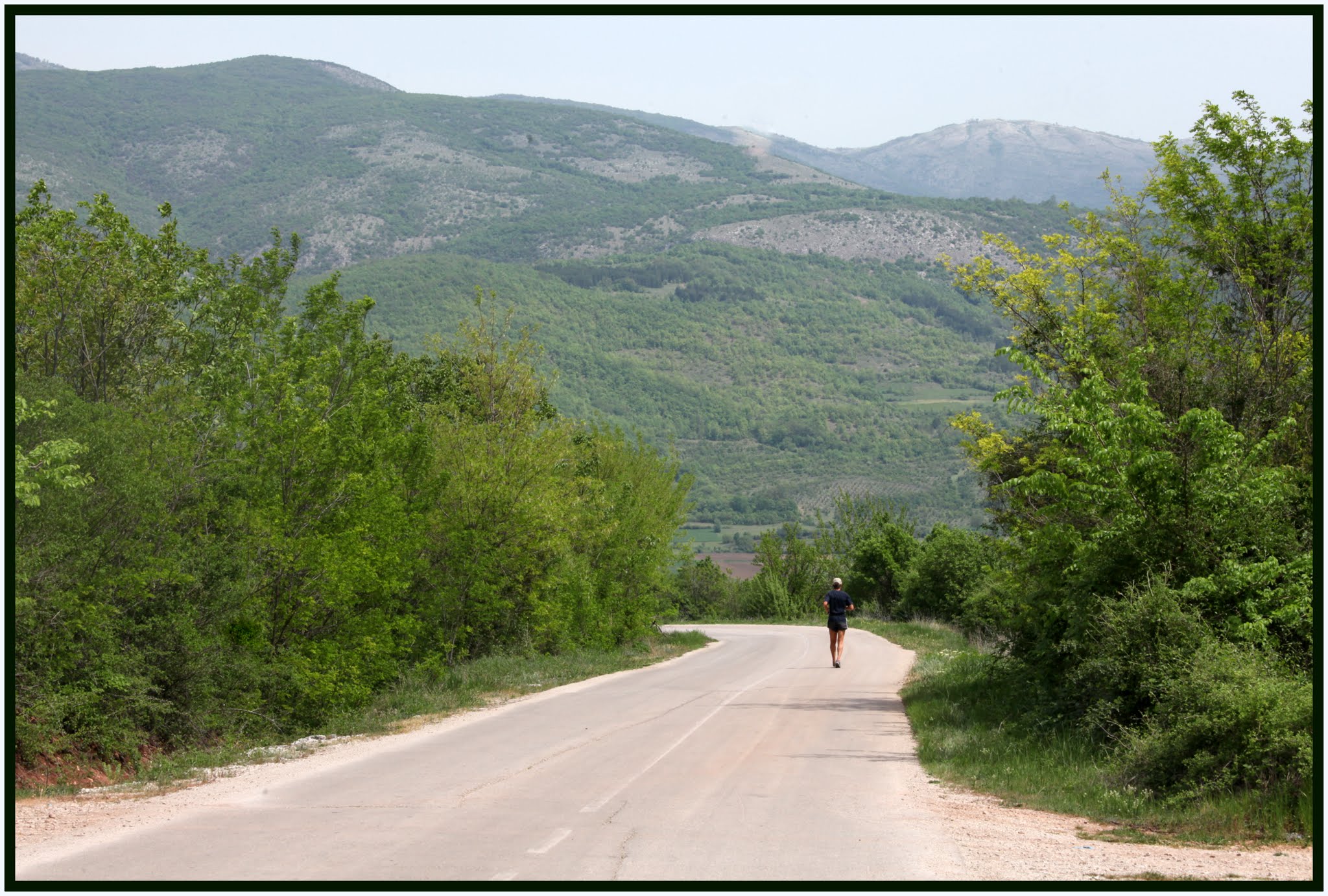 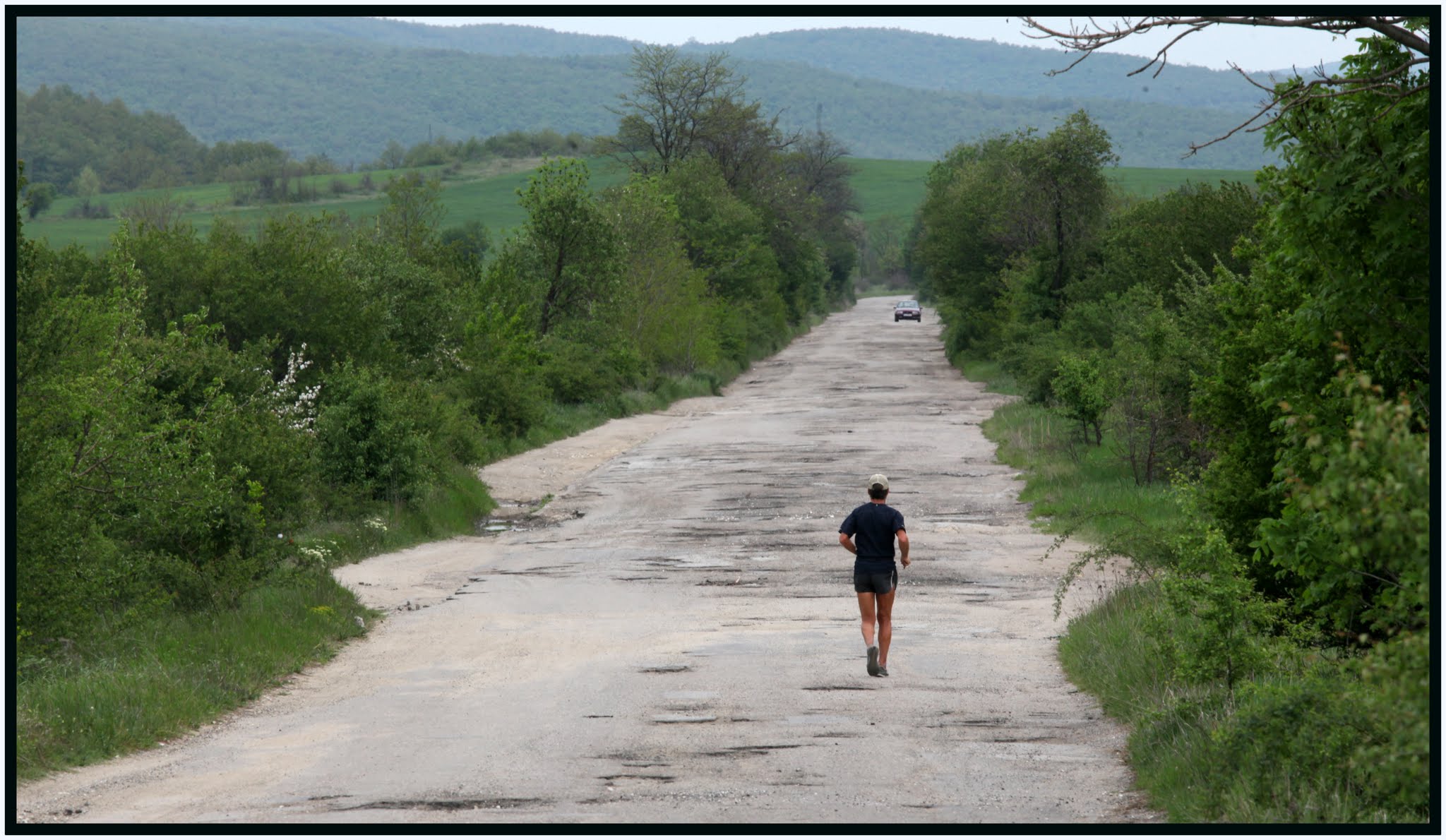 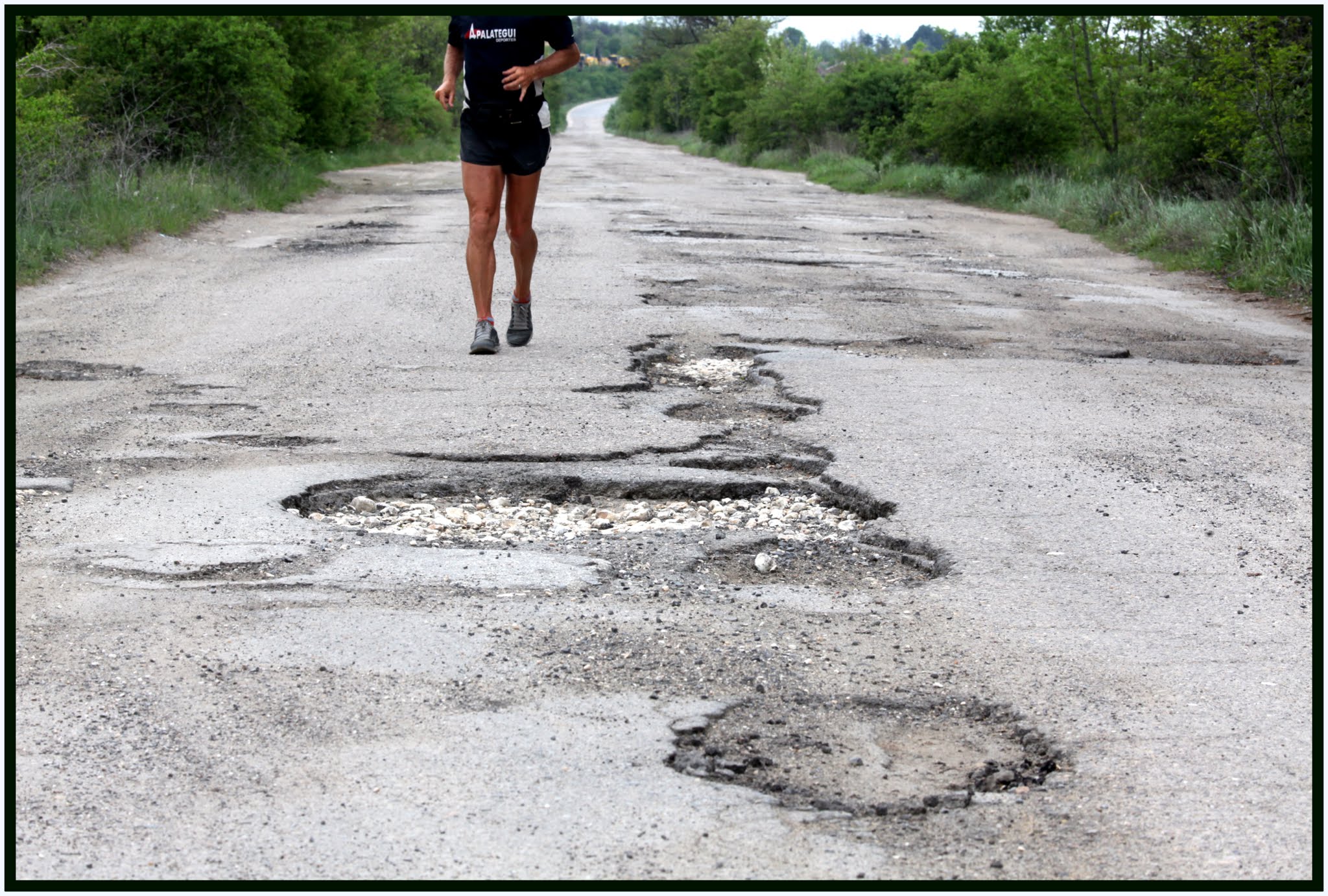