I picked up my referral for an MRI this morning. I now have to book the MRI in, after which I should have a much better idea of how my heel problem will be treated. Stay tuned.

The world run memories for today are from Bulgaria – a very interesting country to run across. It’s making constant progress at modernising itself, and I’d like to go back at some stage to see how things are now. As you will see from some of the photos, there was still a bit to do back in 2013.

A most interesting day – one that could have been mildly disastrous, but it worked out well in the end.

I headed off in perfect conditions, with more cloudless skies and mild temps. Just beyond the town of Ihtiman, I was continuously passed by a convoy of about thirty horse and carts carrying gypsy families. It was one of the more unusual processions I’ve seen on this run.

A little later, I once again decided to take a risk and use the freeway, instead of the much longer and hillier side road. I even ran through a 600 metre long tunnel on the freeway, with no problems.

Not long after that, I reached a road that Google Maps had instructed me to use. Carmel, Deb, and Barry were just behind in the car. Unfortunately, it was one of those almost non-existent roads – way too bad for the car to travel on. I had to call them and tell them to turn around and find a way to meet me at the other end. I’m glad I did, as the road got much worse, eventually disappearing altogether. I had to walk through long grass and scrub, using the blue dot on Google Maps to make sure I “kept on” the imaginary road. Luckily, it did meet a more substantive dirt road, which eventually became the road I was expecting.

The rest of the day was very picturesque, but without incident. The support crew met me with some lunch soon after. They’d had a very tough time getting the GPS to direct them to where I was heading. It kept wanting them to go up the dirt road again.

Later, Barry ran the last 10 km with me and, once again, the latter part of the day passed by quickly. 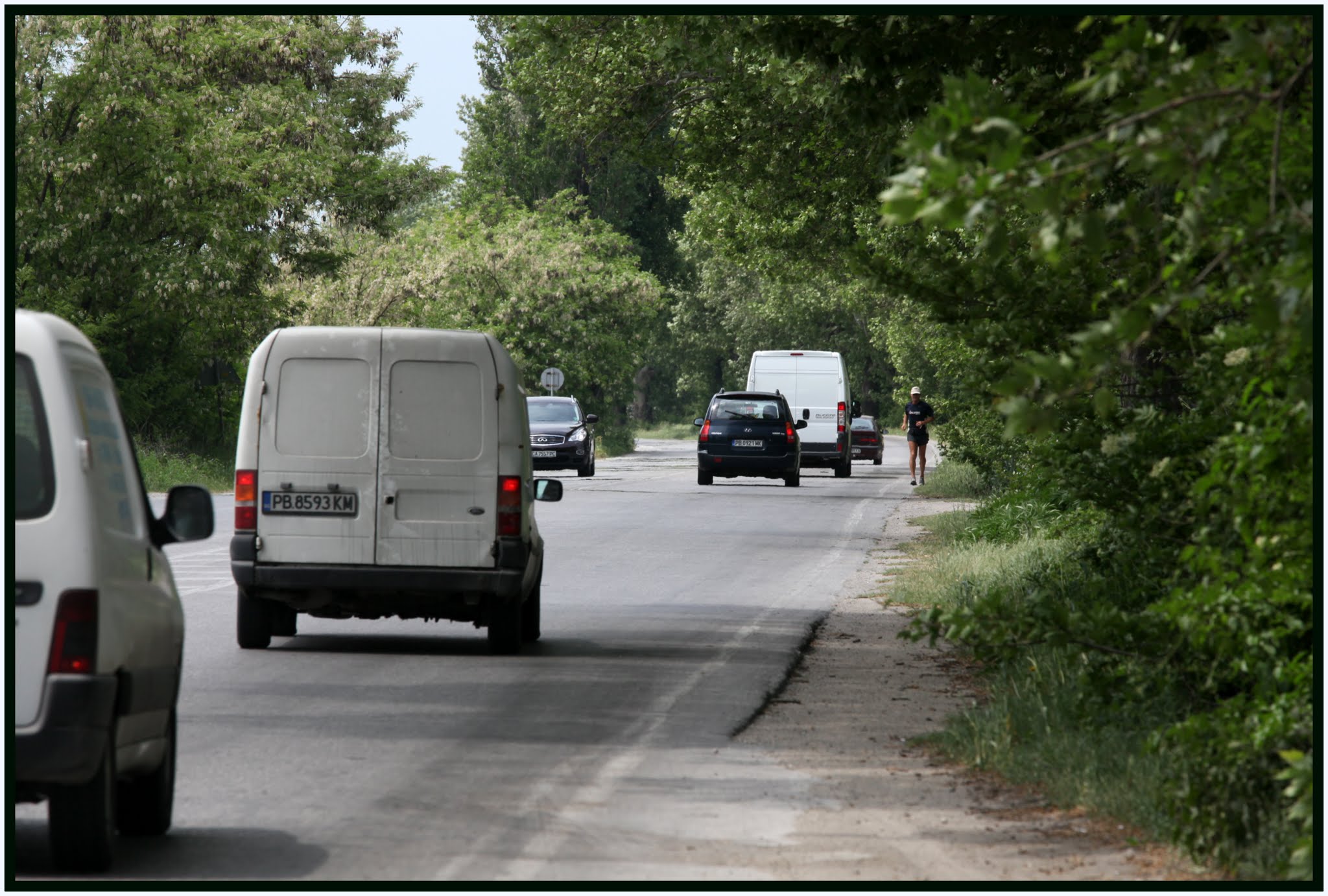 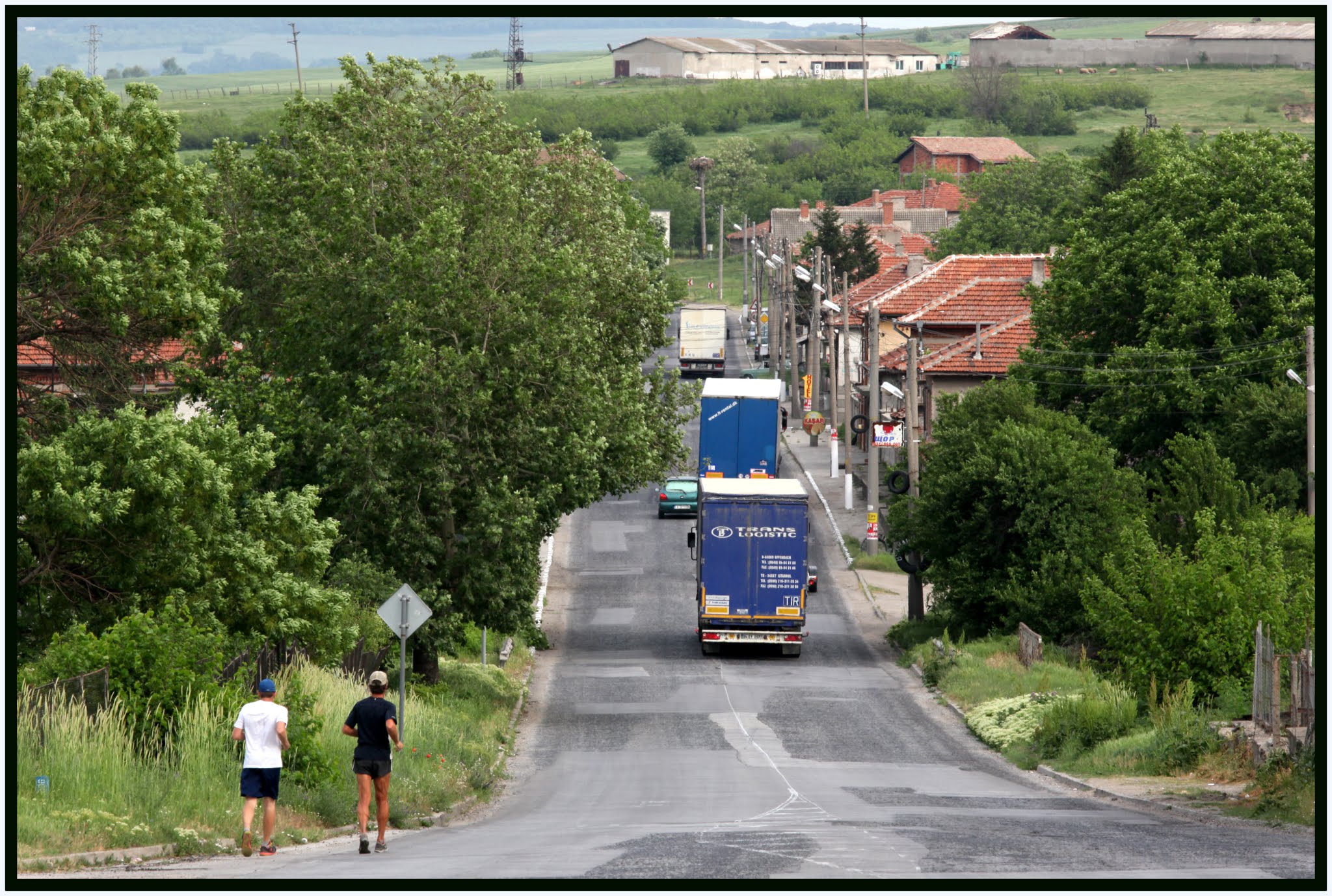 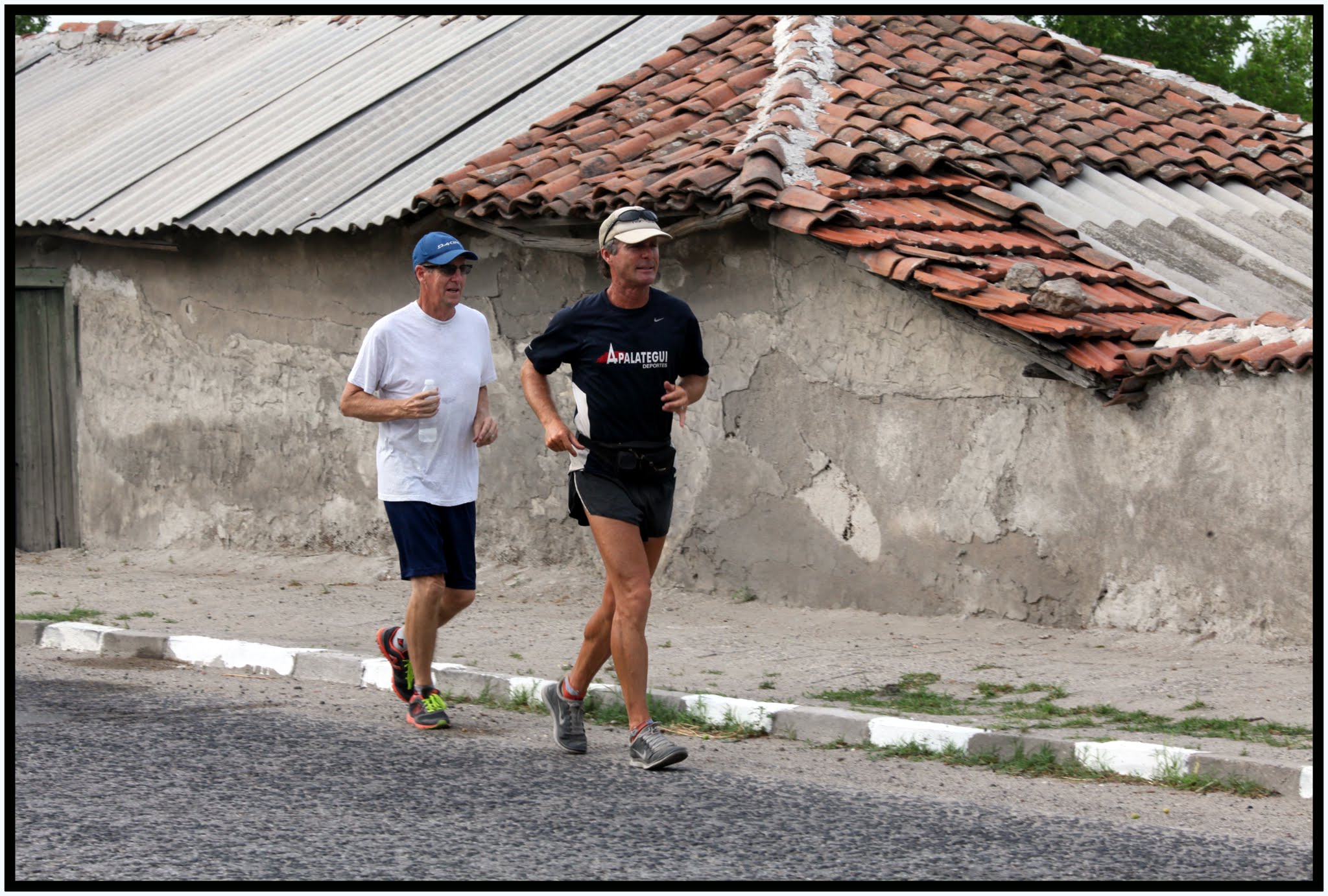