I forgot to mention in my last post that last Saturday I passed the 5,000 km mark for this year. That’s one of the earliest I’ve reached 5,000 km, and puts me on track to finish the year around 5,800 km – far less than during my run around the world, but otherwise a pretty good year.

I was running just east of Mendoza in Argentina on this day in 2012. After the extreme hilliness of the Andes, it immediately became very flat once I reached Mendoza, as evidenced by the photos below. There’s also a photo of a one-legged cyclist we saw in Mendoza. He had a steel bar attached to one side of the chain ring and worked this with his hand – ingenious. 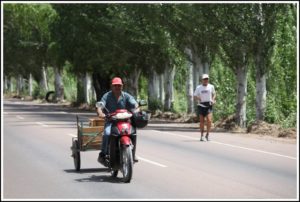 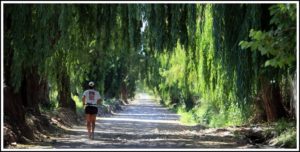 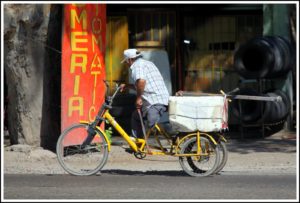 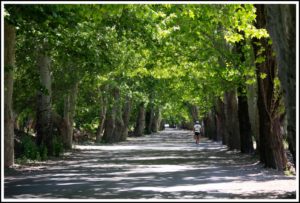